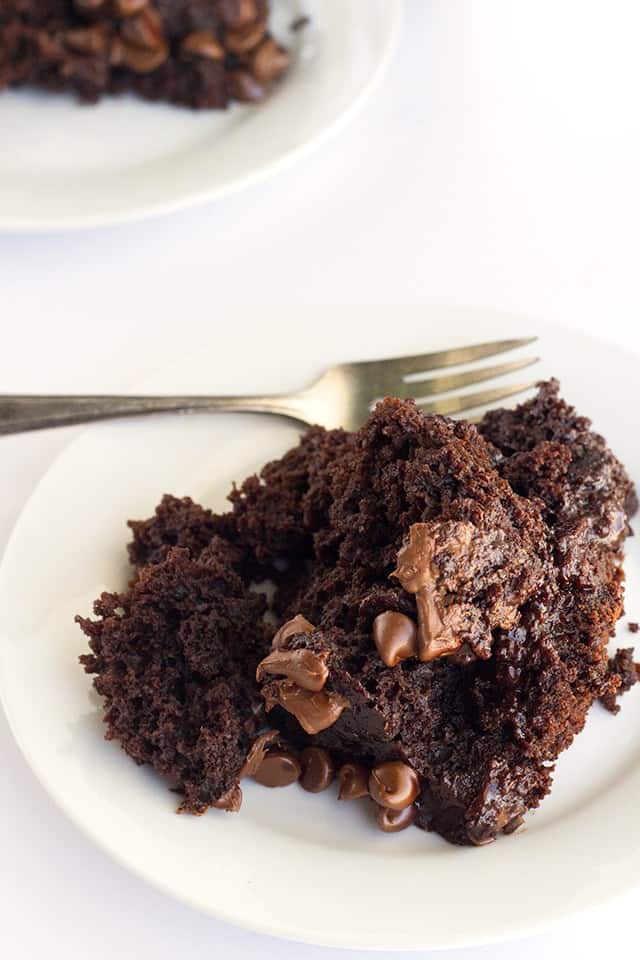 You know when you have the serious chocolate craving? This crockpot lava cake will fix that craving for you in one scoop. It seriously has four different kinds of chocolate shoved into it. There's cocoa powder, semi-sweet baking chocolate, fudge sauce, and an entire bag of milk chocolate chips.

And when you think it can't get any better, you find out that this crockpot chocolate lava cake recipe doesn't require a hand mixer or an oven! Whatttt.

I only have 4-quart slow cookers, so that's what I used. Who needs multiple slow cookers? I suppose a food blogger that had a maroon one, but wanted a black one for photos. I also wouldn't mind a white one, but 3 is just too many. Right? Yeah, it definitely is. I'm not doing that.

You may use a bigger crock pot, but the cooking time may differ for you. Watch the ending of the video tutorial to see what the fully cooked chocolate lava cake looks like. It won't be shiny or jiggly in the middle. 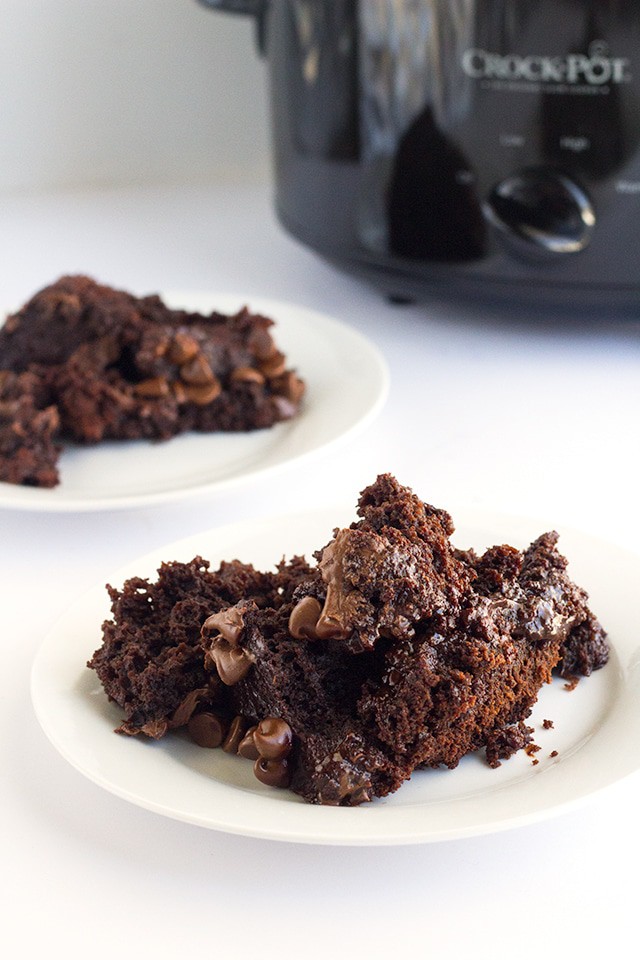 I think my crock pot has a hot spot in it. I had one side get crunchy. It was like the edge of a brownie, which isn't my thing, but thank goodness it was only on the edges of the one side. Everything else was the perfect combination of cake and gooey chocolate.

There's only one thing missing from the slow cooker chocolate lava cake; vanilla ice cream. I'm kicking myself for not having it in the house when I made the lava cake recipe. For one, my preferred way to eat ice cream is with cake. For two, it would have made some amazing pictures. It would have been the perfect melty looking mess that I like. 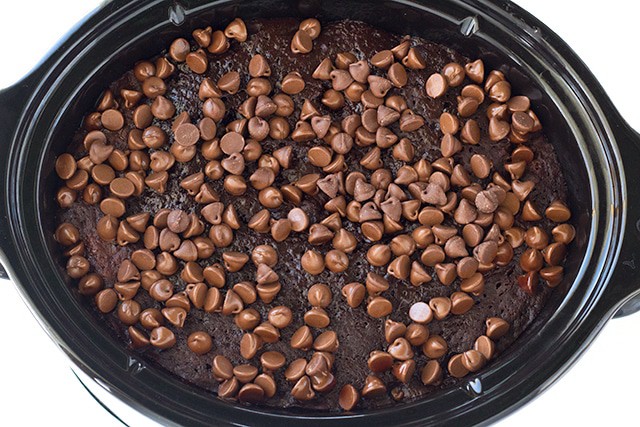 Pro Tip: I removed the paper towel after 2 hours. Totally not necessary though.
Did You Make This Recipe?Snap a photo and share it with us down below! ⬇⬇ 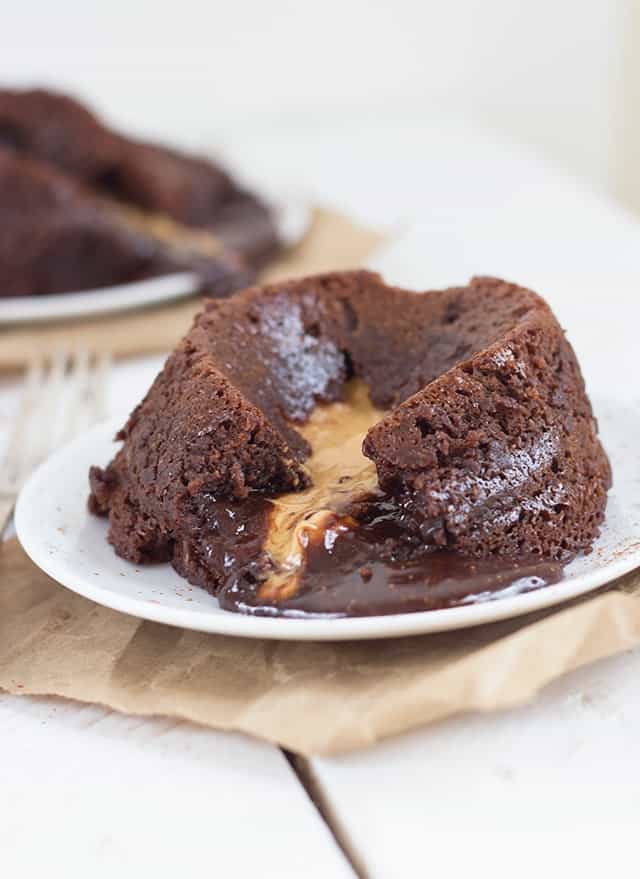 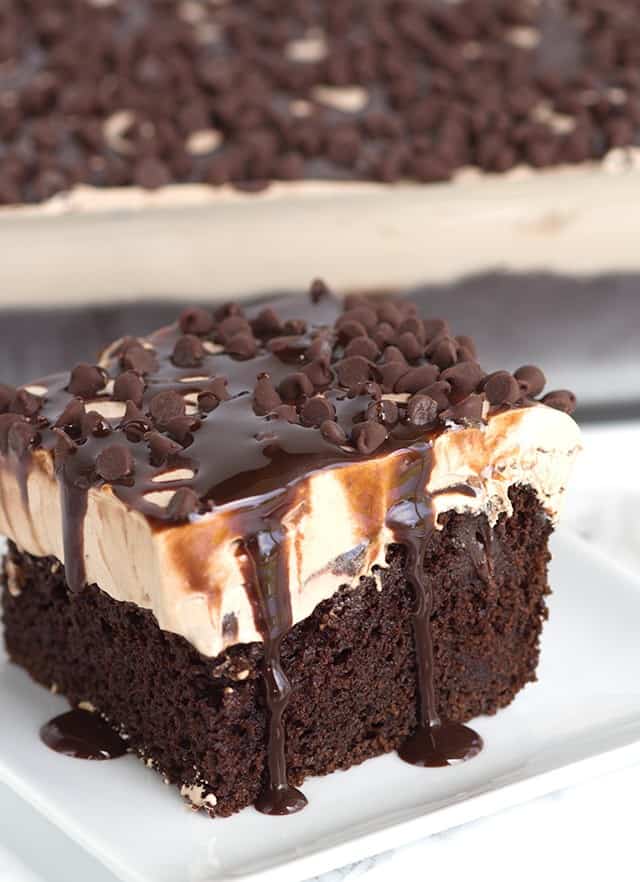