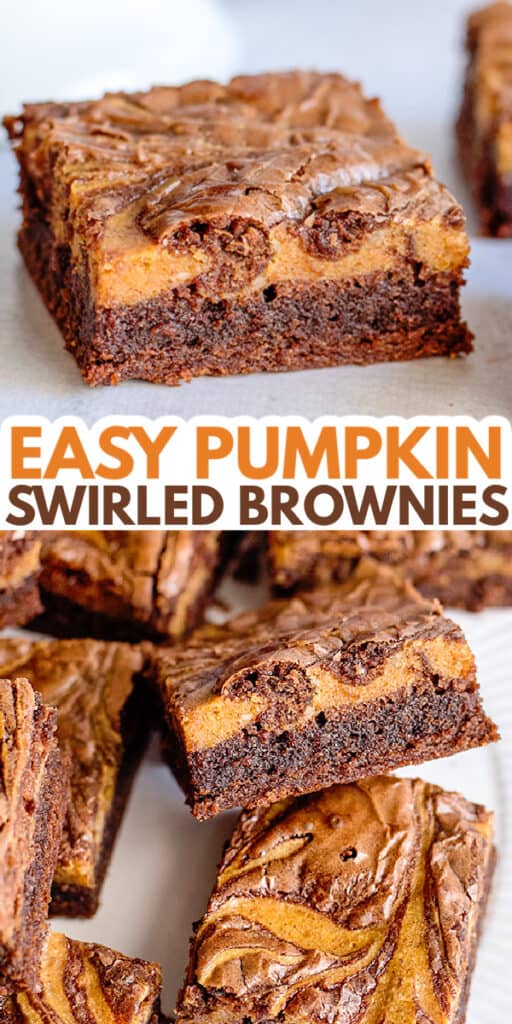 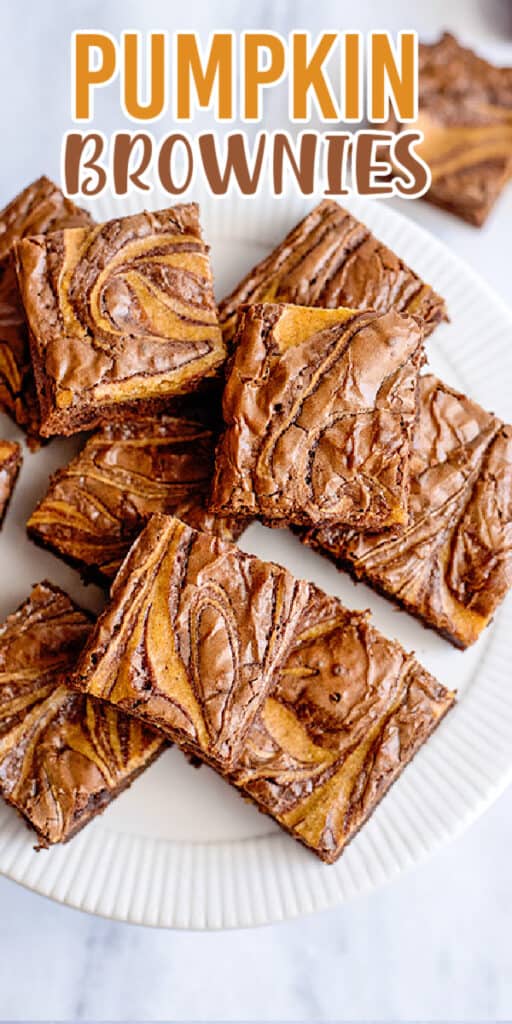 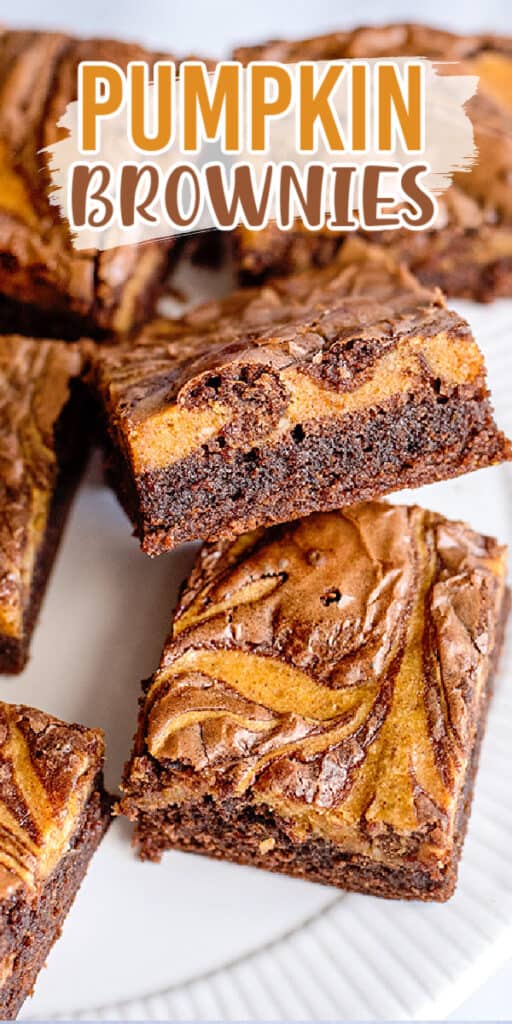 Pumpkin Brownies are my go-to brownie for the fall months. This is a pumpkin brownie recipe with a fun pumpkin cheesecake swirl throughout. Colorful, moist, and delightful down to the last crumbs. Keep scrolling to learn how to make pumpkin brownies that will wow a crowd. Check out the rest of my brownie recipes too!

I love pumpkin cheesecake brownies. This pumpkin swirl brownie recipe is so easy to make. It gives your brownies a really pretty design and people will beg for the recipe.

I shortened up the prep work with a boxed brownie mix. The best part is that no one will even notice they are not homemade brownies.

If you have a killer homemade brownie recipe though, you're more than welcome to use that instead.

How to make the Pumpkin Cheesecake for Swirling?

How to swirl Cheesecake Brownies

Do Pumpkin Cheesecake Brownies need to be refrigerated?

Yes. Because of the cheesecake swirl throughout the brownies, they have to be refrigerated. If these brownies are left out on the counter they will go bad rather fast. So after you have finished baking and your brownies have cooled down a bit, transfer containers or cover and place in the refrigerator.

The good news is our brownie batter has vegetable oil in it so when the brownies come out of the fridge they won't be hard as a rock.

How long do Pumpkin Brownies last?

You can store your brownies for 4-5 days in the fridge. The first few days offer the best quality in the brownies. As the days pass they will become a bit drier, so aim to eat them up sooner than later.

How long do Pumpkin Brownies need to bake?

Can you freeze Pumpkin Swirl Brownies?

Yes! This brownie recipe freezes nicely. Simply bake your brownies accordingly and then allow them to fully cool. Once the brownies are cooled off you will transfer them into an airtight container or even a sealable freezer bag.

Just make sure if you stack the brownies you place a layer of parchment paper or wax paper between the layers to prevent them from sticking together.

To thaw, place the brownies in a single layer on a plate and let them sit out at room temperature.

Can I make these Pumpkin Brownies ahead of time?

Yes, you can make these brownies up to 24 hours in advance. If you go longer than 24 hours you run the risk of losing that fresh first-day flavor. But, make and store in the fridge until you are ready to serve up to family or guests. 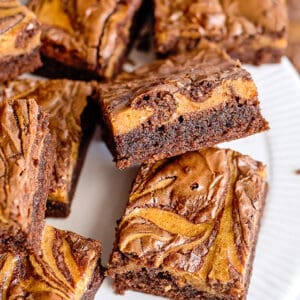