This shop has been compensated by Collective Bias and its advertiser. All opinions are mine alone. #SpookySnacks #CollectiveBias 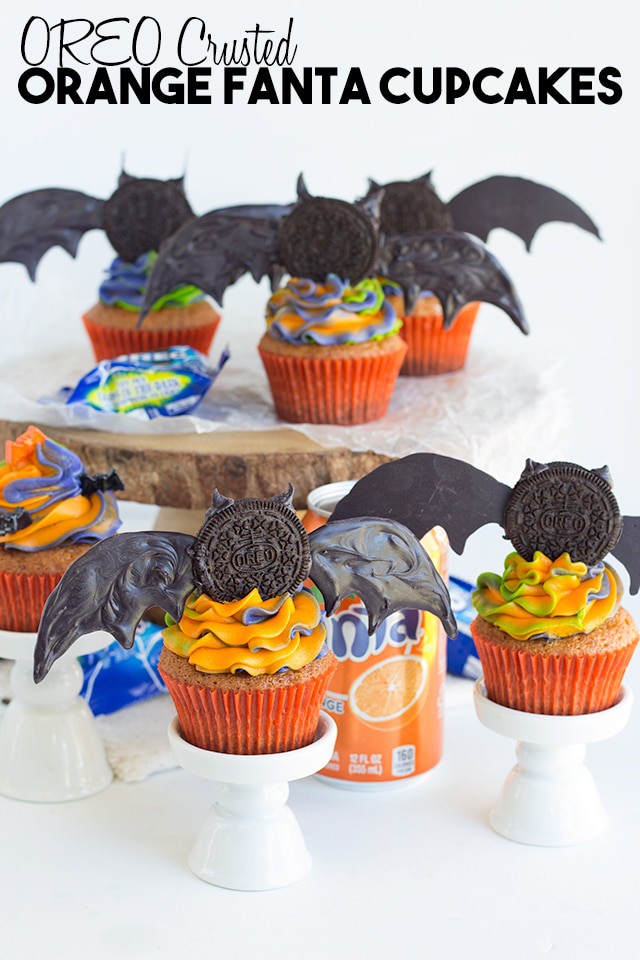 I'm a pretty big fan of these OREO crusted orange Fanta cupcakes. They have both a vanilla flavor and orange flavor, which I can't get enough of. It's like the OREO cookies and Fanta were meant to be together. The top of the cupcakes were dipped in a thin Fanta glaze to give it an extra boost of orange flavor. It also helped provide the cake with a little extra moisture. I'm always up for a moist cake. Afterwards, I added a cute Halloween colored frosting swirl and made some simple bats with OREO cookies and black candy melts. I seriously couldn't be happier with these little cupcakes.

My four-year-old loved the little bat cupcake toppers. They took a little time to make, but completely worth it. How often do you get to make a completely edible bat? Only Halloween, so enjoy it. PLUS, little boys go crazy for them. They'll beg you to take them to any Halloween party that they're attending. Trust me, it started as soon as he set eyes on them. 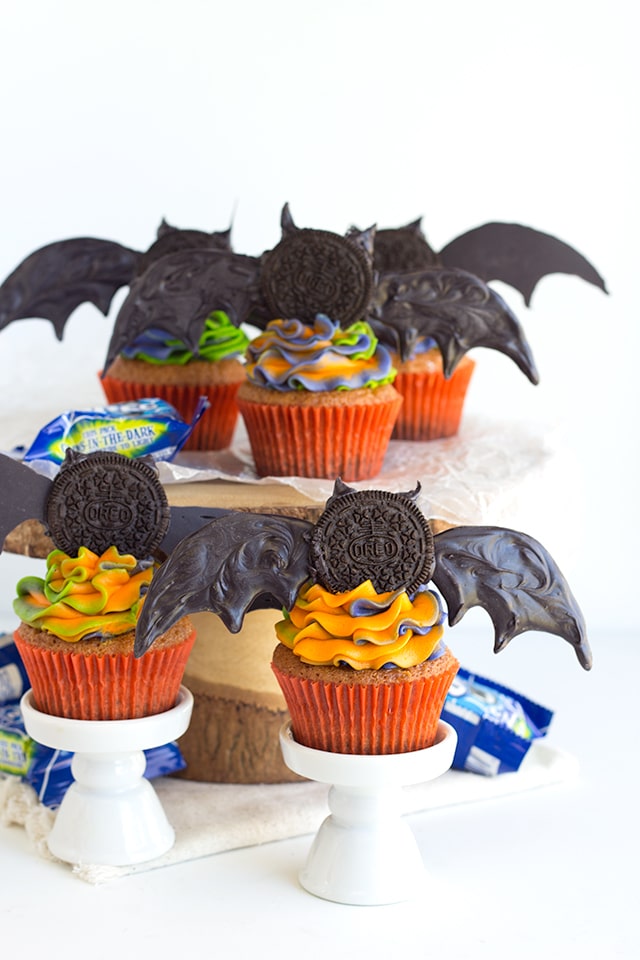 The crust on the bottom of the cupcakes add a fun flavor and texture to the cupcakes. I finely ground the OREO cookies with a food processor, but you can just place them in a bag and beat them with a rolling pin until the crumbs are very fine. I found that I enjoy the cookie crumbs very fine otherwise the texture of the cookies and cupcake kind of fight it out. 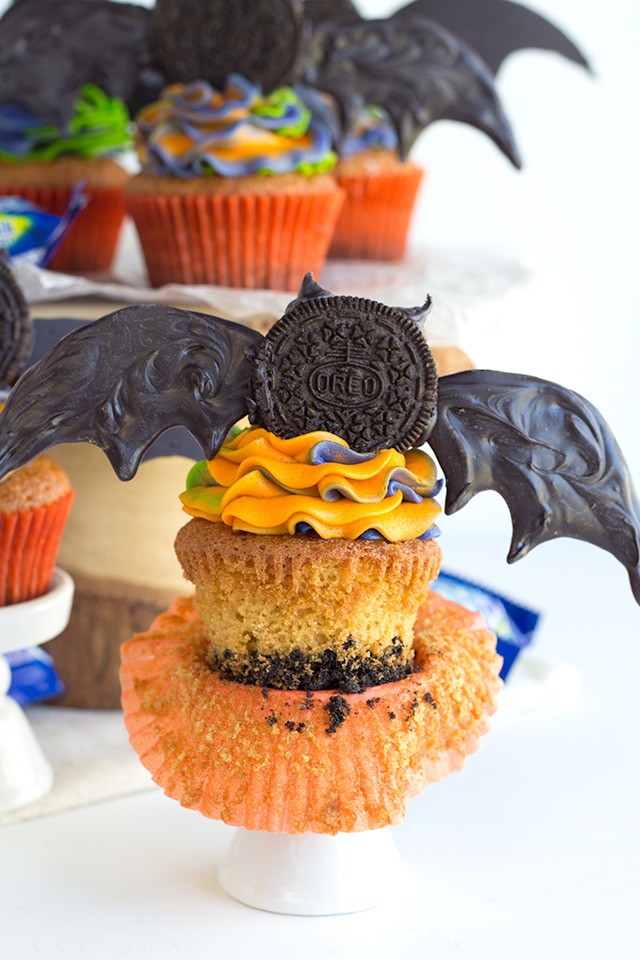 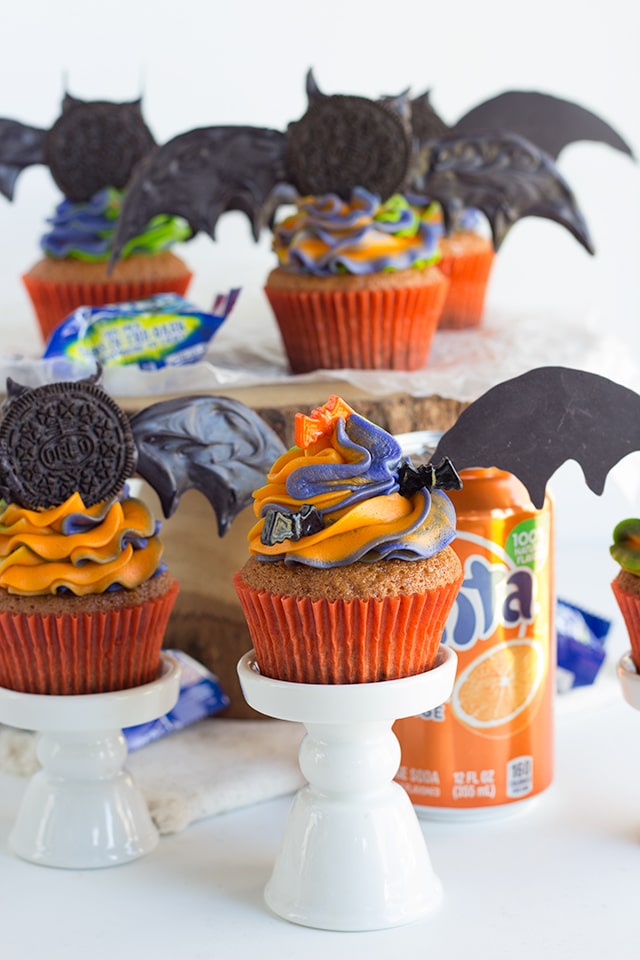 I headed to Walmart to pick up my supplies for this cupcake. I love being able to do a one stop shop. All the ingredients listed below can be purchased there including the Fanta and the OREO cookies in the Glow-in-the-dark 30 ct packaging. That's right! Another fun thing for your kiddies. Awesome glow-in-the-dark spiderweb packaging that are great to send to school with the kids. 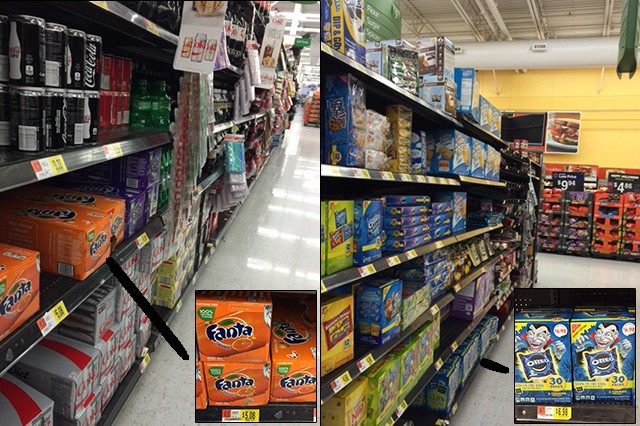 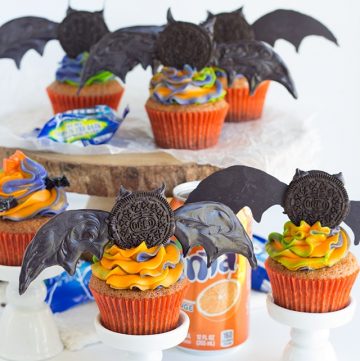 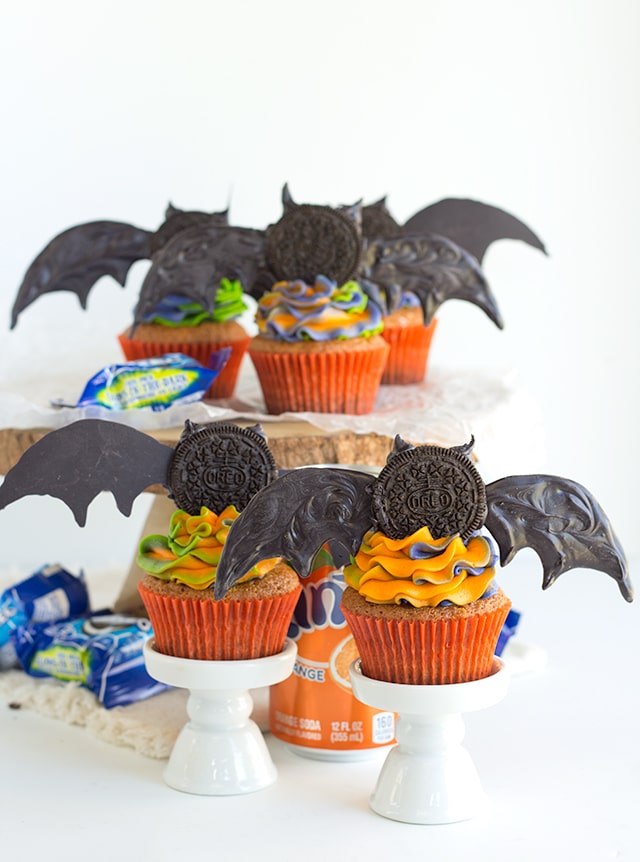 Evette Rios, the host of the CBS show Recipe Rehab is creating custom, Walmart-exclusive recipes that combines both Fanta and OREO products. These recipe are hosted exclusively on the #SpookySnacks social hub. Be sure to head over and check them out. There are a ton of deee-licious recipes.