This scrumptious Pumpkin Butterscotch Layer Dessert has a cookie crust, a pumpkin cheesecake layer, butterscotch pudding, and finally is whipped cream. It makes a great Thanksgiving dessert for the whole family to share! 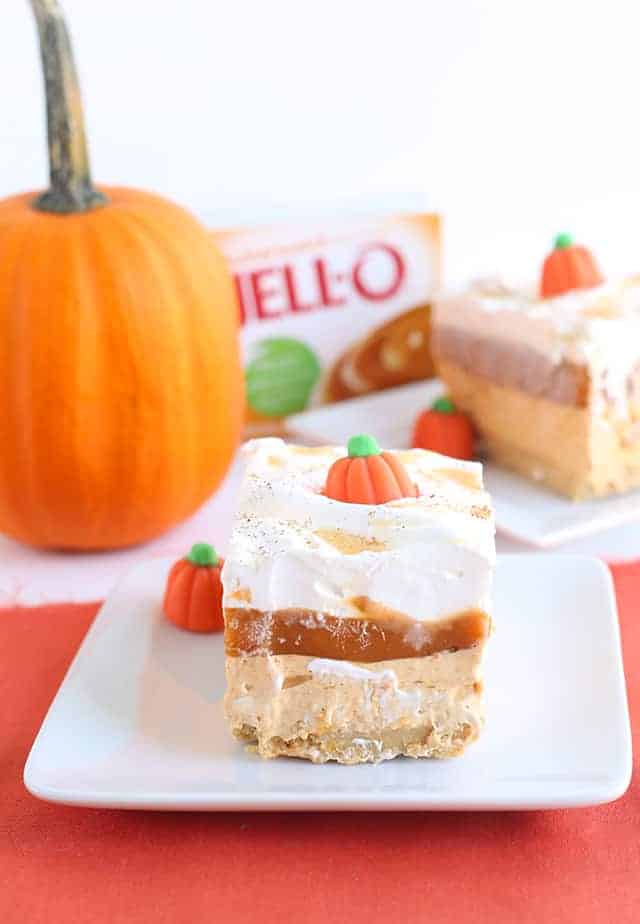 Step aside pumpkin pie, there's a new pumpkin dessert in town! I love making layered desserts and you folks seem to love to see them. People have gone bananas over my chocolate peanut butter layer dessert. The pictures aren't necessarily even close to being pretty either. 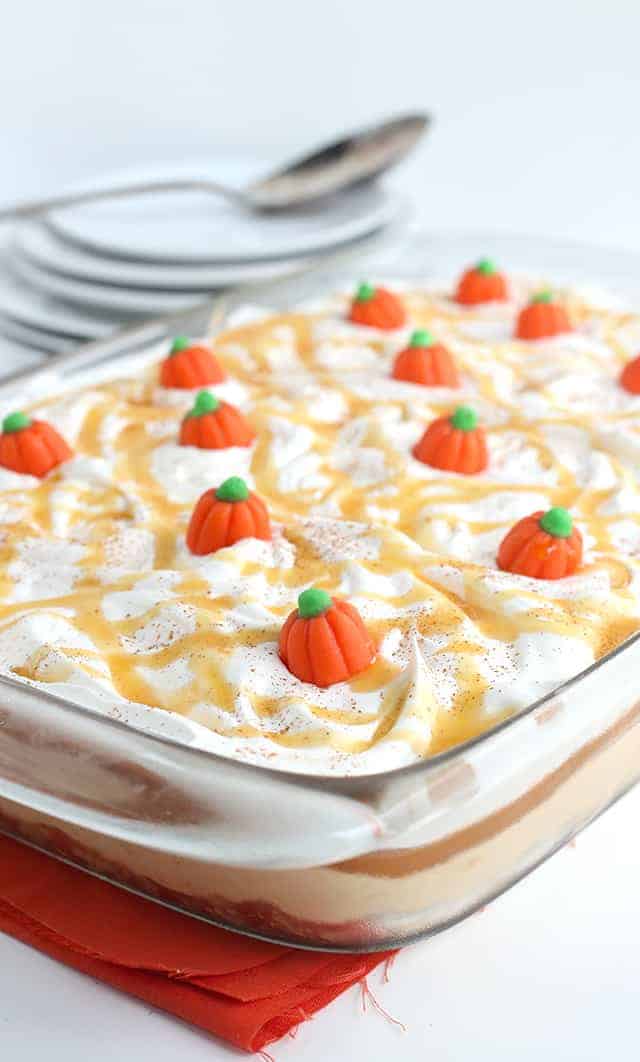 I absolutely love using JELL-O pudding in recipes. You can use it as a dry mix or in pudding form in SO many dessert recipes. It makes cookies softer while adding a pop of flavor. It's great in trifles, parfaits, layered desserts, ice box cakes, (poke) cakes, etc. If you can think it, you can make it! 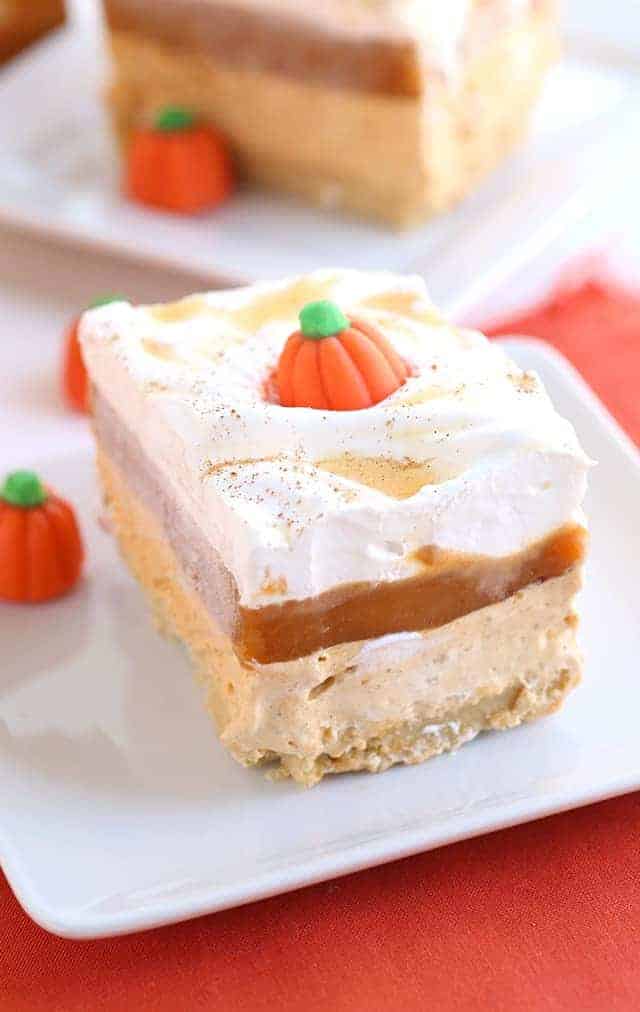 The holidays are my favorite time of the year. I love getting together with my family, bonding with them and sharing a feast! No matter the size of our dinner, we somehow find a way to eat dessert too.

We always have very similar desserts for every holiday. There's a pumpkin dump cake and/or pumpkin pie, sometimes apple pie, and peanut butter pie. There's always a tiny blueberry pie for my dad. He's the only one that eats it and he eats like a bird so a small pie does the trick for him. 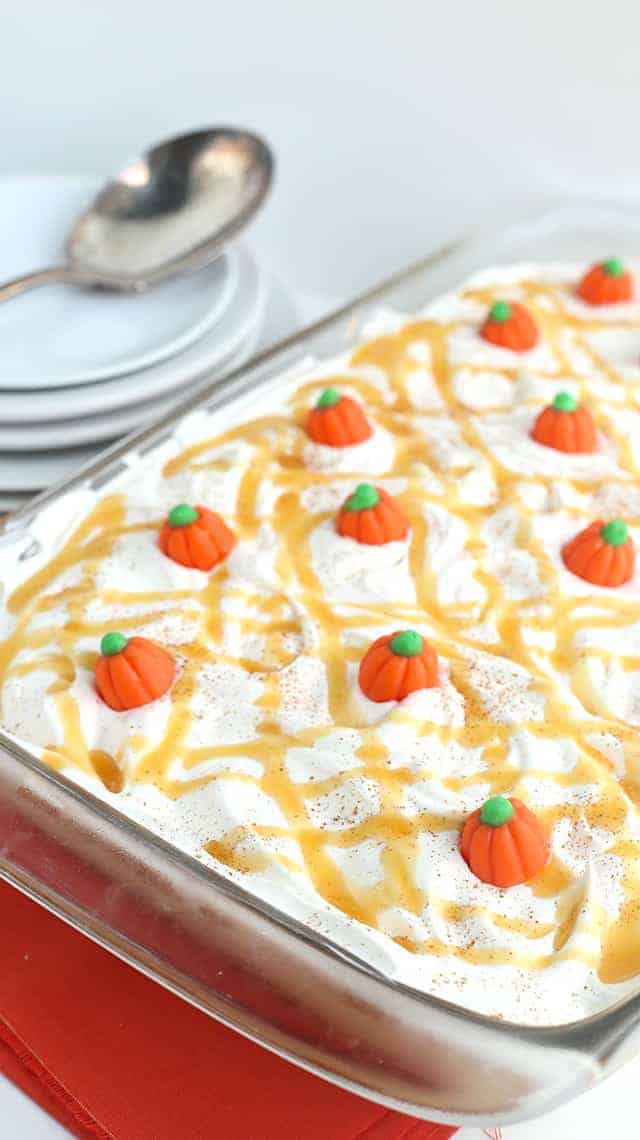 My top secret tip is to first check out the desserts and see if anything peaks your interest. If there is and there's no possible way that you can dig into it just before dinner, go light on the dinner servings. OKAY, that's not a top secret tip, or a tip at all really. I'm kind of known to just dig into dessert whenever so it's probably best to just ignore my tips anyhow.

It's pretty normal for me to be out in the kitchen helping whip together dinner with my mom. We normally do a little chatting and listen to holiday music. There's a lot of pitchy singing going on too. 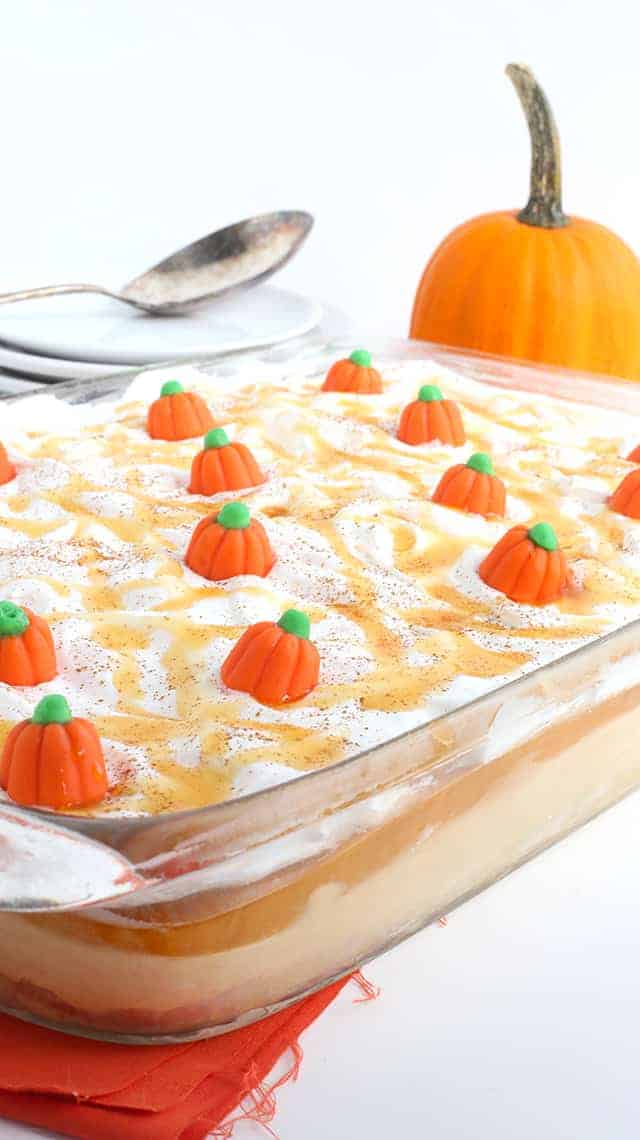 After dinner is ready and we begin serving it up, I'll take it out to the dinner table. My husband will stare me down and I'll snag a piece of ham from the platter and run like a crazy lady. He'll be a little tattletale and run after me. By the time he catches me, I've always eaten the ham. Let me remind you that we are both 30  and have a 6-year-old son and this has been going on for years. It's all in good fun and everyone laughs. These will be the things about the holidays that our son will remember and pass down to his kids someday. 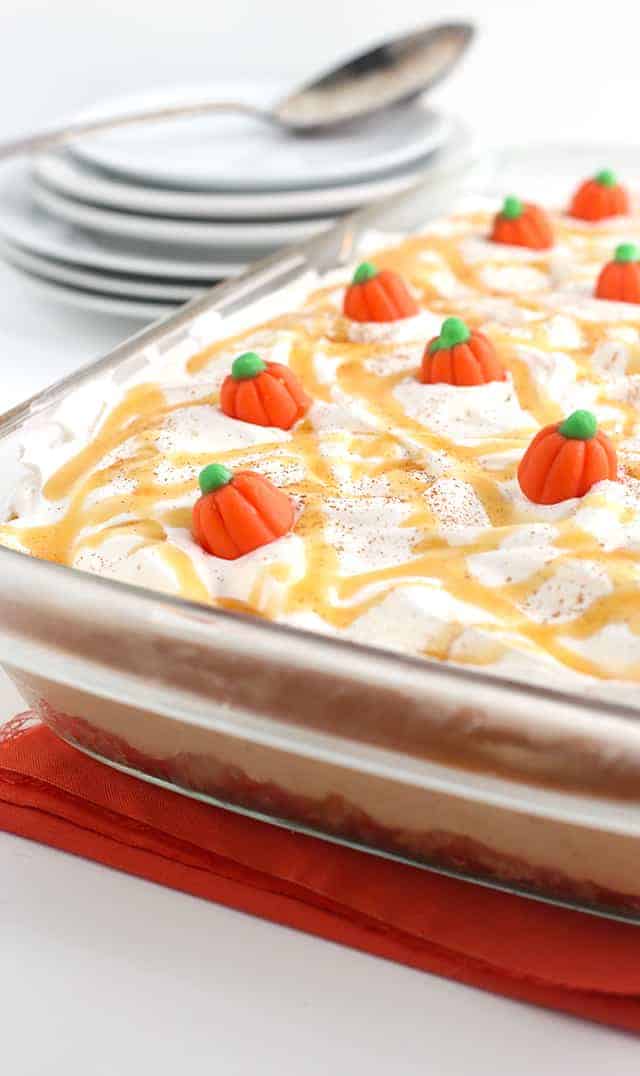 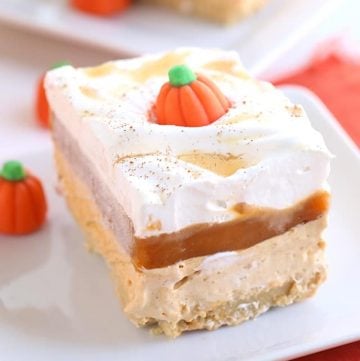 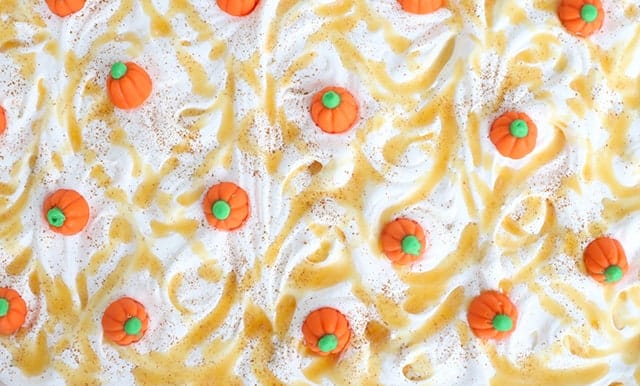 Head over to the JELL-O site to get more fantastic ideas!