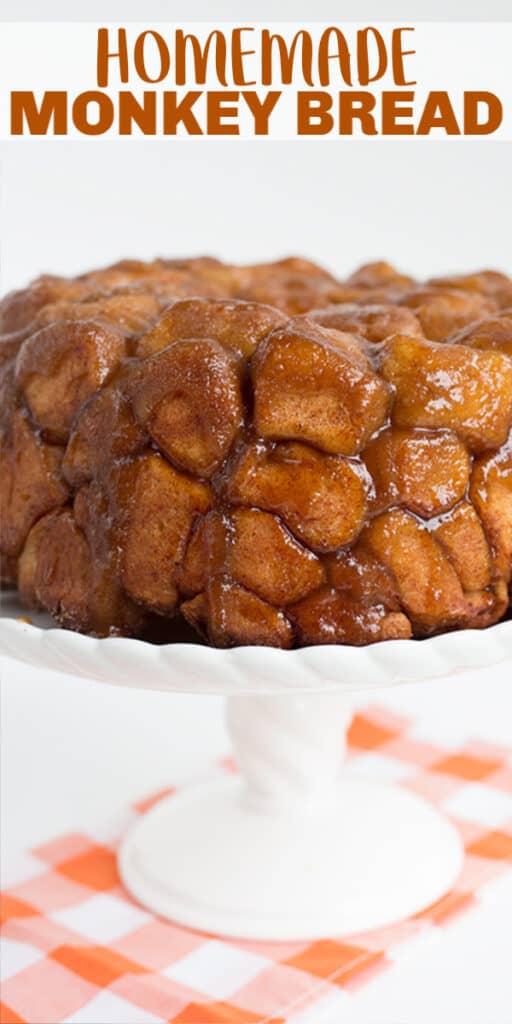 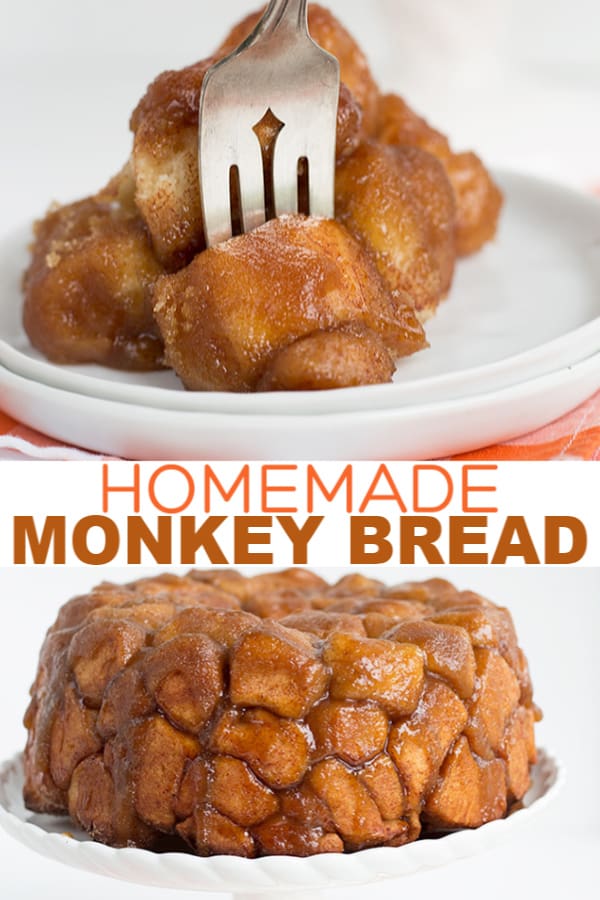 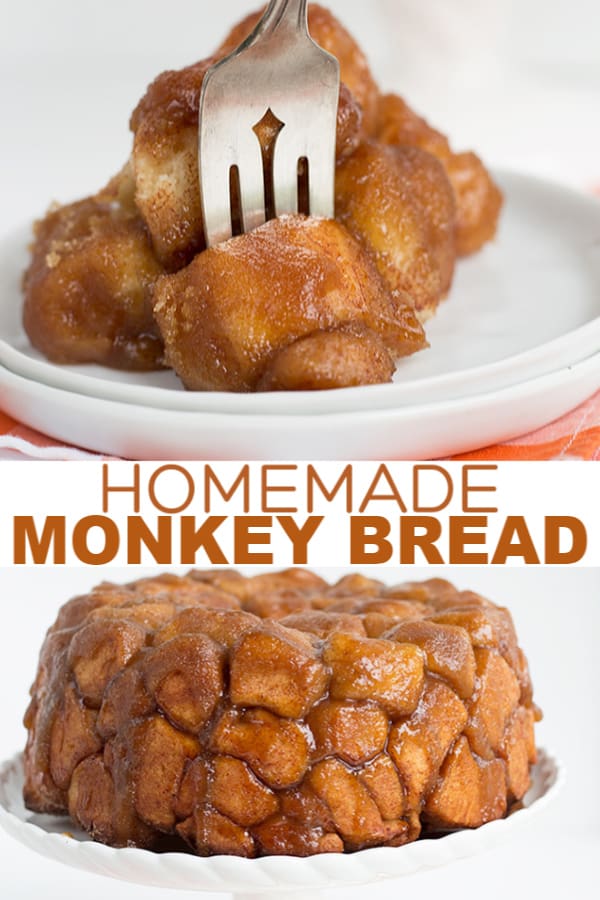 This Monkey Bread from Scratch is well worth the effort. It's is a classic pull-apart bread made with homemade sweet dough and coated with plenty of cinnamon sugar! The topping is a combination of melted butter and brown sugar that makes the top pieces of this homemade monkey bread the best part of the whole thing! I also have an amazing easy monkey bread recipe using biscuits.

Monkey bread is a pretty popular dessert, at least at my house. It's an all-time favorite of mine. I'm setting aside the store-bought cans of biscuits today and making homemade monkey bread with a sweet dough that can be whipped up in 15 minutes.

I have to be real with you for one minute. Popping those cans of biscuits scares the life out of me. I hold the can as far away from me as possible, shut my eyes nice and tight, and then give it a squeeze on the seam. Please tell me I'm not the only one that hates popping cans of biscuits!!

How to make monkey bread from scratch

I like to add the yeast, warm water, and sugar into a bowl and let it sit for 5 to 10 minutes until it's foamy. If the yeast doesn't get foamy, dump the mixture out and start over because your yeast didn't activate. It happens sometimes if your yeast was stored at room temperature or if your water is too hot.
While waiting for the yeast to become foamy, grab a bowl and get your milk and butter warming. I just pop it in the microwave, but it can also be done in a small saucepan. If you're doing it in a saucepan, heat it until bubbles begin to form around the outside edges. Don't let it boil.
Add the yeast mixture and milk mixture into the stand mixer bowl. Add some more sugar and stir. Dump in the bread flour and beat with the dough hook until the bread comes together and forms a smooth ball. If you don't have a stand mixer, feel free to knead with your hands on a floured surface until you have a smooth ball. Coat the dough with vegetable oil, throw a tea towel on top and let it rise until it's doubled.
Heat the brown sugar and butter in a saucepan until the butter is melted. Pour it into a greased bundt pan and get to work on the dough. Punch the dough down and roll it out to about an inch thickness on a floured surface. Slice the dough into 1-inch strips and go the opposite direction cutting 1-inch strips. These don't need to be perfect. I just eyeballed my measurements! You should have little squares.
Roll the pieces of dough in a bowl of cinnamon and sugar and pop them into the prepared bundt. It's that easy.

Make ahead sweet dough
To make the dough a day ahead, start by making the dough. After the smooth dough ball is formed, coat it in vegetable oil, cover with plastic wrap and place it in the refrigerator. The next day place it in a warm area and let it rise until doubled. It will take several hours since it needs to first come up to room temperature.
Make ahead monkey bread
You can make this monkey bread ahead of time as well. Prepare the recipe just as instructed in the recipe card down below and before letting the monkey bread rise for 30 minutes, cover with plastic wrap or foil and place in the fridge overnight. The next day, remove the plastic wrap, place it in a warm area to rise for the 30 minutes, and bake. Just know that the ooey gooey melted butter and brown sugar will harden at the bottom of the pan and may become less ooey gooey and may be more clumpy.

Can I freeze monkey bread?

You can also cut the monkey bread up and place it in freezer bags or freezer containers.

Let the monkey bread thaw and heat it up in the microwave in 3o second bursts for a soft, gooey snack.

How long will monkey bread last?

The monkey bread will last on the counter for about 4 days as long as it's tightly covered. 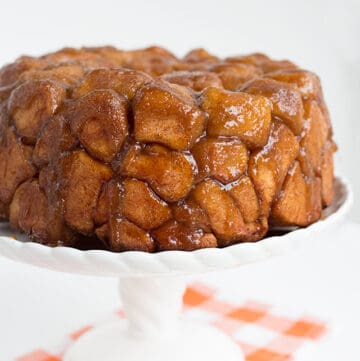 I posted this recipe for Homemade Monkey Bread first on Iambaker.net as a contributor.