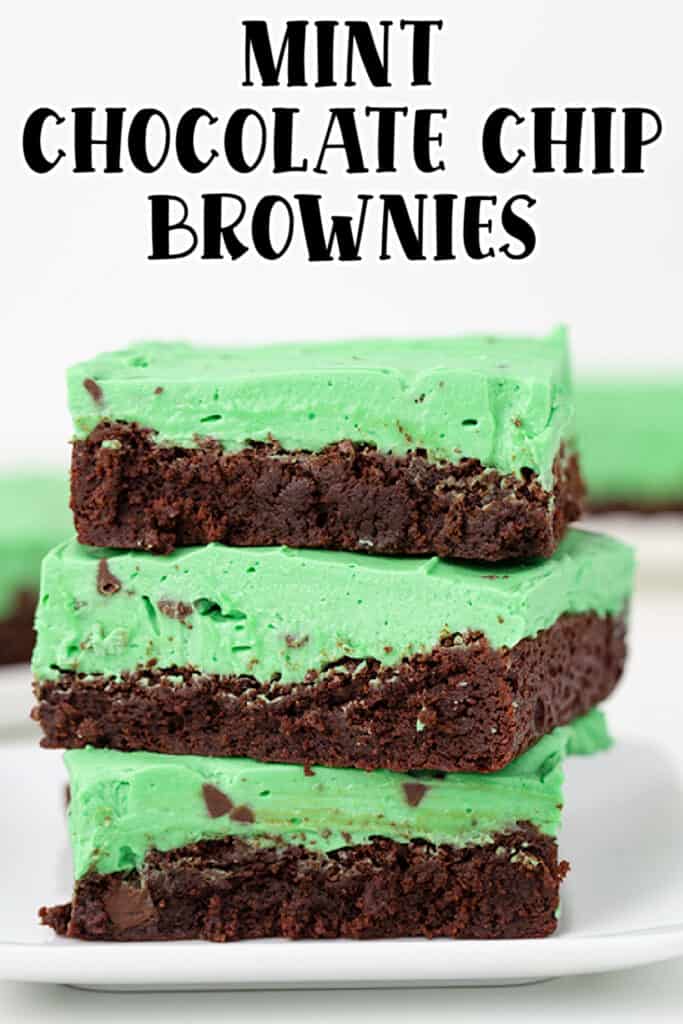 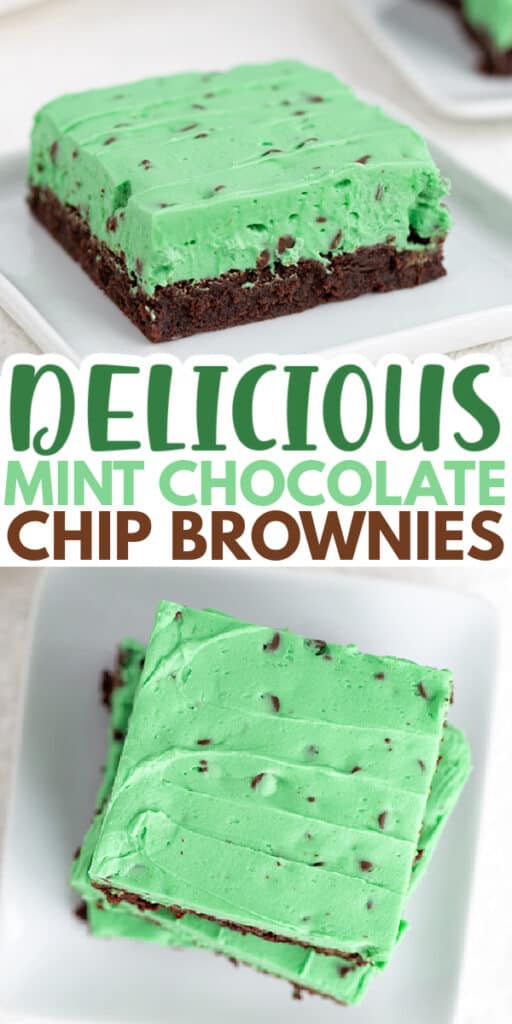 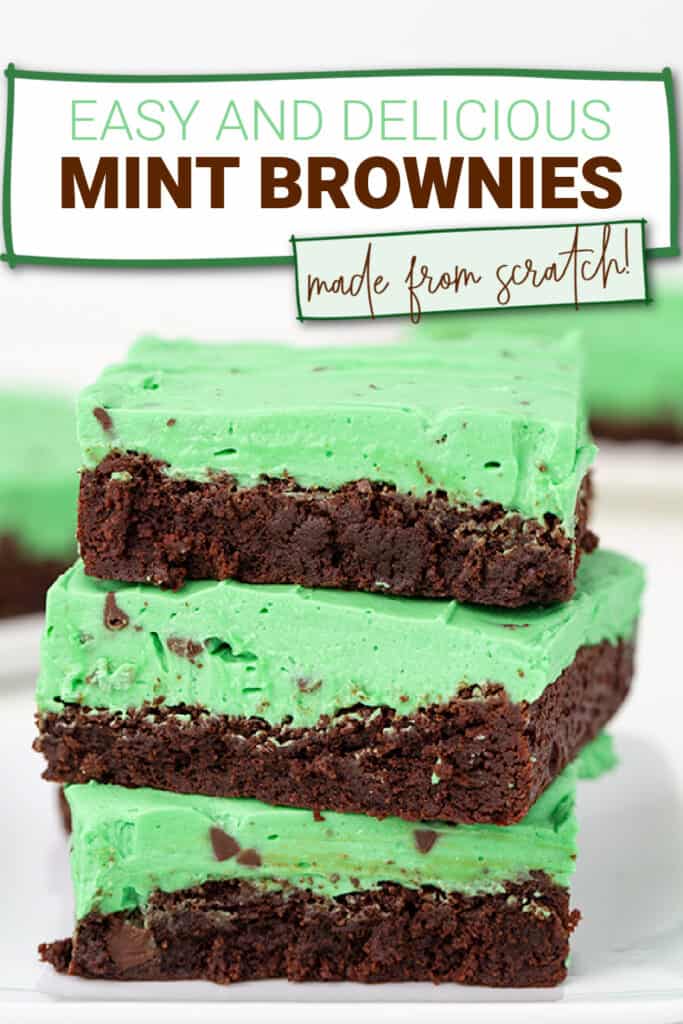 These Mint Chocolate Chip Brownies have a homemade fudgy brownie that's topped with a mint frosting with mini chocolate chips folded into it. It's the perfect brownie recipe for mint chocolate lovers or for St. Patrick's Day!

My son has been asking for some brownies with mint frosting on top because those are his two favorite flavors. Do you recall the peppermint patty cupcakes I made for him many, many years ago, or maybe the Peppermint Patty Birthday Cake?

Anyway, I finally got to it and also whipped up a mint cheesecake brownie recipe that I hope to post in the next week so keep your eyes peeled.

Homemade Brownie Recipe| To make this brownie recipe, you'll need to first melt the butter and chopped chocolate together. The recipe calls for baking chocolate, but you can also use chocolate chips if you don't have baking chocolate on hand.

Once the butter and chocolate are completely melted, add in both sugars, eggs, and vanilla extract. Using a hand mixer, beat the batter until it's light brown and thick. This will take about 1 to 2 minutes.

Add the cocoa powder, flour, baking powder, and salt to the mixture and beat on medium just until the flour and cocoa powder are just mixed in. The batter will be extra thick.

Add dollops of the brownie batter to the prepared 8x8 square pan and bake until the top is crinkly and a toothpick inserted into the middle of the brownie comes out with moist crumbs or clean.

Allow the brownies to cool completely before working on the frosting.

Mint Chocolate Chip Frosting | Mint frosting is so easy to make! I typically add the butter, powdered sugar, extracts, milk, and food coloring to a large mixing bowl and beat with the hand mixer on low until combined.

Bump the mixer up to high and whip the frosting until fluffy. Fold in the mini chocolate chips and spread on top of the cooled brownie.

How to store Mint Chip Brownies

You can allow them to come back up to room temperature before eating or serve them chilled.

Then wrap the mint brownies whole or in individual pieces in plastic wrap and then place in a freezer bag or freezer container for up to 3 months in the freezer. I would recommend leaving the brownies whole to keep the edges from drying out.

To defrost the brownies quickly, place them on the counter to come up to room temperature in about an hour or thaw slowly by placing them in the fridge overnight.

Can I double the homemade brownie recipe

Can I add mint extract to the brownie recipe

Yes! I think the mint will overpower the brownie if you have it in the frosting already, but if you plan on leaving the frosting off from these brownies, feel free to add about ½ teaspoon direction to the brownie batter when you're adding the vanilla extract.

How do I make a chocolate topping for mint brownies?

I would recommend using a chocolate ganache recipe for the topping. This will need to be refrigerated.

To make a chocolate ganache topping, add ¾ cup chocolate chips and ½ cup of heavy cream to a microwave bowl or double boiler. Microwave in 30-second intervals and stir after each interval until the chocolate is completely melted and smooth.

Pour the ganache on top of frosting and gently smooth out. Place in the fridge for 2 to 3 hours until the topping has set up before cutting.

Absolutely. I like to use mint extract because it has spearmint in it as well as peppermint, but it can be hard to find at times. 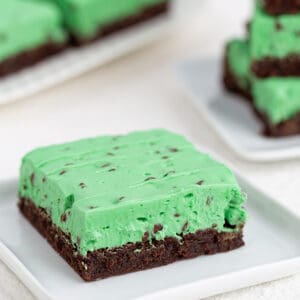