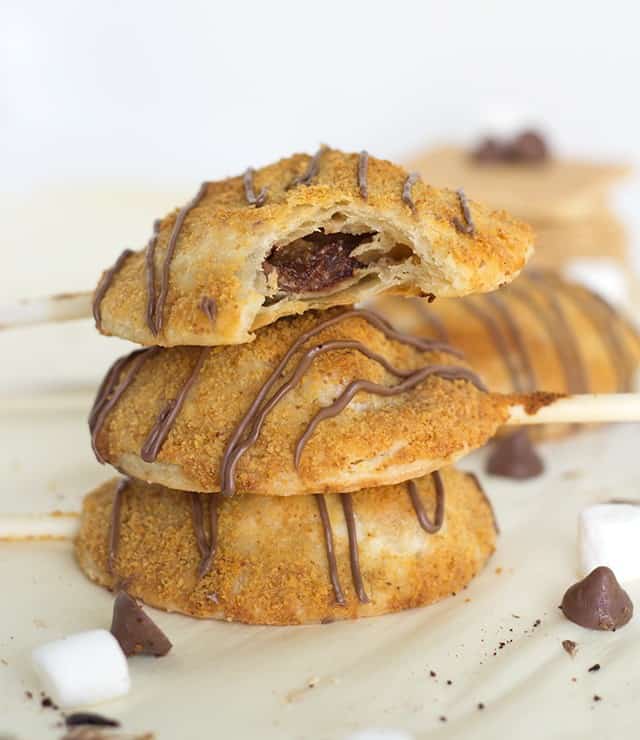 With the air getting slightly chilly at night, I can't help but think of smores. I got creative and made some smores pie pops that I can't get enough of. They're so cute AND on a stick. Let's back up a minte. Can you believe that August is almost over? Where has the summer gone? I'm not really complaining. I love cooler weather and layers of clothes.

I started making this recipe last year. Lucian loves them. They are probably just as messy as a regular smores, but it's nothing a little soap and water can't handle. Maybe a little stain remover, if it gets serious. Chances are you'll probably just need a plate to catch the crumbs. Those cracker crumbs can get a little out of hand. 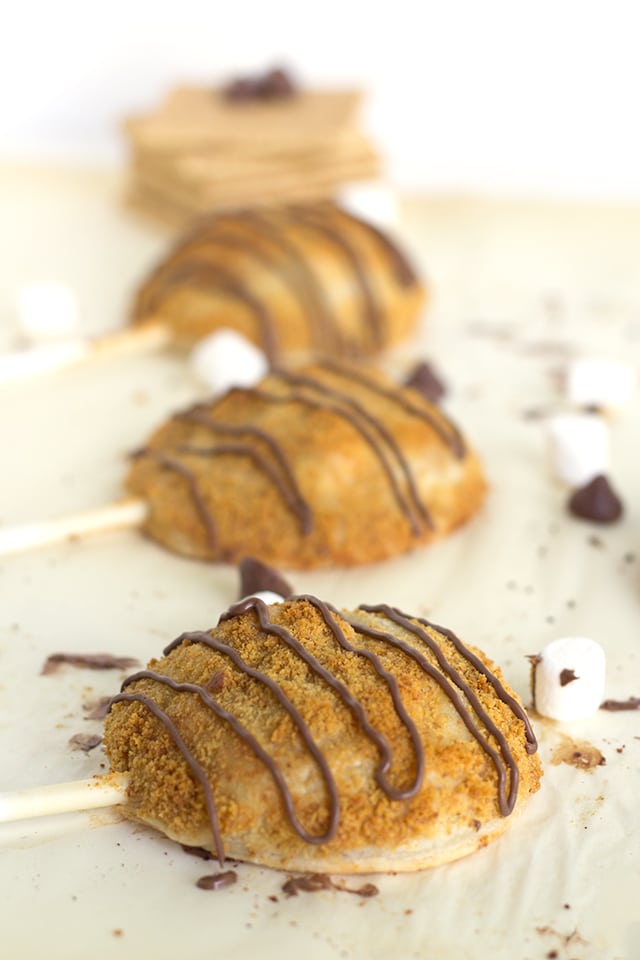 If you want to get your smores fix even quicker, you might want to take a peek at my smores mug cake. That recipe is another favorite of mine. The cake is so moist and tender. The cake is loaded with squares of chocolate bar, tiny marshmallows and graham crackers. I totally dig it. A LOT. 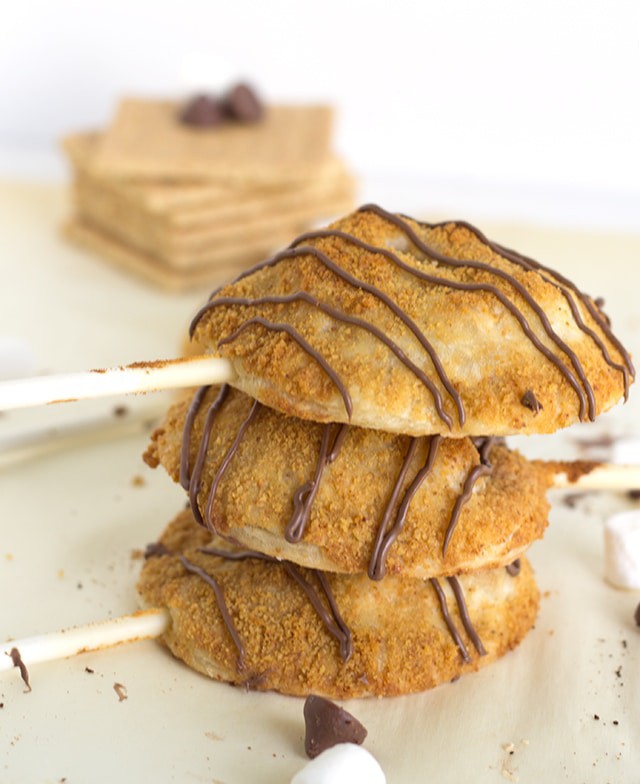 I really like the addition of the chocolate drizzle on top of the pies. They make the smores pie pops just a little prettier. The graham crackers leave the crust a little crunchy, and depending on the pie crust, you can have a perfect flaky crust. This would make a pretty neat treat for a party and everyone loves things in a mini form! 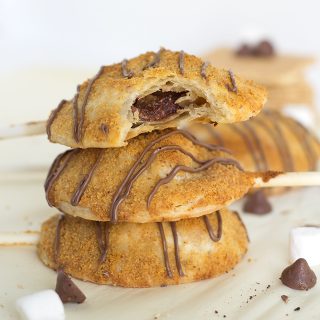