Baked churros are just as good as fried churros! Homemade churros cooked in the oven come out golden brown, with a crunchy exterior and a soft interior. This baked churros recipe is incredibly simple to make, and you don't have to worry about hot oil! 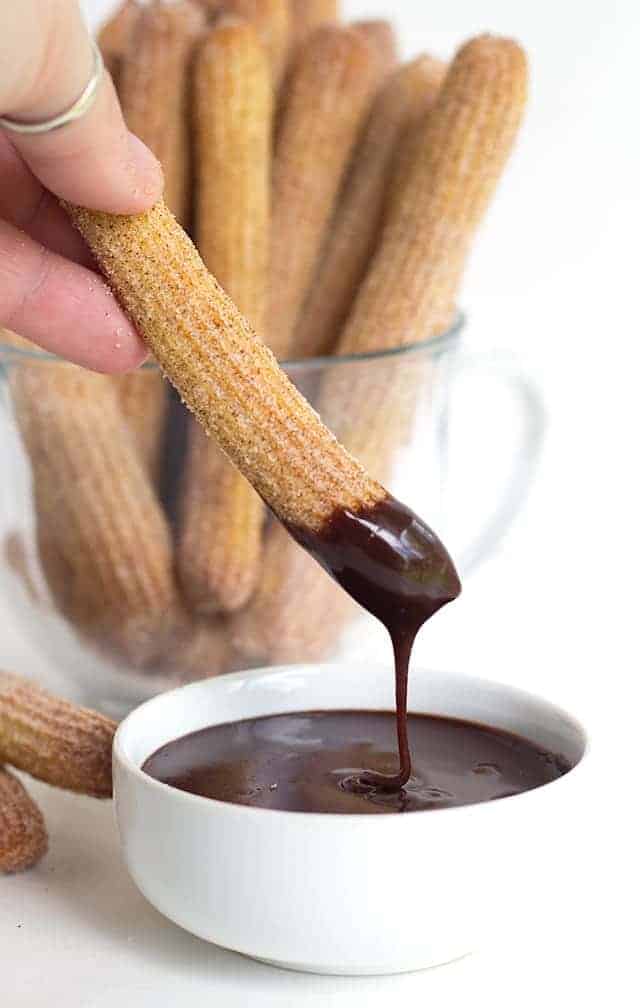 I seriously have been on the craziest cinnamon and sugar kick as of lately. After indulging in too many slices of Homemade Cinnamon Swirl Bread I made these oven baked churros to take down to my mom's last weekend. At first, she wondered if it's possible to cook churros in the oven and have them taste as good as deep fried churros.

She just raved about them once she tried them! She was a little unsure before she got a taste of those little heavenly choux pastry sticks.

Whenever my mom hears a recipe name that isn't familiar to her, she's a little hesitant to dive in. I guess that's pretty typical though. I'm the same way with dinner recipes, but I really don't need to worry too much about that since I do all of the cooking. 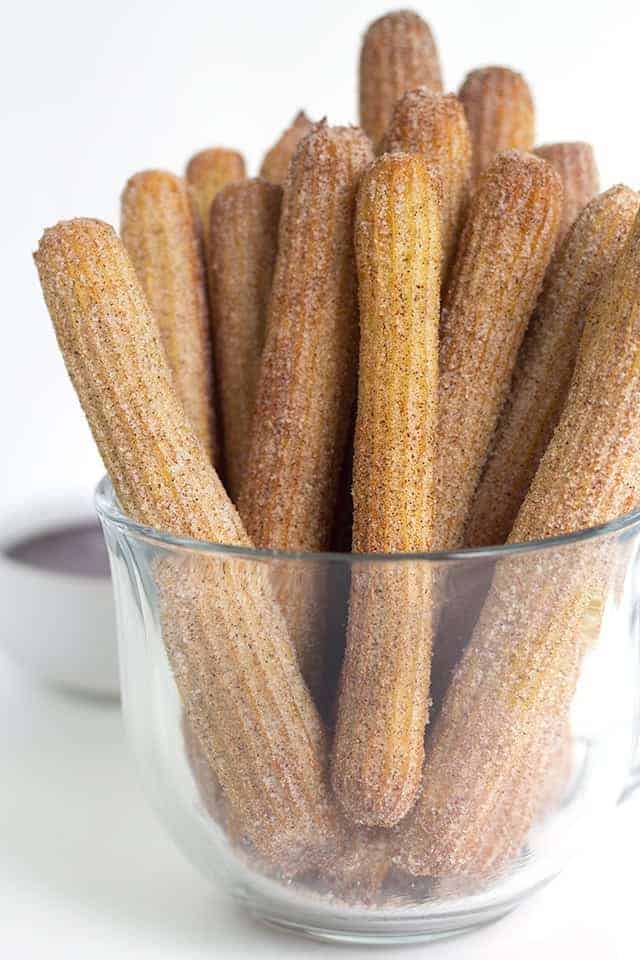 Well, except for yoga night. My darling hubby gets in the kitchen every Thursday without a fuss and puts dinner on the table for the family. He's my favorite. <3

He's also a much pickier eater than I am, so I have no worries about what he's making. It's pretty much a guarantee that he's not getting crazy with it. He makes things like fried chicken tenders with Buffalo Wing Dip. 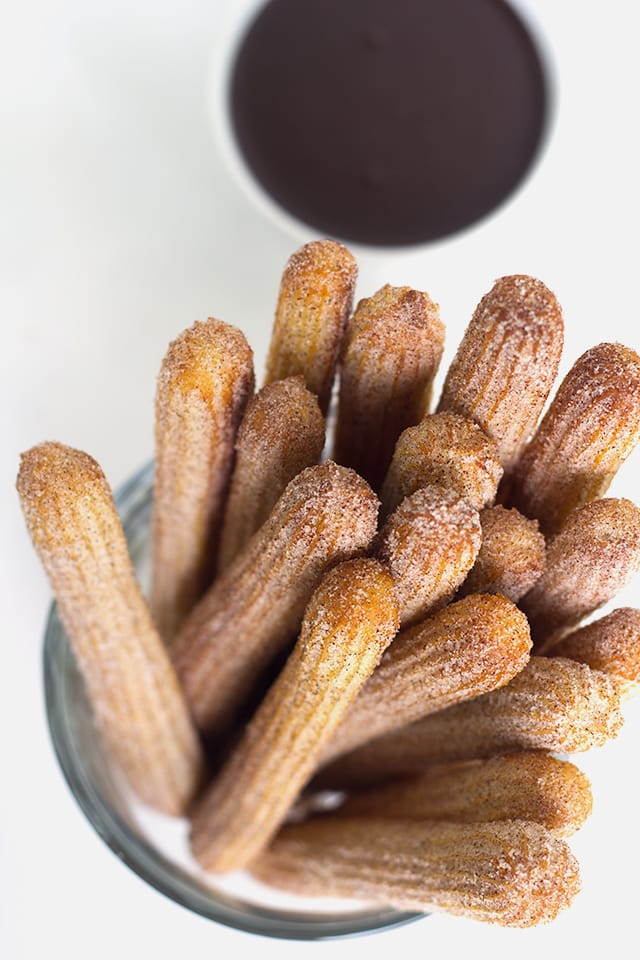 Do any of you do yoga? I'm in an introductory yoga class. I need to work my way up to those advanced hot yoga classes since I'm the least athletic person.

Wesley has been after me to do it for what seems like years now because my hip has decided that it hates me after having my son almost six years ago now. The doctors never find anything wrong with it, but the pain still comes and goes. I always walk away feeling like they don't believe me, which I HATE.

What can you do though? YOGA. You can do yoga and hope that it helps. If it doesn't, at least it will zen me out once a week since I'm such a worry wart. 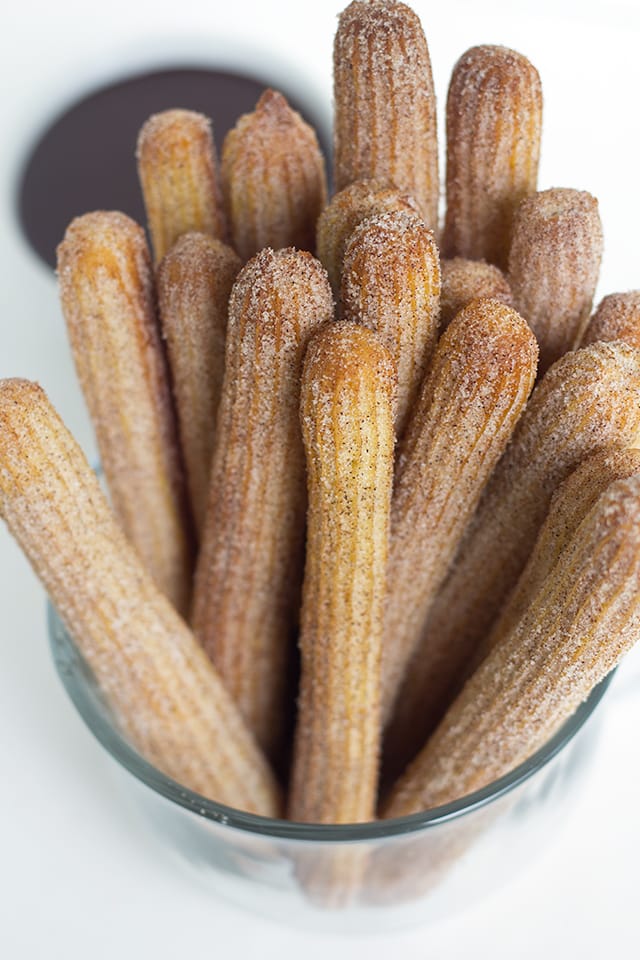 How to Make Baked Churros from Scratch 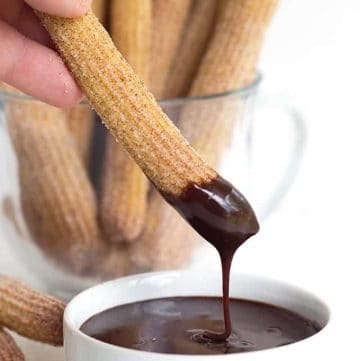 Author: Miranda Couse
These baked churros make the perfect dipping sticks. They have a crunchy outside that's been rolled in cinnamon and sugar and a soft inside. You don't even have to worry about hot oil!
4.69 from 29 votes
Print Recipe Pin Recipe Rate this Recipe
Prep Time 20 mins
Cook Time 25 mins
Total Time 45 mins
Course Dessert
Cuisine American
Prevent your screen from going dark
Servings 30 churros
Calories 49 kcal

I used a ganache to dip my churros in.