Rainbow Cheesecake is creamy vanilla cheesecake decorated in a fun rainbow of color. It's the perfect St. Patrick's Day dessert recipe, or great for a unicorn dessert party!

Holy rainbow cheesecake! St. Patrick's Day is right around the corner and I just HAD to make something festive for it. While brainstorming, I could only come up with rainbows, leprechauns, and booze. So, here is your rainbow recipe and you can make St. Patrick's Day Jello Shots or Chocolate Guinness Poke Cake to go with it. 😉

Sadly, I couldn't find a leprechaun to use in a third recipe. Oh man, that joke was in poor taste. 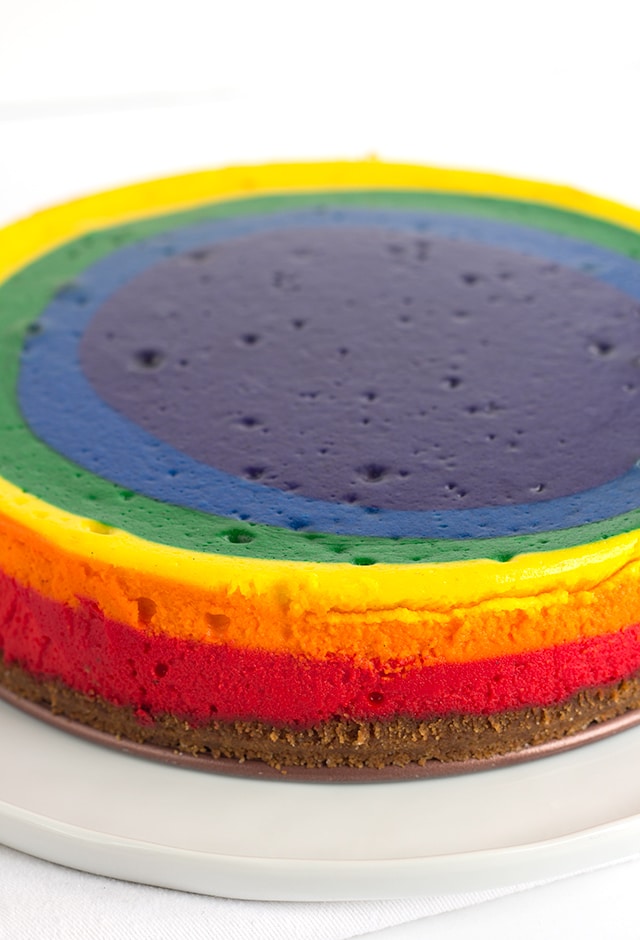 I can remember my first year of blogging, I was quickly educated on the proper way to write St. Paddy's Day on a BuzzFeed roundup I created. The comments were slightly brutal, but I got the point. I had always written St. Patty's Day and so has probably everyone else in the United States. WELL, it's wrong. 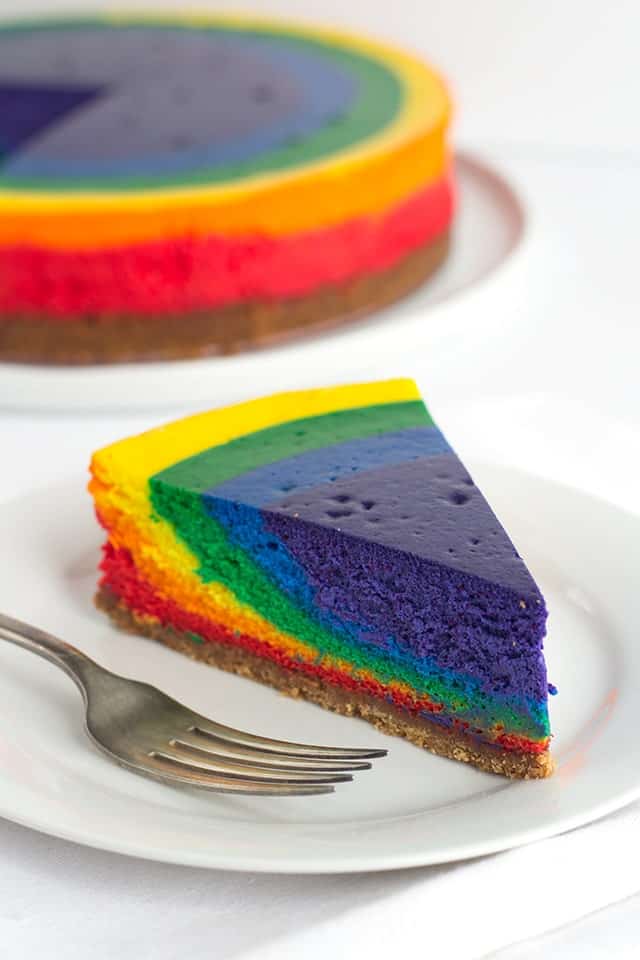 I was so proud of my rainbow cheesecake that I cut a couple of slices and took them down to my good friend and her hubby. It was too pretty not to share. She messaged me at like 10 at night to tell me that she had to hide the cheesecake until her kids went to bed.

Does anyone else hide treats from their kids? I know I'm so guilty of this. I probably would be more so if I had more than one kid running around. 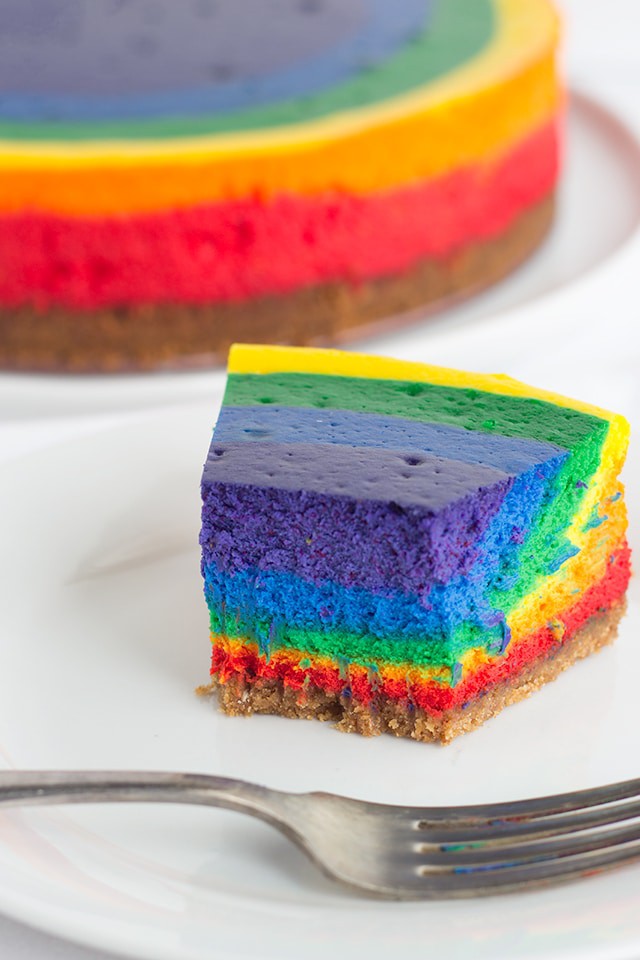 You'll be happy to know that Lucian has had some of this rainbow cheesecake. I didn't keep it from him, because it's too darn pretty. It screams fun and playful. He was so excited to watch me make it and to be able to eat it. I think he told anyone that would listen about the rainbow cheesecake. When my five-year-old brags about my creations, I feel like a superhero. It is the best feeling in the entire world. 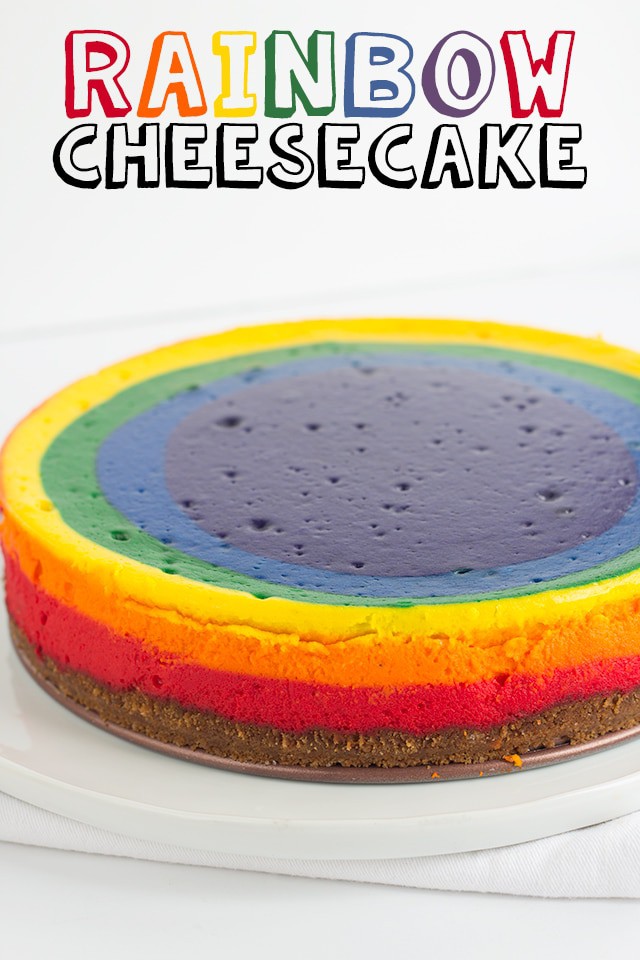 One last thing, you probably noticed the air bubbles in the top and sides. That's from having to mix the food coloring in thoroughly. All of the extra beating incorporated air pockets. I would recommend tapping the cheesecake. Just be careful not to ruin your beautiful rainbow. 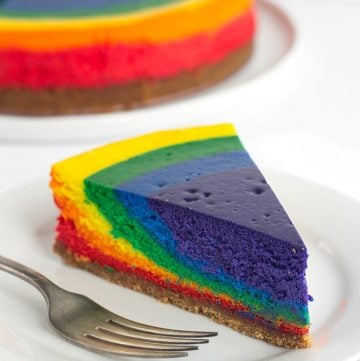 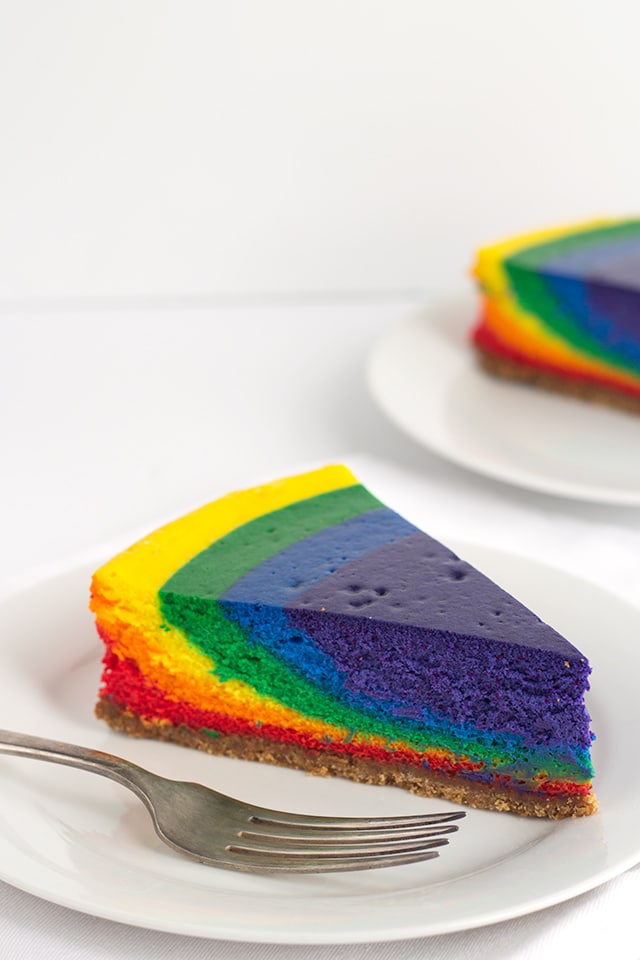 Who's expecting a huge snow storm today? As of right now they're calling for 10 -  18 inches in March. Craziness.