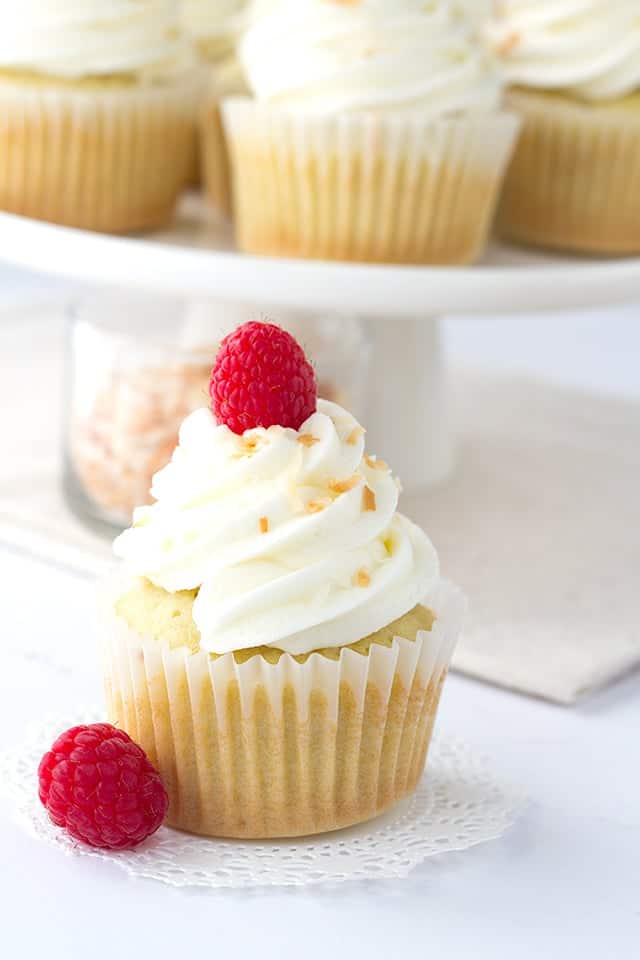 I think I'm slowly coming around to this coconut business. I don't mind the flavor at all, it's the texture of raw coconut that throws me off. I can even do a nice toasted coconut. It not only provides the best coconut flavor, but I can tolerate the texture too.

Speaking of coconut, I got my big order of girl scout cookies. I bought some to play with for recipes for the blog and then some to eat. Yes, I did get samoas. I'm not sure if I'll make something with them or just eat them. First, I have to pick them up at my mom's house. I ordered them off of my cousin and gave the money to my mom to pay for them. As long as my dad stays out of them for two weeks, we'll be set! 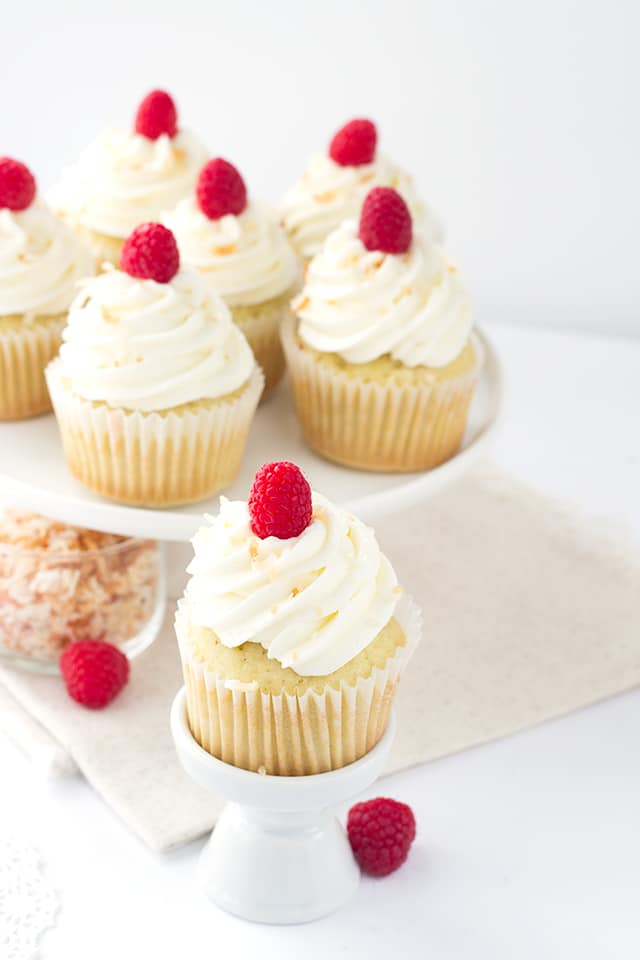 I love how versatile my pound cake recipe is that I used in this recipe. When peaches were in season, I was able to make a fresh peach pound cake with the recipe. It turned out so well that I bet I'll adapt the recipe again when fruits begin to be in season again this year too. 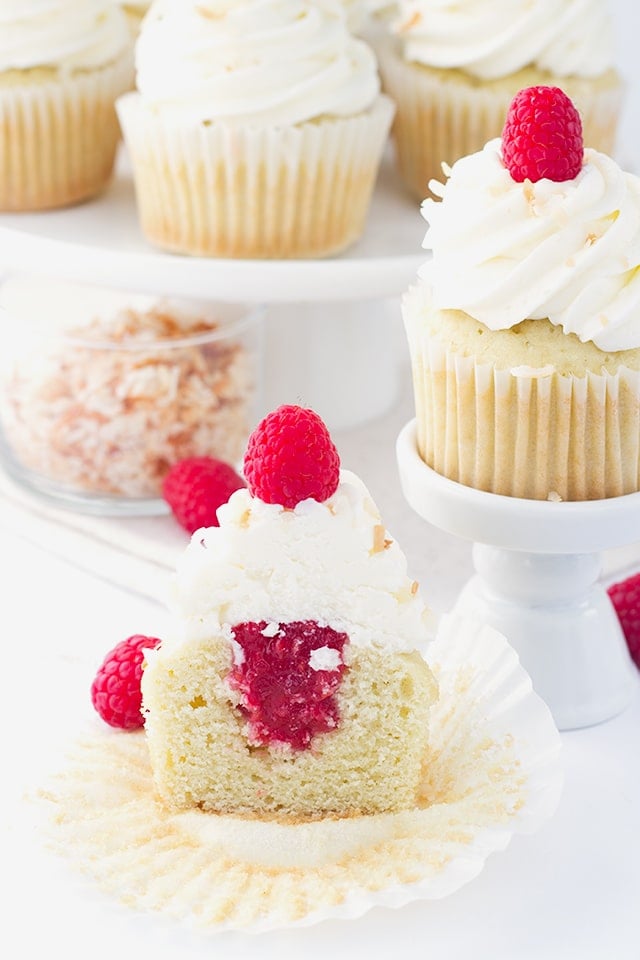 So back to the matter in hand, these coconut cupcakes.  The frosting is a rich American buttercream. It can be quite sweet, but the fresh raspberry filling that is in the center of the cupcake helps cut the sweetness. It's slightly tart and can be more so if you reduce the sugar a bit more. I would cut back 1 to 2 tablespoons of sugar in the raspberry filling recipe if you want it more tart than sweet. 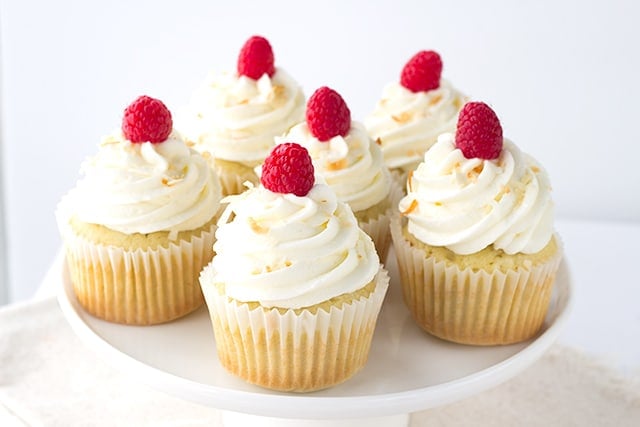 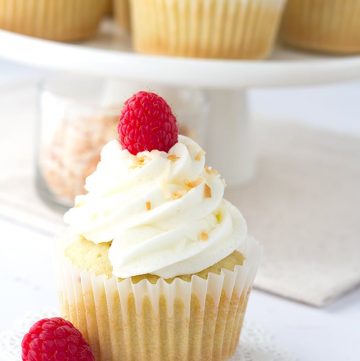 I first posted my recipe for Coconut Cupcakes with Raspberry Filling on Yellow Bliss Road as a contributor.