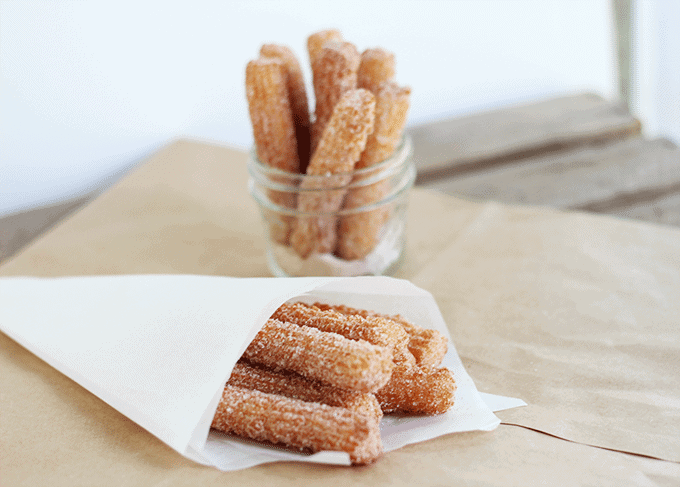 Do you know what is so fantastic about churros? Eating them while they're hot. These taste pretty much identical to the churros cereal, except these are fresh out of hot oil. Trust me, it makes a difference. I didn't even make a sauce to dip these cute little fried strips in. They were heavenly without a dipping sauce.. and they wouldn't have made it to the finishing of the dipping sauce. I had to beat off the boys and myself to get these pictures. Thank goodness Wesley came home for lunch as I was finishing the frying. I was almost afraid he wouldn't get any. I know, I'm bad. 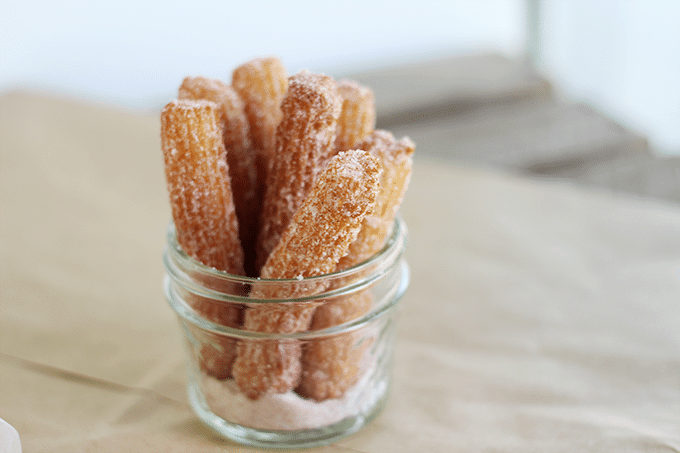 Sometimes it's good to bad though.

The outside of the churros are crunchy and covered with a cinnamon sugar. The inside of these churros is a light, fluffy dough. The inside dough is just a touch sweet. So, when you roll the cinnamon sugar coating all over that crispy piece of dough it's not overwhelming. 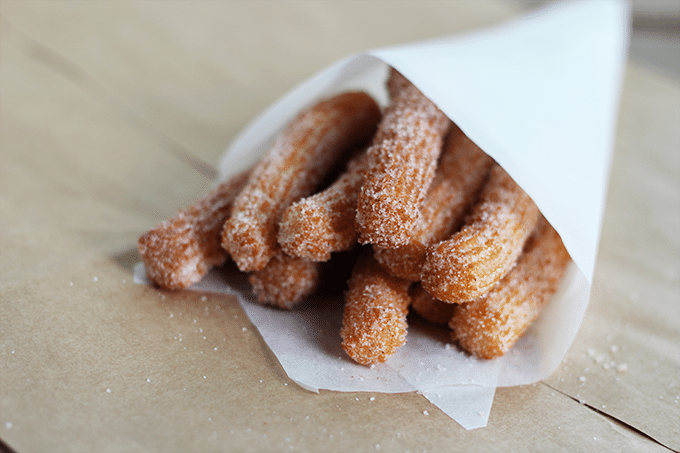 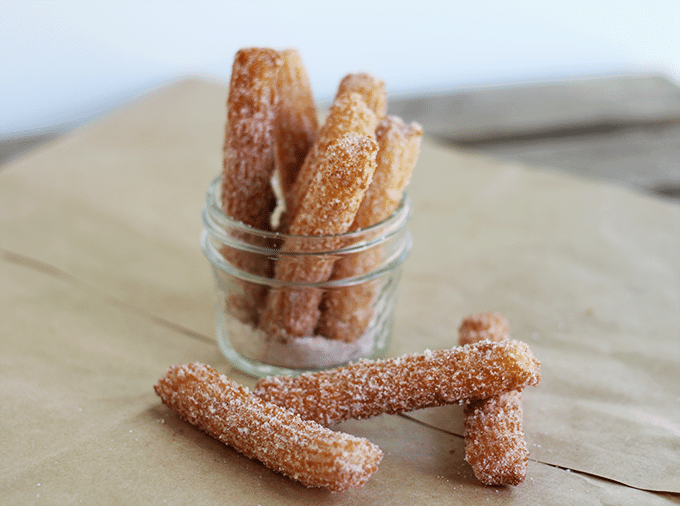 I used the wilton tip 6B for my churros. All the grooves that this tip put into the churros really picked up and held the cinnamon and sugar. I think any tip that has some indents in it will do the job. I'm not even sure what the traditional tip is that you would use. 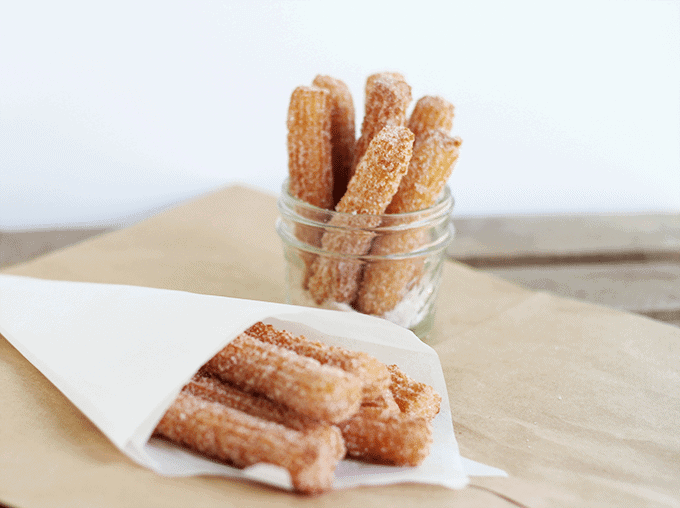 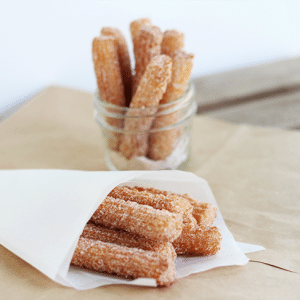 The recipe was adapted from Just a taste. 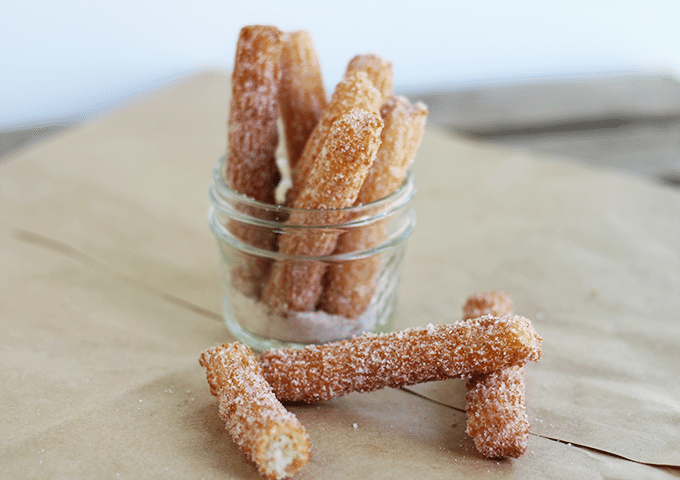