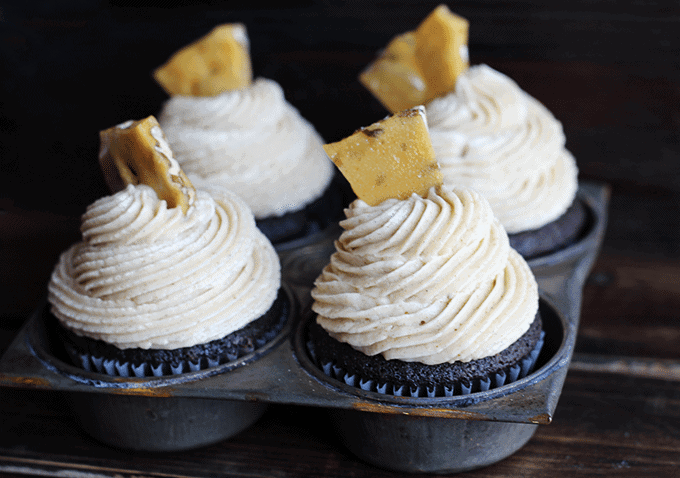 This months chocolate party theme was chocolate and pecans so I went a chocolate cupcakes with maple pecan buttercream. After a little bit of time, I decided I would make a cupcake. I originally wanted to make a yellow cupcake because I don't have one on the blog yet, but it just wasn't in the cards. I didn't have the creative juices to be able to combine chocolate and pecans in a frosting. Oh well, we have chocolate cupcakes with maple pecan buttercream. This buttercream is to die for. I promise. Holy moly, I just can't seem to muster up enough self control to stay out of it. 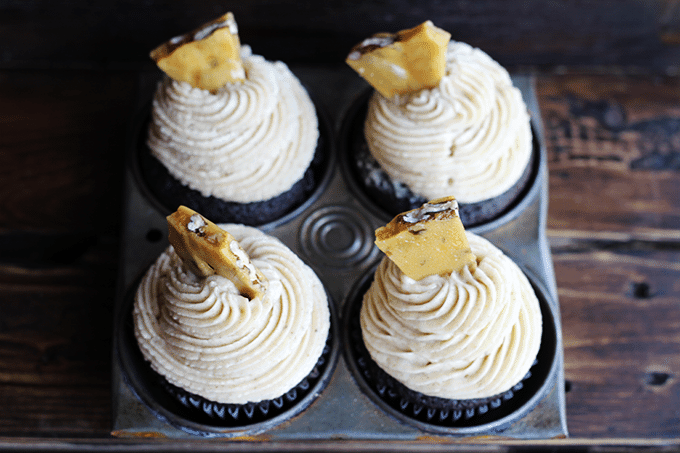 I made my very first batch of pecan brittle for the garnish. I'm pretty proud of myself for this recipe. It's quite tasty. It's hard enough to break apart with just a little chewiness. I loveeeeee it. love. love. love. it! I've grown up helping my mom make hard candy every Christmas and now have even taken it over. I'm pretty familiar with making confections. Thanks, mama. I'm not an expert, but once again I'm just talking myself up. Cool. This seems to be happening a lot lately. 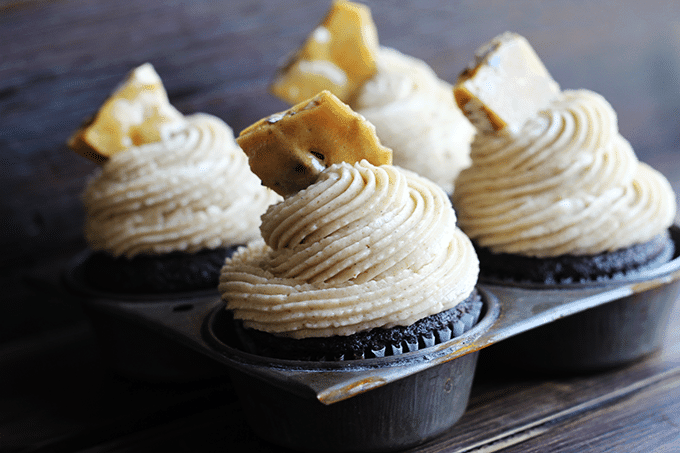 That cupcake that is front and center, I ate it after I took this picture. Shh.. it'll be just our secret. Lucian didn't even help me. Well worth every calorie. The chocolate is a rich, dark chocolate. It's a moist, fluffy cake, but the center just dents in a little. 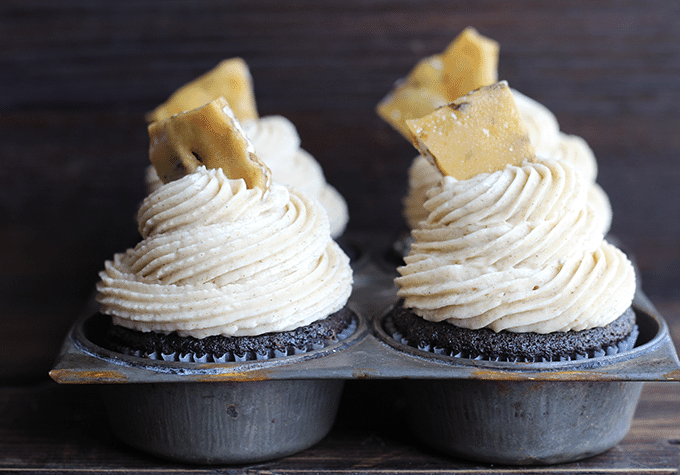 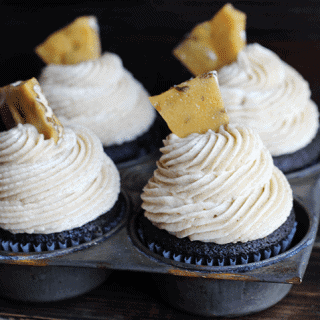