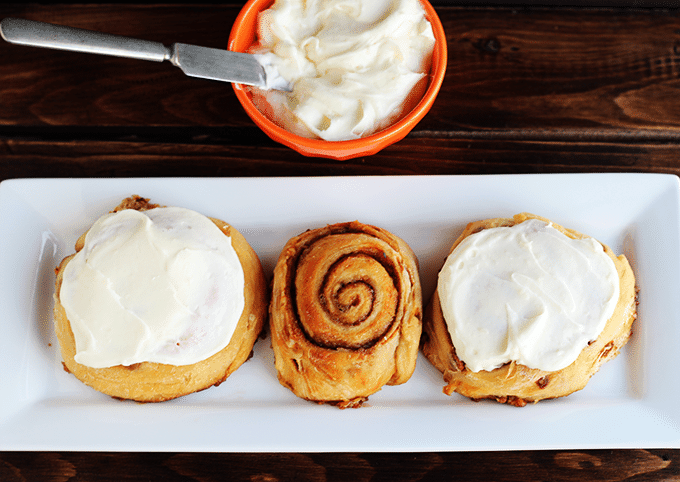 Cinnamon rolls can take hoursssss to make, but they are so freaking fantastic. I'm the girl that really only likes to eat the insides of the buns. I added cinnamon chips in the dough so the outsides of the dough are just as delicious as the centers. It worked splendidly. Then to top these calorie loaded delights, I piled cream cheese frosting nice and high. Now this is an awesome breakfast, lunch, snack, or dessert. 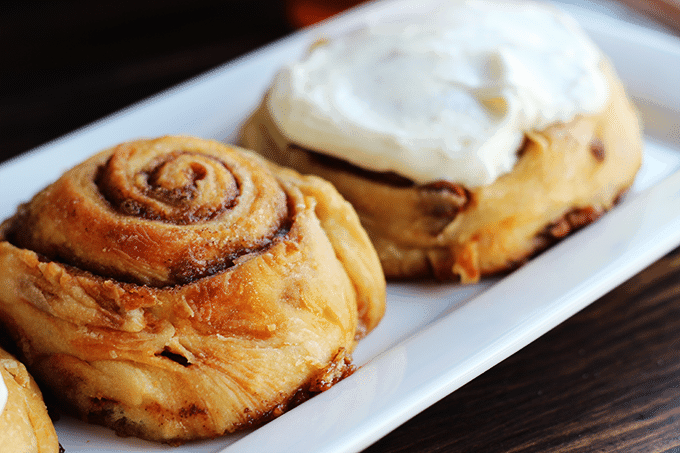 These rolls were ginormous. The size of them reminded me of the huge Cinnabon cinnamon rolls. I wasn't introduced to them until my college years. Where I lived we didn't have a Cinnabon. The mall that was an hour away had auntie ann's pretzels, but no Cinnabon. Don't get me wrong, I can gobble down a cinnamon and sugar pretzel every single time I hit up that mall. I normally sport some sugar all over my chest and chin while doing so too. It's really quite a sight. 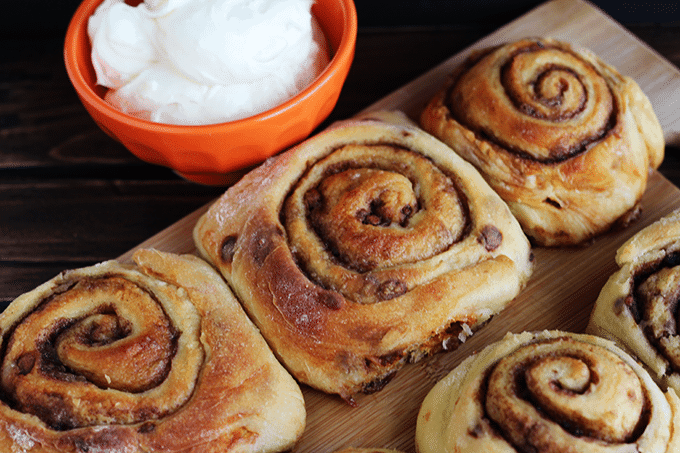 I used a half sheet cake pan for my rolls. That's how they managed to get their big square shape. I gave them plenty of room to expand and such. Look at all those gorgeous cinnamon chips. Gosh, I miss these rolls. I made this batch the day before we went to my parent's house so I boxed them up to share. I think I ate one. Sharing is caring, right? 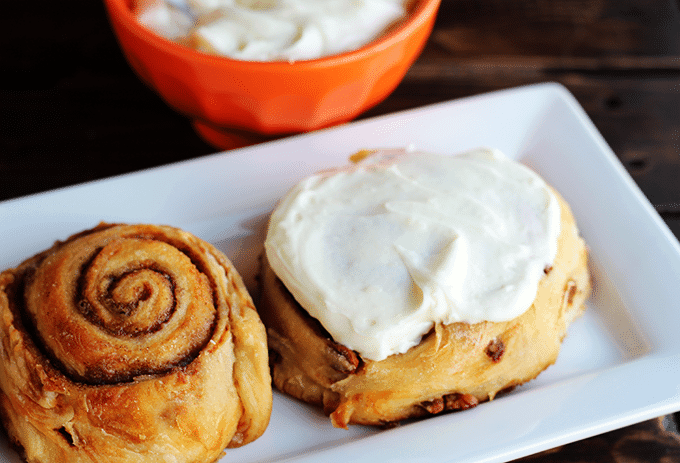 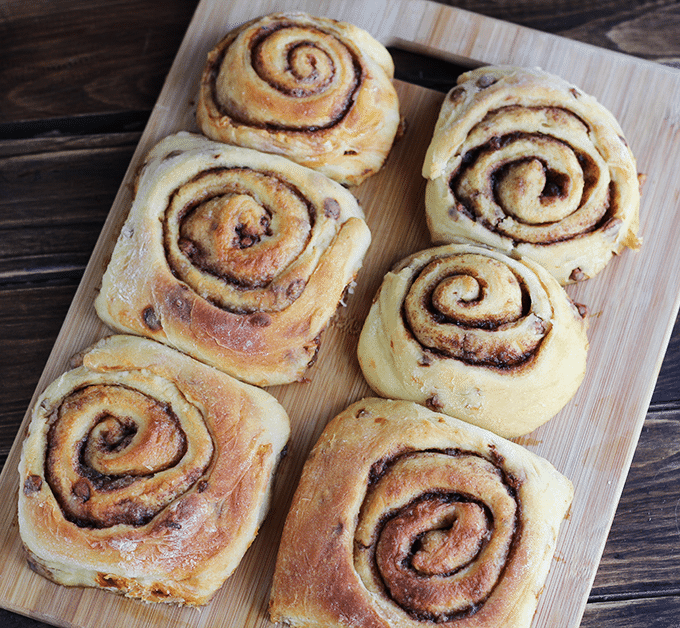 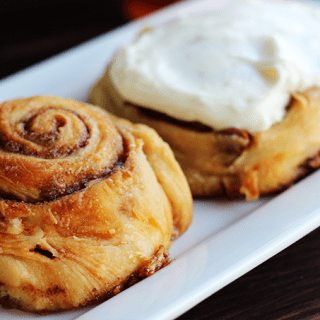