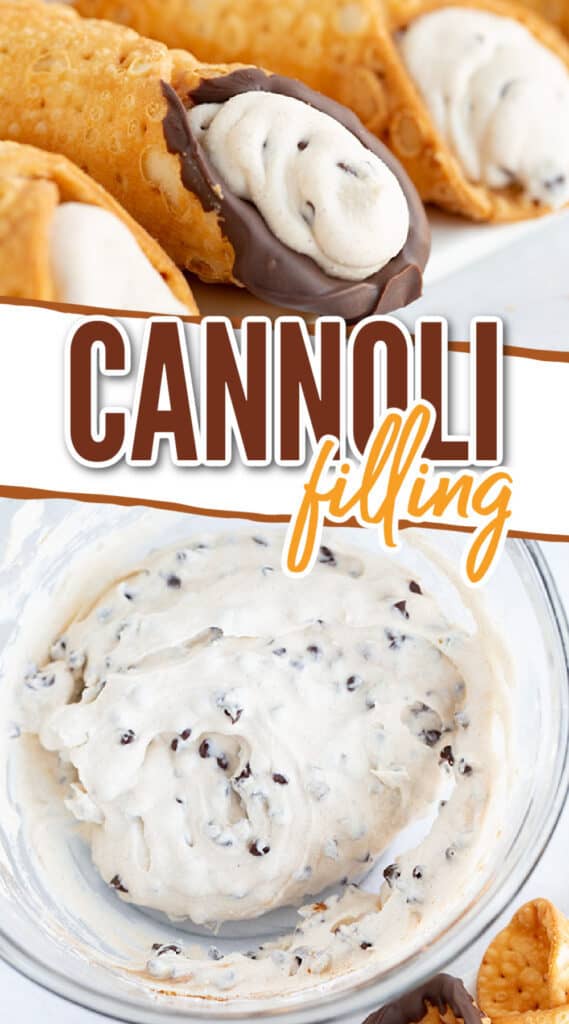 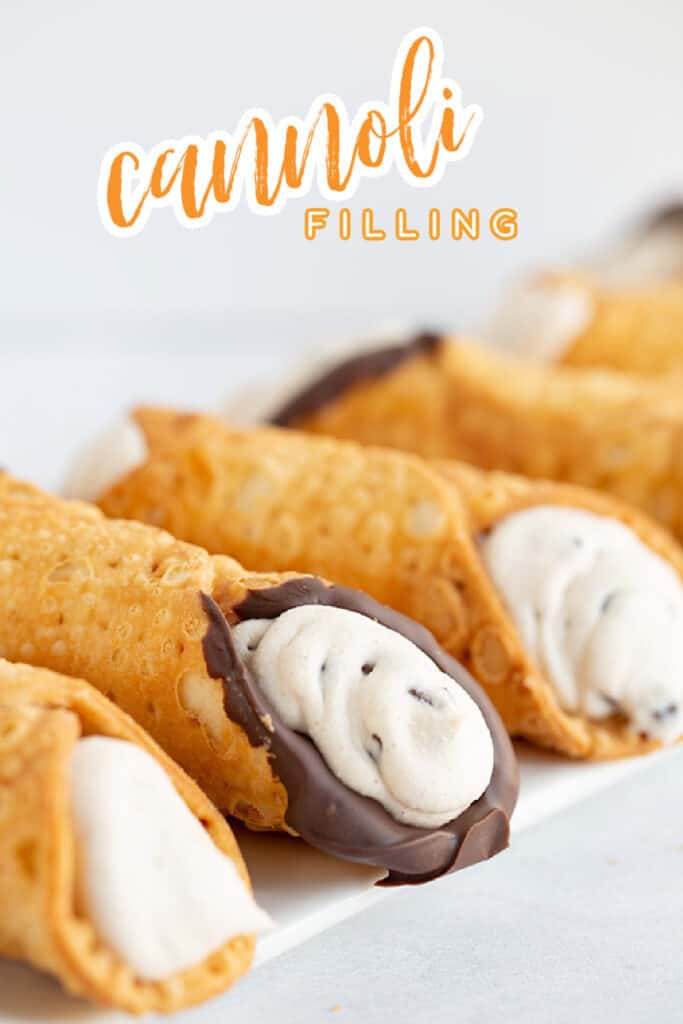 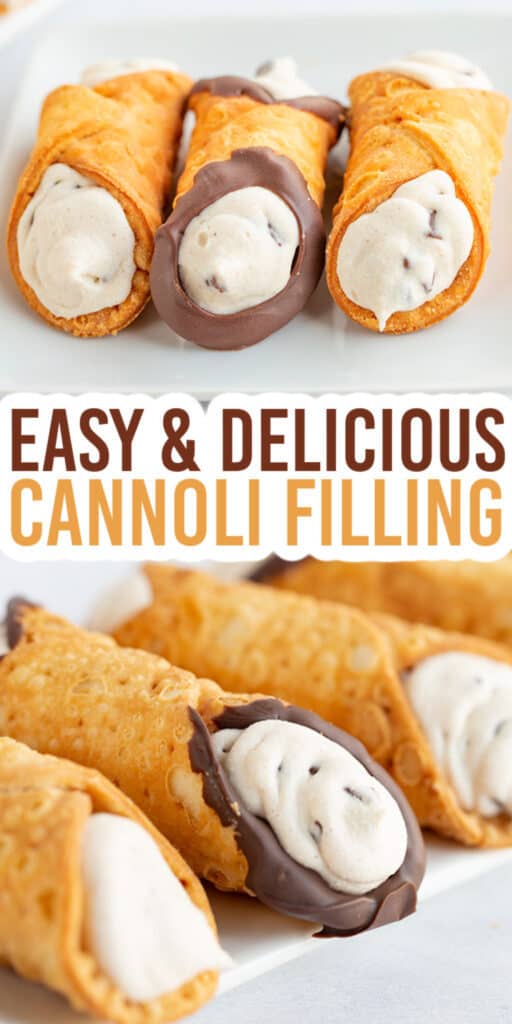 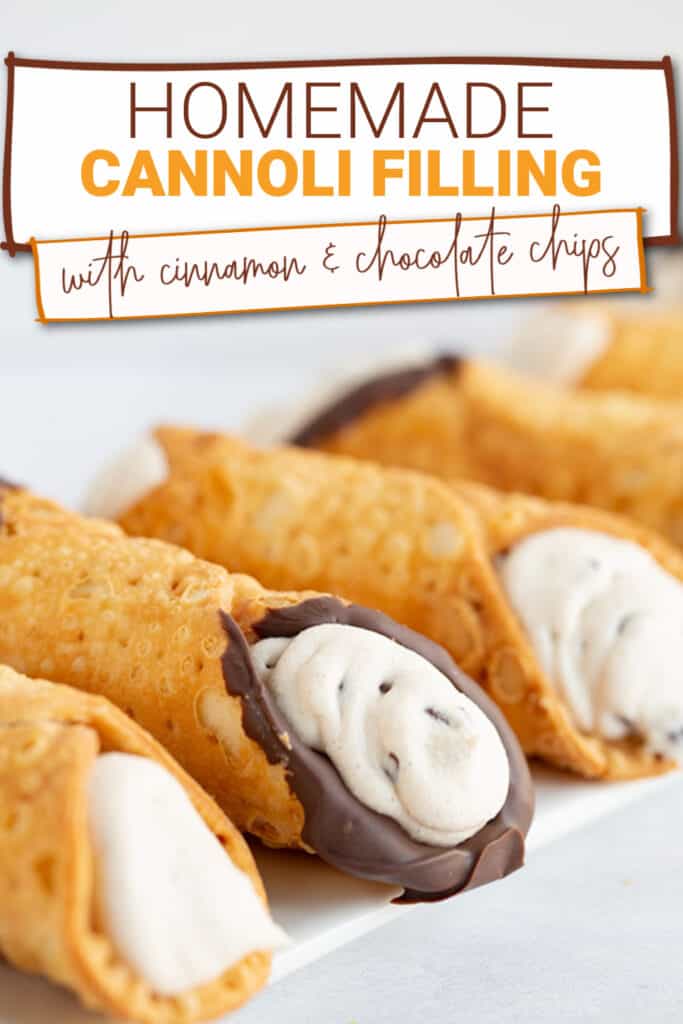 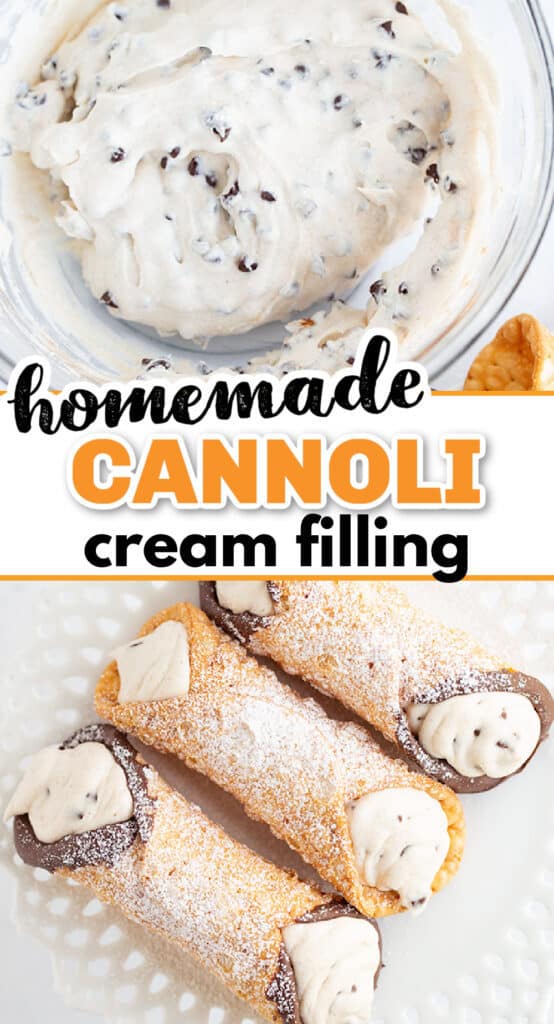 Cannoli filling is a rich and creamy sweet cheese mixture made with a blend of ricotta and mascarpone cheese. It's traditionally used to make the Italian dessert known as cannoli, but it can also be used as a filling for cakes and sandwich cookies.

Looking for more cannoli-inspired desserts? My Cannoli Pie and Cannoli Dip are amazing! My friend's cannoli bread is fantastic as well.

My darling husband loves a delicious cannoli every once and a while and occasionally I like to make him some of his favorite treats, so cannoli it is.

This cannoli filling recipe fills 8 regular-sized shells. If you plan on doubling the recipe, I recommend draining the ricotta in two separate strainers. This will allow the ricotta to drain fully overnight. I've got to tell you, feel free to snack on any broken shells or leftover shells. They're delicious on their own too.

How to make Cannoli Filling

To make this cannoli filling, you'll first need to drain your whole milk ricotta overnight. You can do this by placing it in a fine-mesh strainer that's placed on top of the bowl and cover with a piece of plastic wrap.

Next, add the drained ricotta in a medium mixing bowl with 8 ounces mascarpone. I recommend using the mascarpone brand BelGioioso since it seems to be thicker than others. If you're using a different brand that may have more liquid in it, you can drain it overnight the same way you drain the ricotta.

Stir the ricotta cheese and mascarpone together with a spatula until combined.

Add in the powdered sugar, vanilla, and cinnamon. Stir until incorporated. If you're adding mini chocolate chips, fold those in now.

How to Assemble Cannoli

You can dust the cannoli with powdered sugar and sprinkle with ends with mini chocolate chips.

How do you thicken up the filling?

The key to having a thick filling is to have your ricotta cheese drained well and a mascarpone cheese with a pretty thick consistency. If you've already mixed these two ingredients up and realize that it's going to be runny, I do have a solution for you. It won't be a traditional cannoli filling recipe anymore, but just as delicious.

Okay, so you've made this recipe and something has gone terribly wrong. Your cannoli cream is a runny mess. My recommendation at this point is to add about ¼ to ½ cup of heavy whipping cream and an additional 1 - 2 tablespoons of powdered sugar. Beat with a hand mixer on medium until it thickens up. It will fill more cannoli shells but will save you tossing the soupy filling out.

How long does Cannoli Filling last

Cannoli filling won't last long in the fridge. I recommend eating it within 1 to 2 days. Store it in an airtight container in the fridge. You may notice the filling becoming slightly runny by the second day even.

When you're ready to serve your cannoli, fill each cannoli shell and serve immediately or within the same day.

I also don't recommend freezing the cannoli cream since ricotta cheese does not defrost well.

If you're interested in reading up on more great Italian desserts, here's a list of the 15 Best Italian Desserts where the tiramisu, cannoli, panna cotta, etc. are discussed. 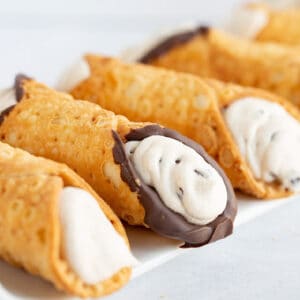 Author: Miranda Couse
Cannoli filling is a rich and creamy sweet cheese mixture made with a blend of ricotta and mascarpone cheese. It's traditionally used to make the Italian dessert known as cannoli, but it can also be used as a filling for cakes and sandwich cookies
4.6 from 22 votes
Print Recipe Pin Recipe Rate this Recipe
Prep Time 10 mins
Cook Time 0 mins
Total Time 10 mins
Course Dessert
Cuisine American
Prevent your screen from going dark
Servings 8 cannolis
Calories 349 kcal

This post was originally published on September 2, 2014, but updated on April 20, 2021, with additional information.