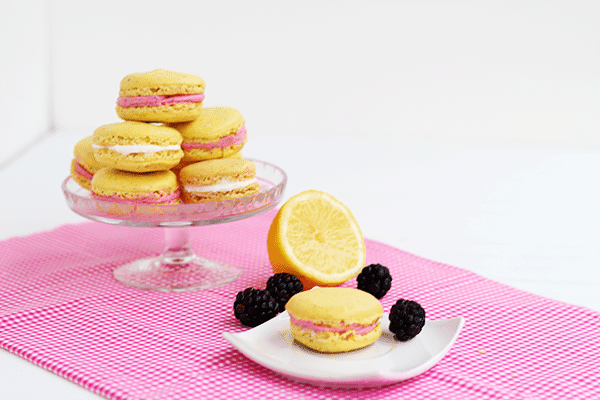 These gorgeous little summertime macarons gave me the run around Wednesday. I tried the recipe three different times and they were all a disappointing fail. I'm always disappointed when my recipes don't turn out, but for it to happen three times in a row I nearly threw in the towel for baking. I finally sat down and thought about it. What am I doing wrong? I used pasteurized egg white beaters and I thought well maybe that is one of the issues. So, I made a note for this morning to use regular eggs.

Then it hit me. That morning when I was making almond flour, the almonds sort of wanted to clump and stick. I was concerned that my almond flour was going to turn into almond butter so I added a bit of flour. It completely ruined the entire three batches. DO NOT, I repeat do not put any sort of all purpose flour into the almond flour. It will be the death of your cookies. I promise!

On the other hand, I now have a lot of meringue type cookies. I made lemon and fruit punch flavored. I am definitely going to give the fruit punch ones a try again. I'm thinking of using this meringue cookies I goofed up as a recipe. So, if anyone else has faulty macarons, they will have another recipe to make with them. 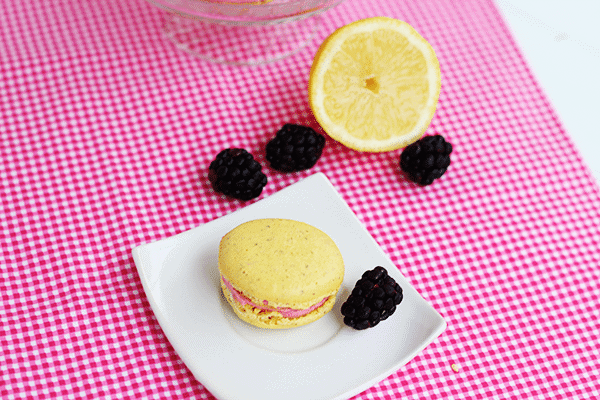 It's so funny. I made these bright, beautiful, summertime macarons and I step outside and it looks like a dark, dreary, winter day. As my aunt said at 6:20 a.m. via text message, "it's raining cats and dogs." It was so dark in my sun room where I shoot all my photos, I had to setup everything out on the porch step. The pictures look a lot brighter out there today. 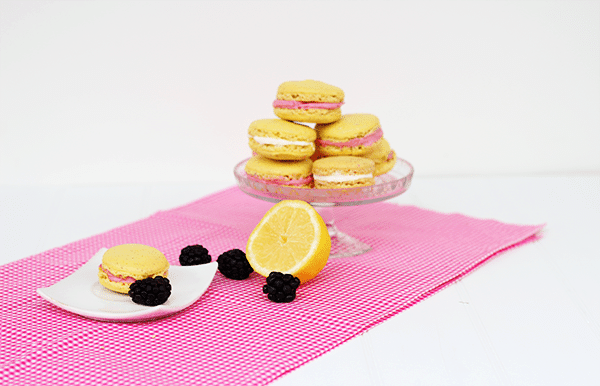 These flavors are amazing together. Holy cow, you need to try these. They are sweet, but have a zing! It shouts summertime treat. I managed to get all the lemon flavor I needed from the zest of a lemon. I was worried I should have used some lemon extract, which I didn't have. Sometimes you just have to make do with what you have and hope it works. In this case, BAM! it did! 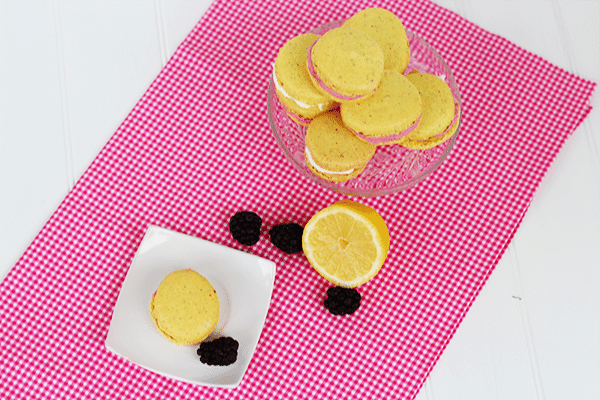 If you're wondering why my french macarons have speckles like a robin's egg, I shall tell you. Instead of buying slivered almonds to grind up, I bought sliced almonds that had the skins on them. They were cheaper and worked just as well. As much as I bake, I have to go with the cheapest way.

I also made lemon buttercream. It's so sweet and tart. I figured I had the lemon juice available, I might as well give it a try. 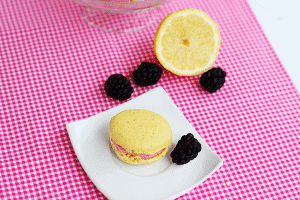 Macaron recipe was adapted from Nerdy Nummies Make sure your egg whites are at room temperature. *If you choose to not make lemon buttercream, I would add ⅓ cup of mixed berry juice instead of ¼ cup.