The apple crisp egg rolls are the perfect fried dessert with tender apples in the center wrapped in a crunchy egg roll shell. 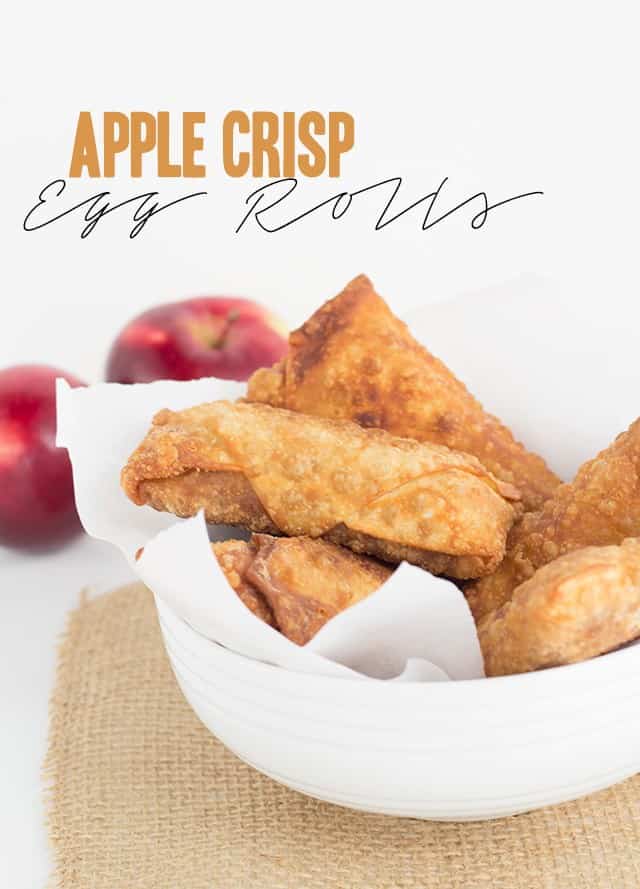 These delicious pockets of apple crisp were created after I had some left over egg roll wrappers from my sort of lumpia the night before. I normally bake my lumpia, but these guys were fried and so delicious. Have you ever just craved some fried food? Yeah, that's me about once or twice a month. My last episode was this weekend with jalapeno poppers. What's a girl to do other than indulge a little?

Anyway! I know they sell lumpia wrappers, but I have easy access to the egg roll wrappers so that's what I use. In all fairness, we mostly just go grocery shopping at Walmart. 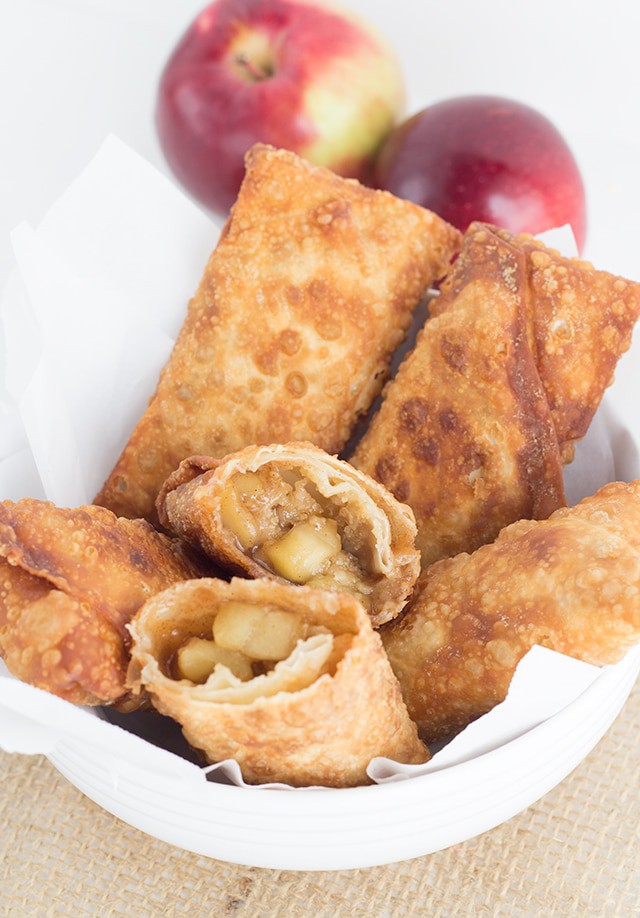 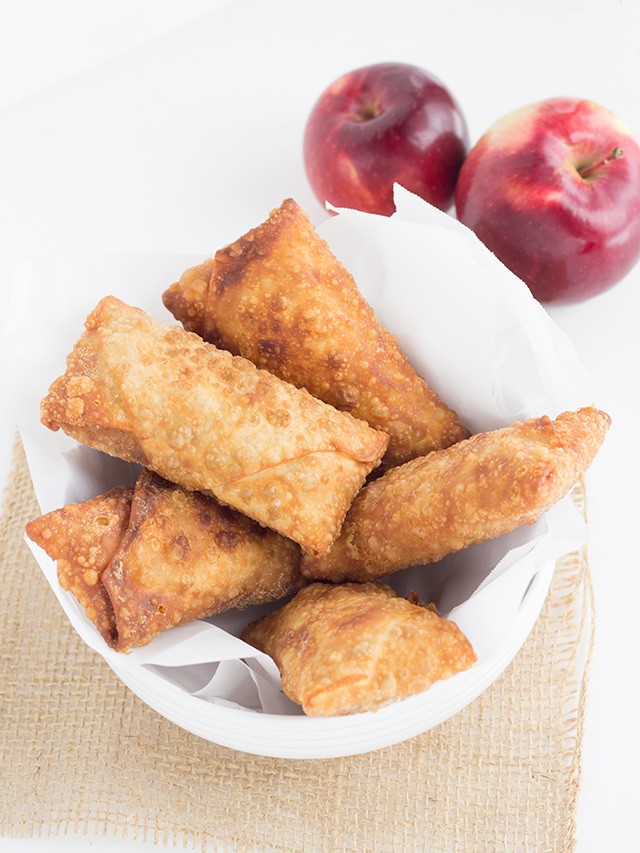 My soon to be four-year-old *sad face* is my guinea pig. If he's reaching for seconds or thirds, I know that recipe deserves a gold star. This boy is incredibly picky. What kid refuses to eat mac and cheese? My kid, of course!

He was "sneaking" them as soon as they cooled down enough to handle. He's not nearly as sneaky as he thinks he is, but so adorable I let him think he is. 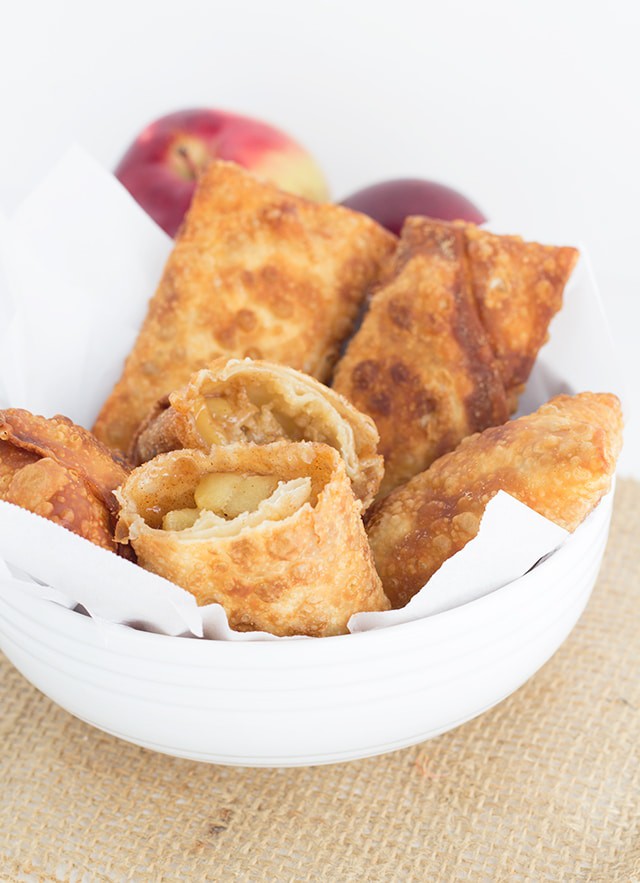 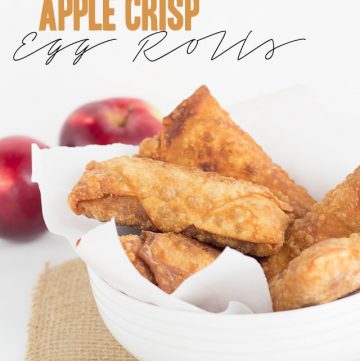 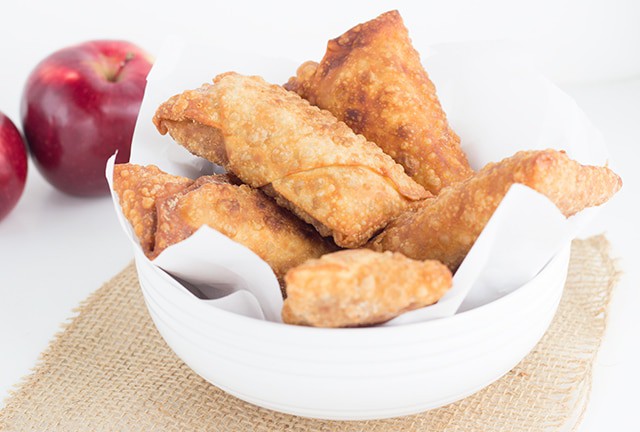