Step aside pumpkin pie, there's pumpkin cheesecake in town! It's topped with a maple white chocolate ganache, whipped cream, and candy pumpkins! I almost forget, I also gave it a sprinkle of cinnamon! The cheesecake is so creamy and smooth and it has all the spices that a pumpkin pie has! 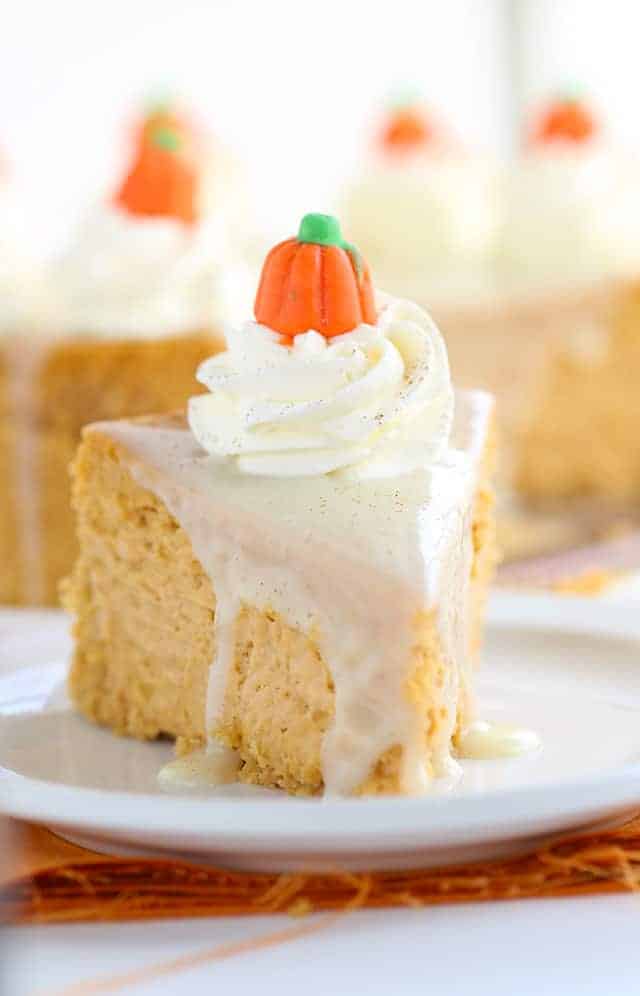 Big things have been happening for me lately. I went on my first press trip with the American Dairy Association NE. It was definitely out of my comfort zone, but I LOVED the experience. You know me, I'm an introvert! I stay in my house and bake all day in my leggings. The most people interaction I get is greeting the UPS man on the back porch as my dog barks like a maniac at him.

I meant some really great people and learned SO much. For instance, did you know instead of drinking sports drinks, you can drink chocolate milk after a workout? As opposed to regular milk and most sports drinks, it has double the carbs and protein for those tired, achy muscles. Maybe you knew that, but I totally did not!

We visited Yancey's Fancy headquarters! Being from Upstate New York, I was previously familiar with Yancey's Fancy cheese. You can find it in most supermarkets here. Talk about some great tasting cheese. If you follow me on Instagram, you got to see tons of Instagram stories of the place. Whew. I don't know how the workers can help themselves. I wanted to pick the cheese right off the conveyors and snack on them. 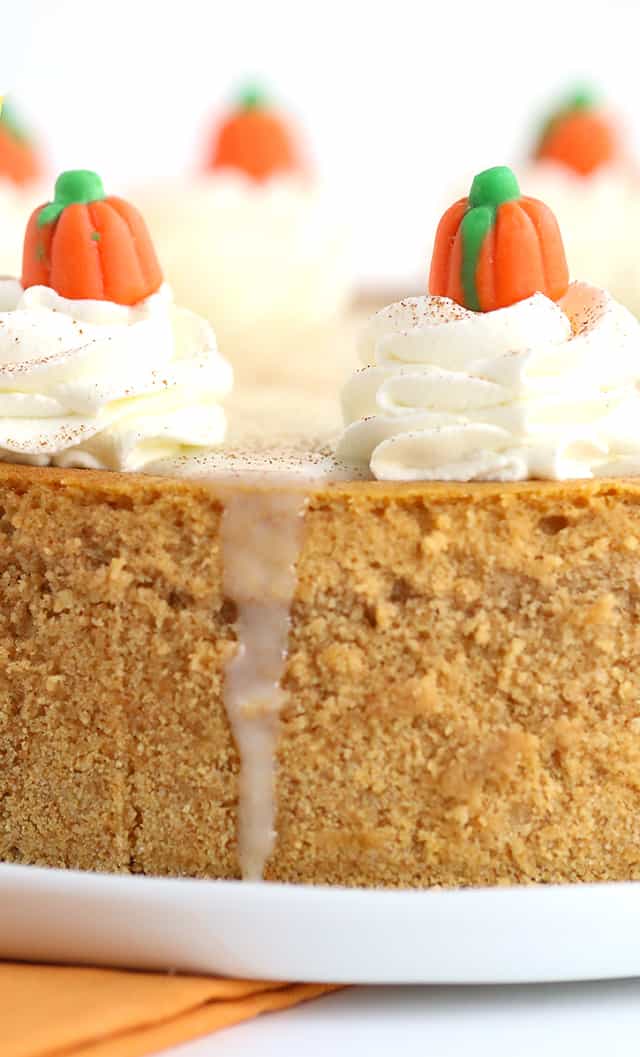 Then we toured around a dairy farm. I've been to a few of those in my day coming from the backwoods of Pennsylvania. This one was a little different. It was HUGE. There were SO MANY cows. It has a carousel milker. It even has a digester that I found especially fascinating. They've teamed up with Wegmans Food Markets as well as universities and schools and gather up all the food waste for the digester. They add the food scraps as well as manure that's obviously produced on their farm into the digester where it then produces methane gas. The methane gas then is turned into electricity, liquid fertilizer for the crops and dry materials that can be used for animal bedding. Tell me that's not mind-blowing?

We also did 2 cooking competitions in a culinary center the last day we were there. One was for mac and cheese and the other one I was chosen for was an appetizer. I didn't win either, but the competition was tough and my mac and cheese skills are not strong. I've that I'm going to change that. My mom makes some of the best mac and cheese around, and I will do. Maybe.

Either way, while chatting about my dairy tour experience, I wanted to give you a dairy filled recipe. Seriously! What would baking be without dairy? I know my Easy Homemade Cookie Cookbook wouldn't be here without a whole lot of butter.

Anyway, I went with a dessert to share instead of my horrid mac and cheese or that darn tasty bacon caramlized onion dip because I LOVE my desserts. I am sharing the dip because it was so incredible, just not today.

How to make pumpkin cheesecake 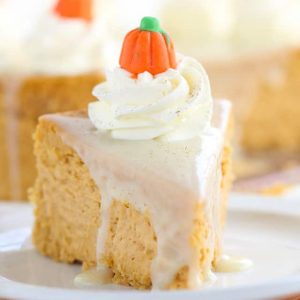 Author: Miranda Couse
This pumpkin cheesecake is topped with a maple white chocolate ganache, whipped cream, candy pumpkins and a dusting of cinnamon! The cheesecake is so creamy and smooth and it has all the spices that a pumpkin pie has!
No ratings yet
Print Recipe Pin Recipe Rate this Recipe
Prep Time 30 mins
Cook Time 1 hr 25 mins
Total Time 1 hr 55 mins
Course Dessert
Cuisine Dessert
Prevent your screen from going dark
Servings 9 .5 inch cheesecake
Calories 762 kcal 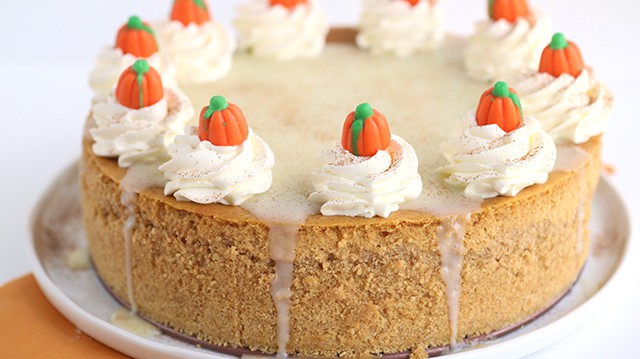