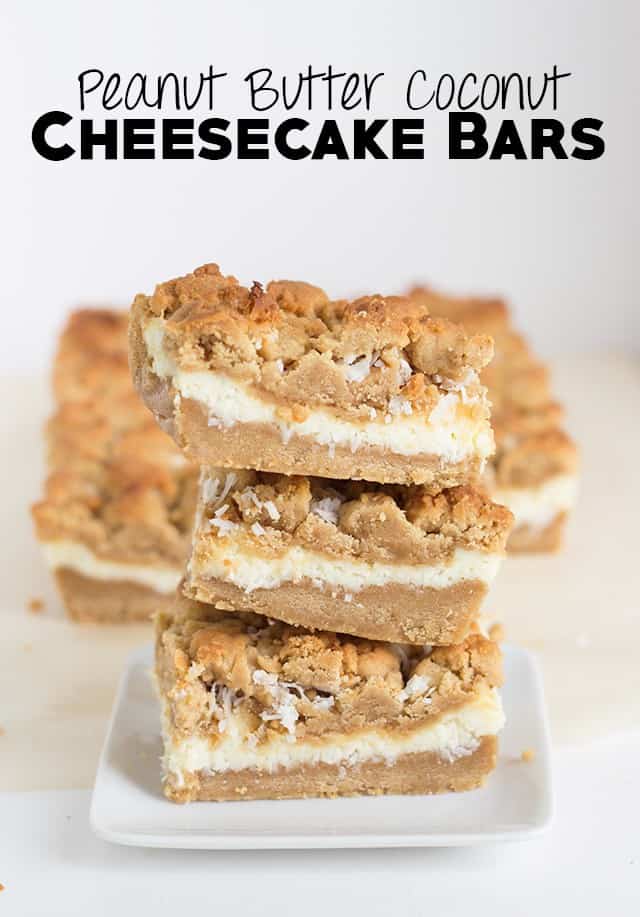 Another month has passed and it's time for the Peanut Butter Bash again! This month's theme is peanut butter and coconut, so what better thing to make than these peanut butter coconut cheesecake bars. They're similar to my peanut butter chocolate chip cheesecake bars, but very different in flavor. These have the tropical feel to them. Quite summery!

My hubby isn't a coconut fan, but he fell for these bars. I knew I could win him over. Peanut butter is his weakness. Mine too, obviously. That's why I have the Peanut Butter Bash. I can't seem to get peanut butter out of my brain. 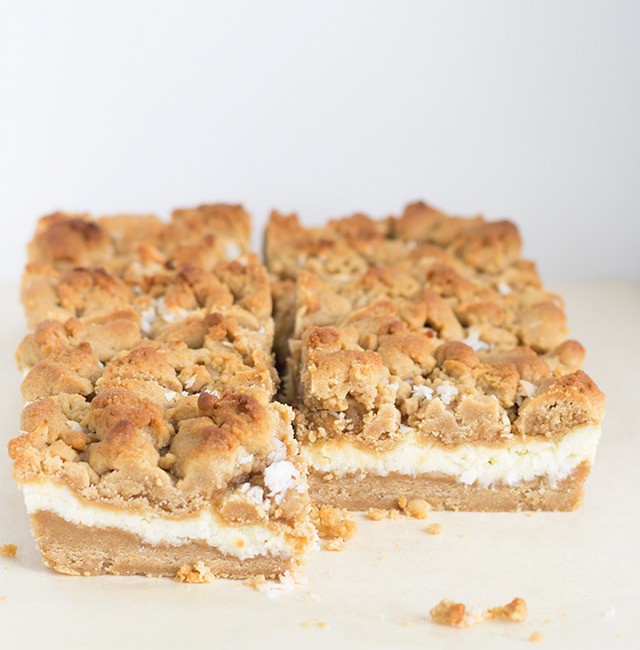 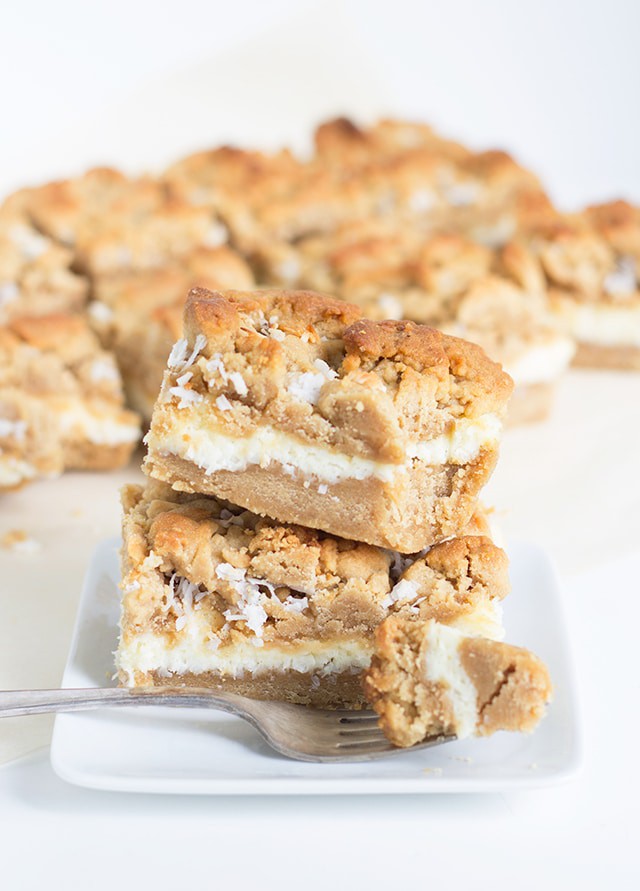 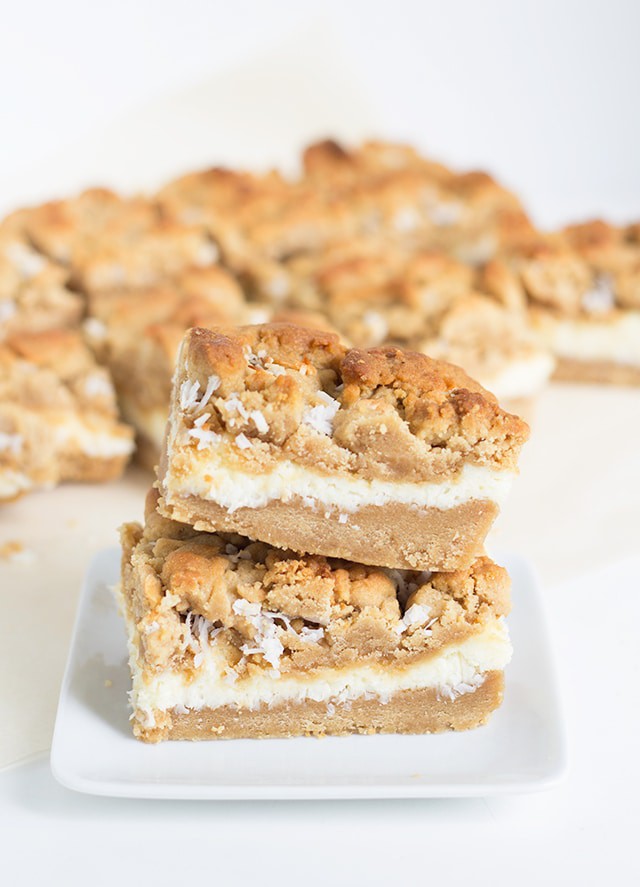 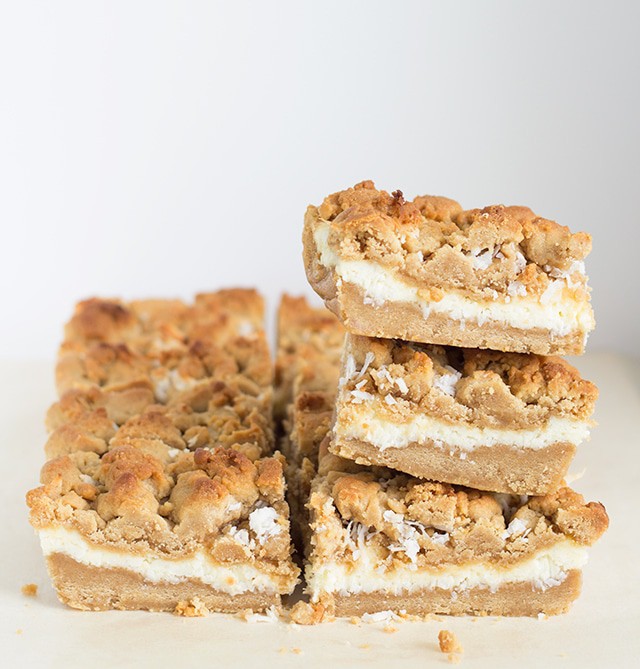 We’ve had so many readers want to join us that we’ve started a peanut butter sharing group for all! Join us at The Peanut Butter Recipe Box on Facebook.

Here are the other peanut butter and coconut creations!
[inlinkz_linkup id=531177 mode=1]