Easy cake pops with maple flavor and bits of bacon, a rich chocolate coating and more bacon on the outside. Maple Bacon Cake Pops are SO delicious! Learn how to make cake pops that are perfect game day treats!

So, I wanted to join in on the game day tailgating fun. I had to go to the man with all the plans for an idea though. That man is the hubby if you're wondering. I kept naming off ideas and nothing had met his approval for "game day" treats. It's okay, because he came up with the amazing maple bacon cake pops idea. 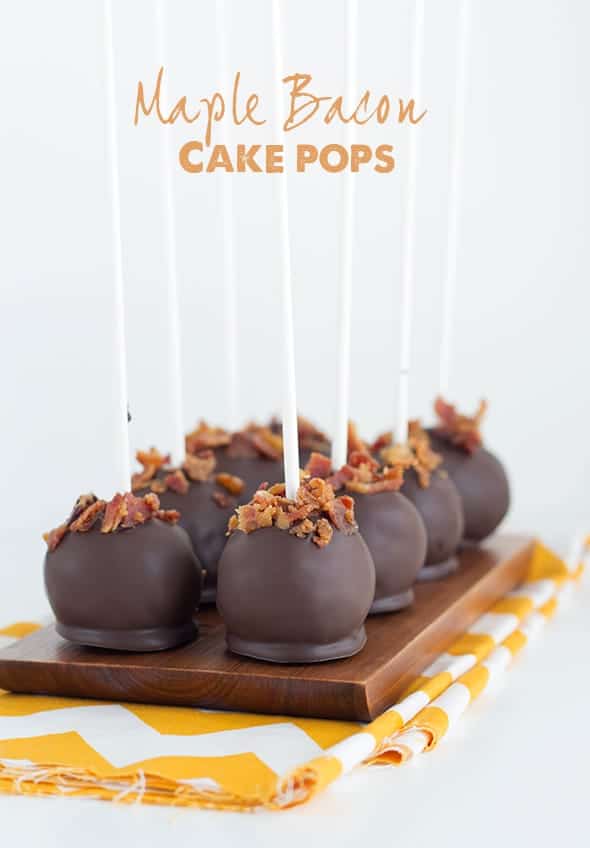 This easy cake pops recipe is such a winner... words cannot express how fantastic they are. I mean, I'll give you my best, but you should really just make the recipe and see for yourself.

I read somewhere that cake pops were going out of style. I don't think that's true, but if if it were, maple bacon cake pops would bring it back. I promise. 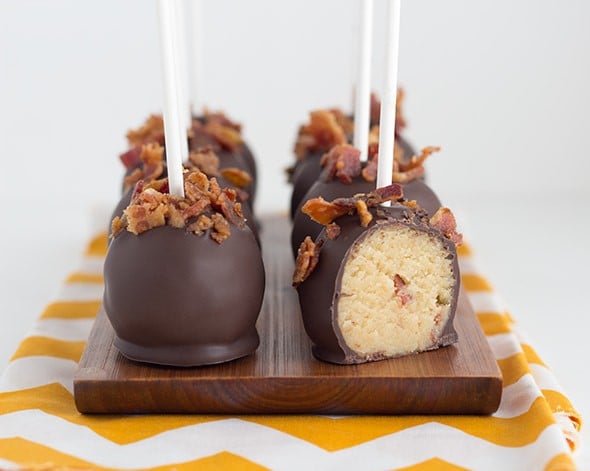 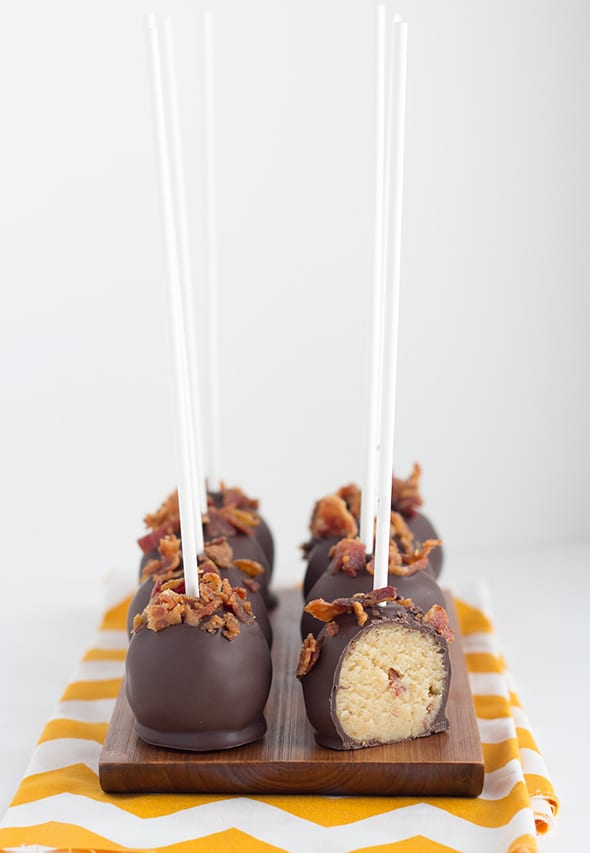 How to Store Cake Pops

I usually store cake pops in the fridge. It makes the chocolate shell hard so when you bite into it, there's a bit of a crunch. Of course, it's all in preference. If you like soft cake pops, just leave them out of the fridge. It won't hurt them a bit. 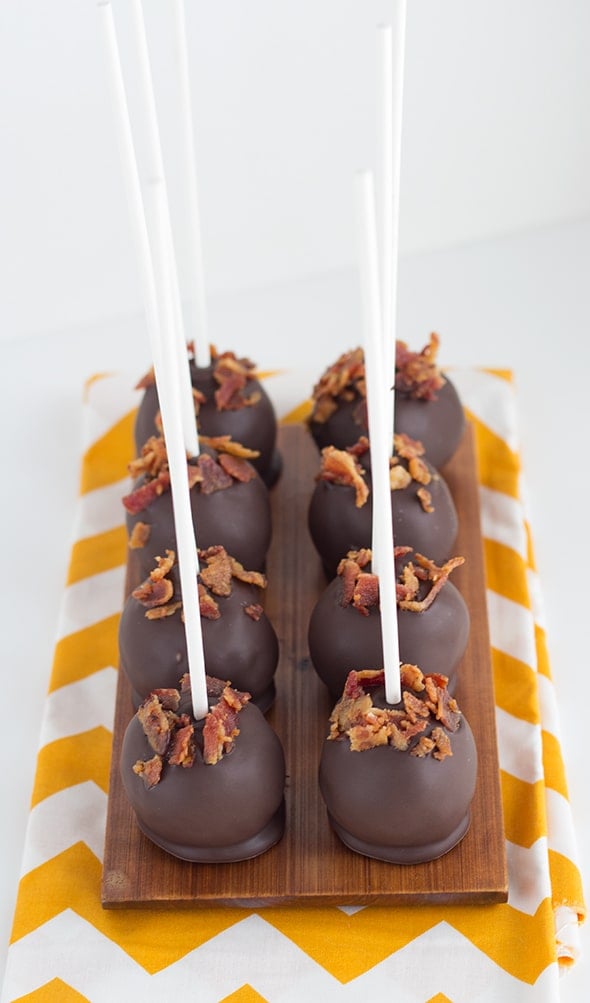 How to Make Cake Pops (the maple bacon way!) 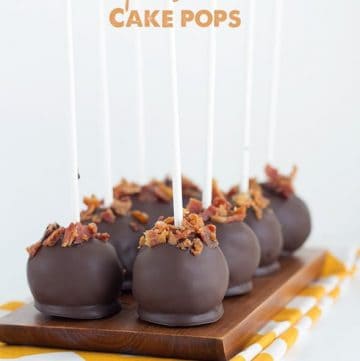 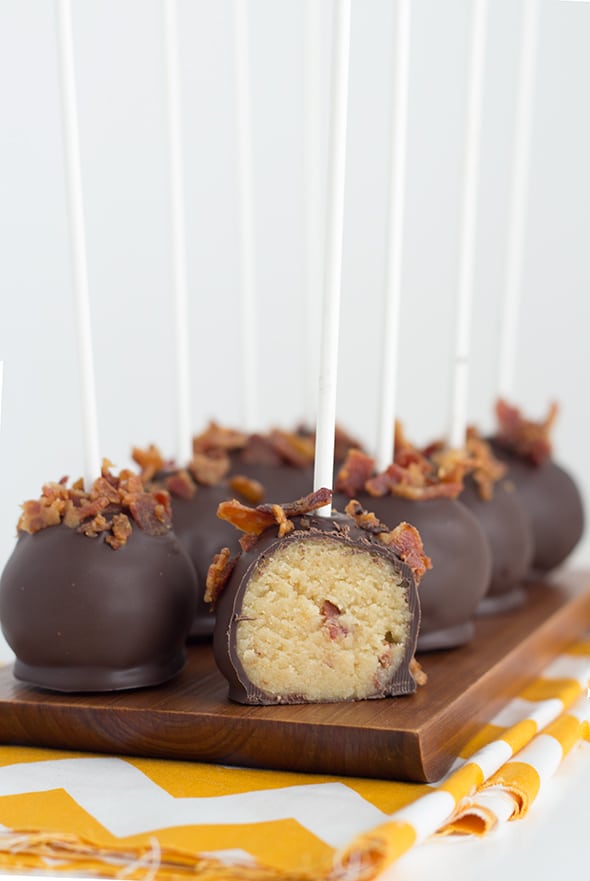 Check out the other tailgating recipes and ideas!