Red Velvet Cake Mix Cinnamon Rolls are so easy to make and use a cake mix as the base of these red velvet cinnamon rolls. They're topped with a cream cheese frosting that is perfectly sweet and goes with any red velvet recipe. These cinnamon rolls are a dessert that is stunning to look at and great for serving a crowd! Here are more great bread recipes to check out too. 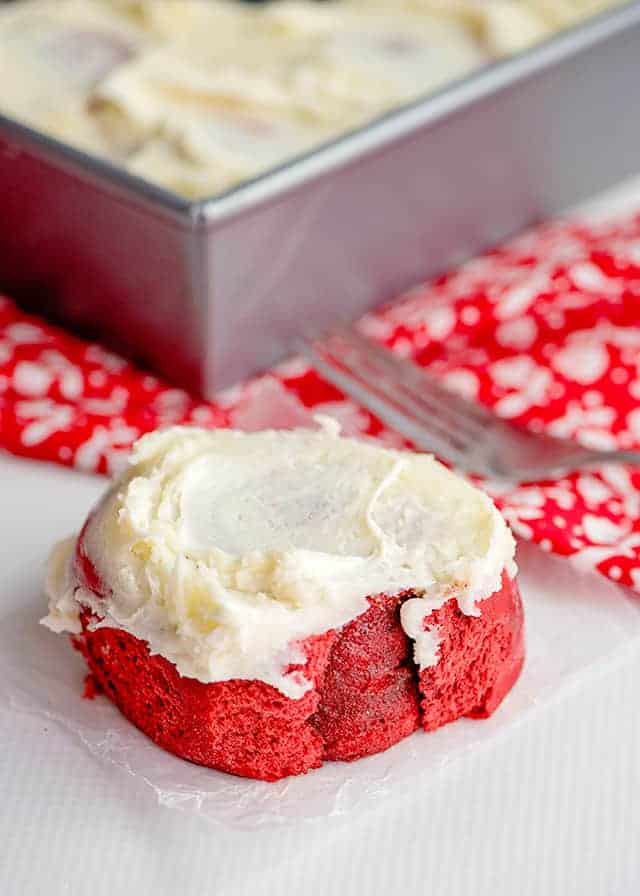 Have you ever had a red velvet cinnamon roll? Brightly colored red topped with white frosting. It is just stunning to look at. Plus since you use cake mix as the base it makes these an easy cinnamon roll recipe.

I personally think these red velvet cinnamon rolls are a great dessert or breakfast option. We served them up for dessert the other night and it was fantastic. Sweet, tender homemade cinnamon rolls.

Do you use yeast in Red Velvet Cake Mix Cinnamon Rolls

Yes, you will use yeast to help the dough rise, just like a classic cinnamon roll. You mainly use the cake mix as a way to color your cinnamon rolls and get that classic flavor. 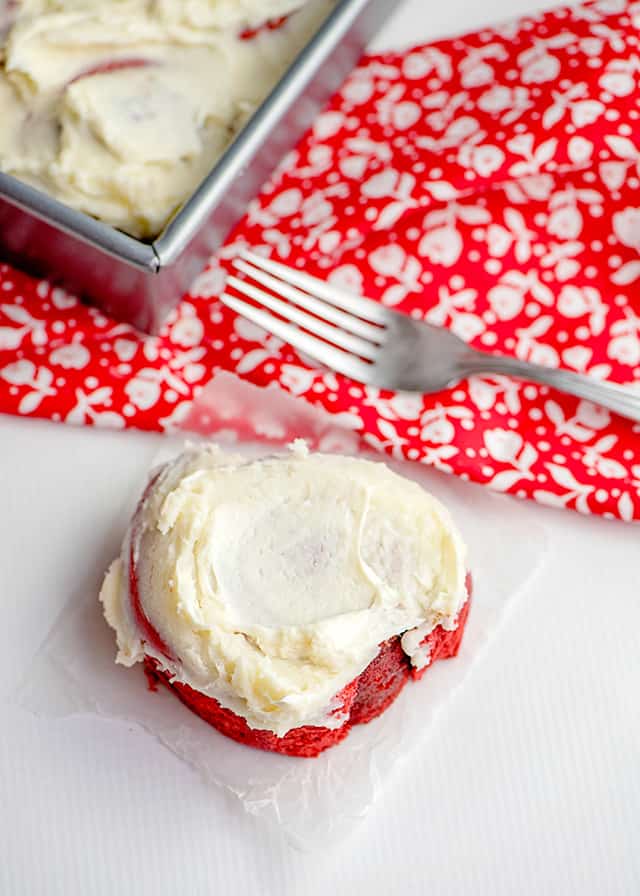 How to make Cinnamon Rolls With Cake Mix 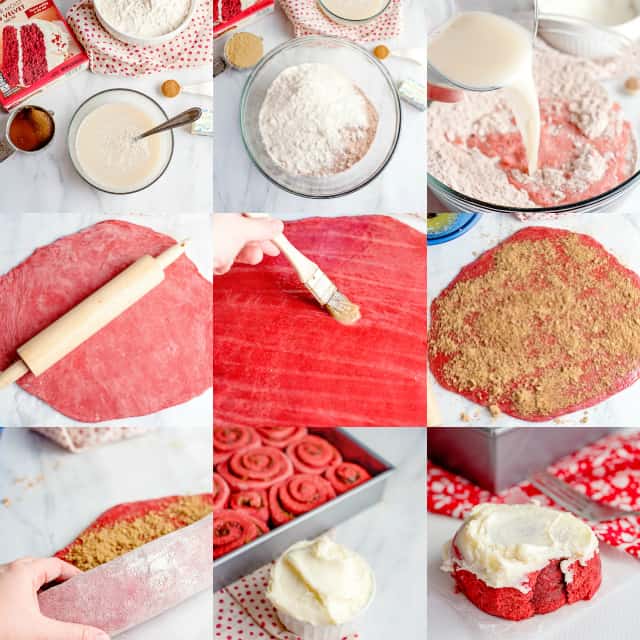 Because of the cream cheese-based frosting on these cinnamon rolls I store them in the refrigerator. Your rolls will spoil if left out on the counter. Just place in an airtight container and store up to five days in the fridge.

If you want them warm like fresh out of the oven, toss in the microwave for a few seconds to warm them up. 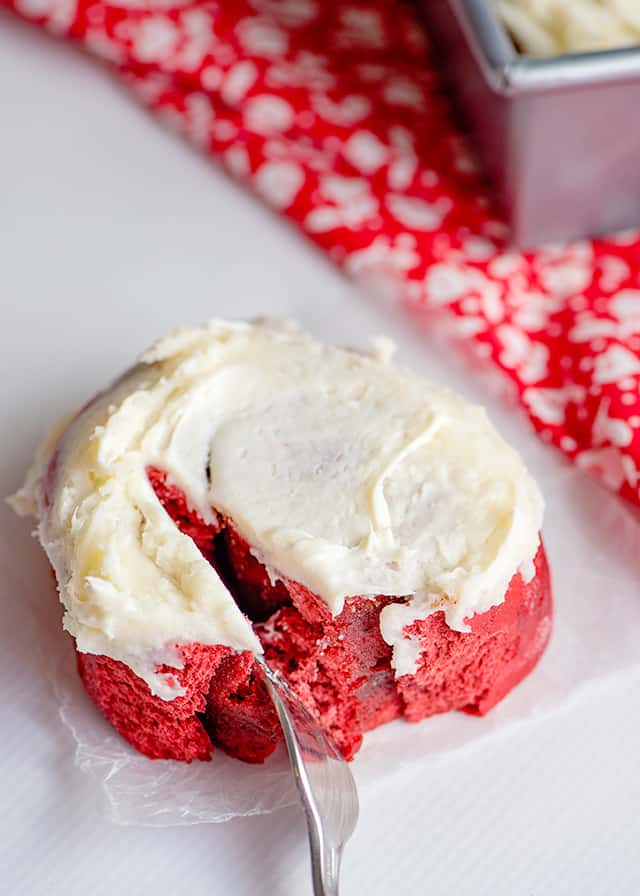 How to make Cinnamon Roll Icing

I begin by adding the room temperature cream cheese and butter to a large bowl and beating until completely smooth. Scrape down the bowl and add the powdered sugar, heavy cream and vanilla extract. Beat with a hand mixer until it comes together. Gradually add more heavy cream until you have the consistency you like. 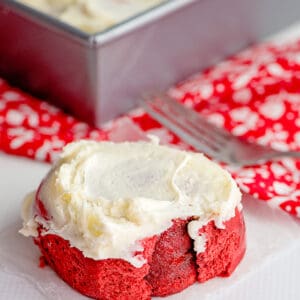