Grab a bowl and scoop some raspberry crisp in it and top it with some ice cream! The crisp topping is loaded with brown sugar and oatmeal. This is the perfect end of summer dessert! 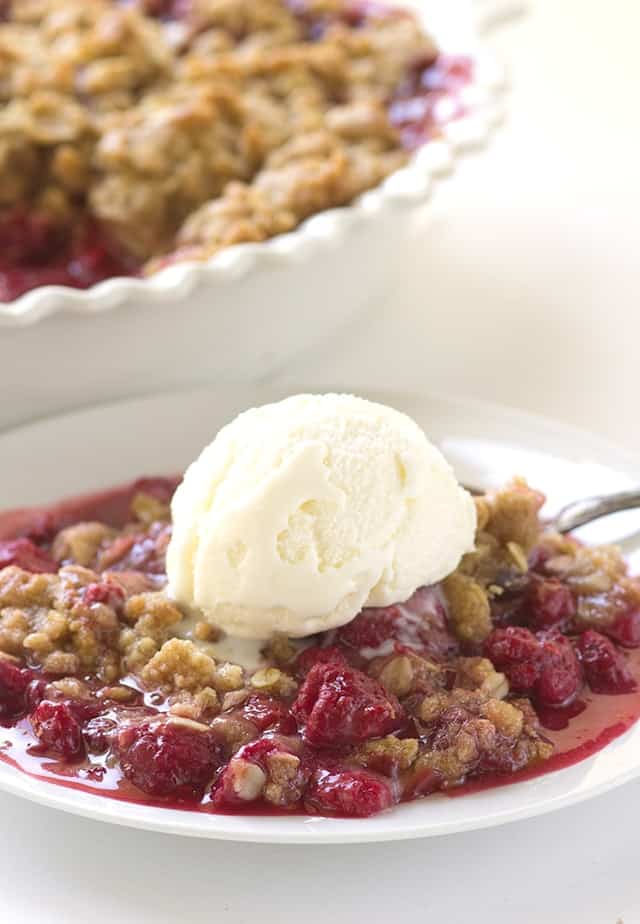 A couple of weeks ago my husband took me apple picking where they also happen to have raspberries for the picking. So I picked a ton of them and made a raspberry crisp.

I am pretty excited to find a place that has a u-pick raspberry patch! The only thing that drives me insane is that raspberries go bad so quickly. You need to use them up like RIGHT NOW otherwise they start to mold. Boooo.

I'm a sucker for the crisp topping. I could eat it before it's baked or after. I'm not picky and I love the addition of oats in it! I don't really need the fruit, but I thoroughly enjoyed the raspberry filling.

It reminded me of the raspberry pie that I made after visiting my husband's mom a few summers ago. Her raspberry pie was the first that I've ever had, and it tasted amazing! So amazing that I came home to remake it and share it on the blog. 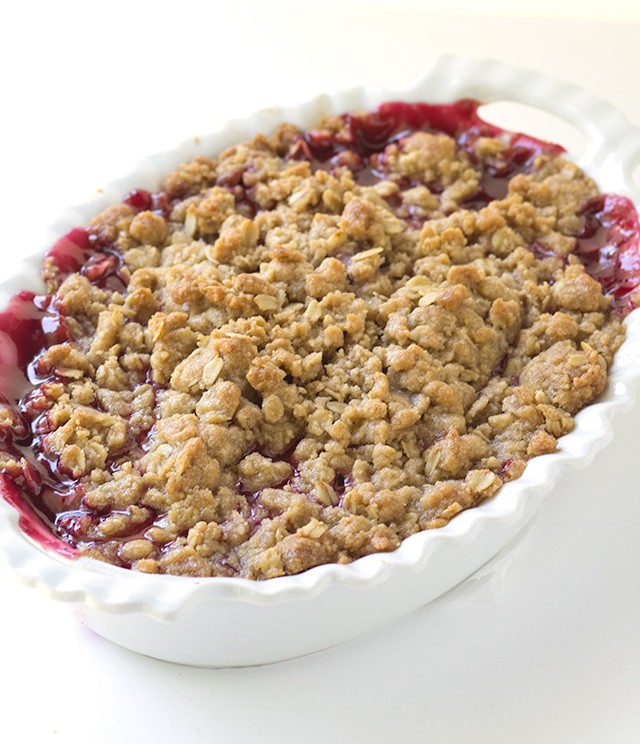 In other news, Lucian is going to be freaking out Friday and Monday when there's no school. He loves school so much.

Every day he'll ask me if he has school the next day. It's not like he asks me just before bed either. I'll literally be stumbling down the stairs at 6:45 in the morning, getting him ready for school and he pops the question.

That sort of throws me off too. I'm one of those people that doesn't function well for the first hour or two of waking up. I make it work.. just not well. 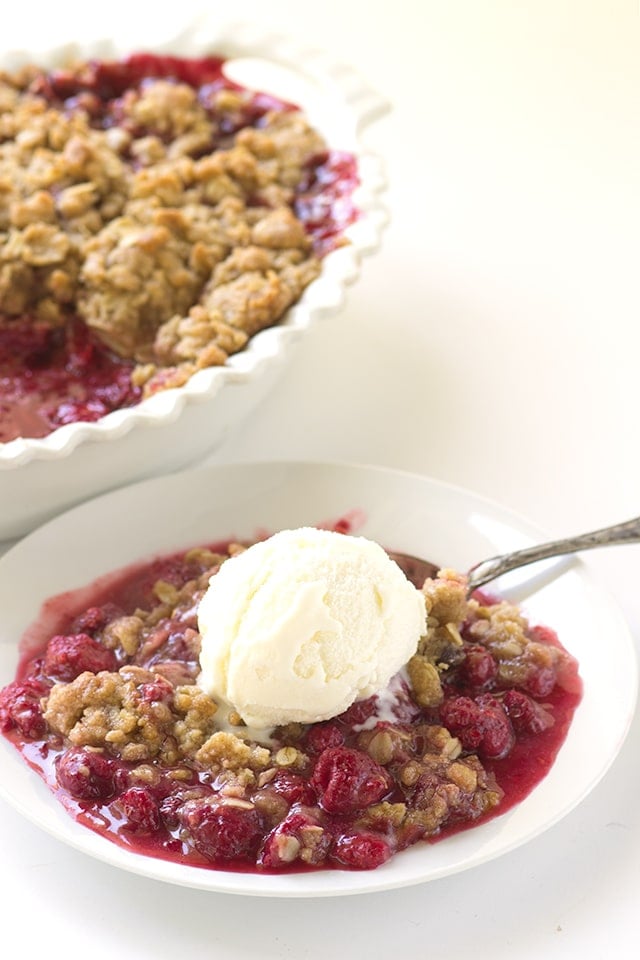 How to make raspberry crisp: 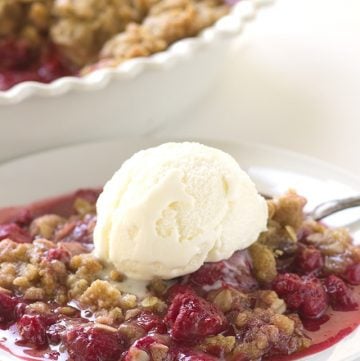 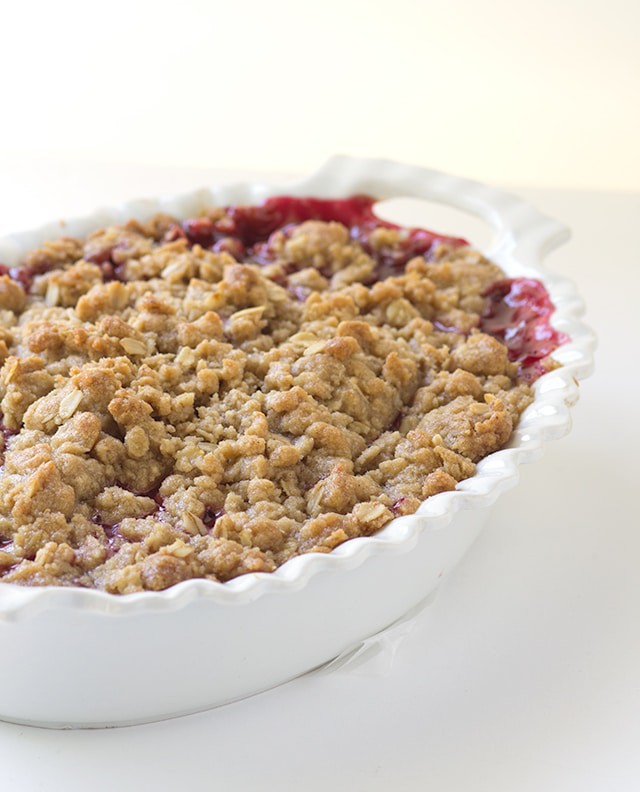 What's your favorite way to eat raspberries? I like popping them in my mouth straight from the plant or eating them in dessert!