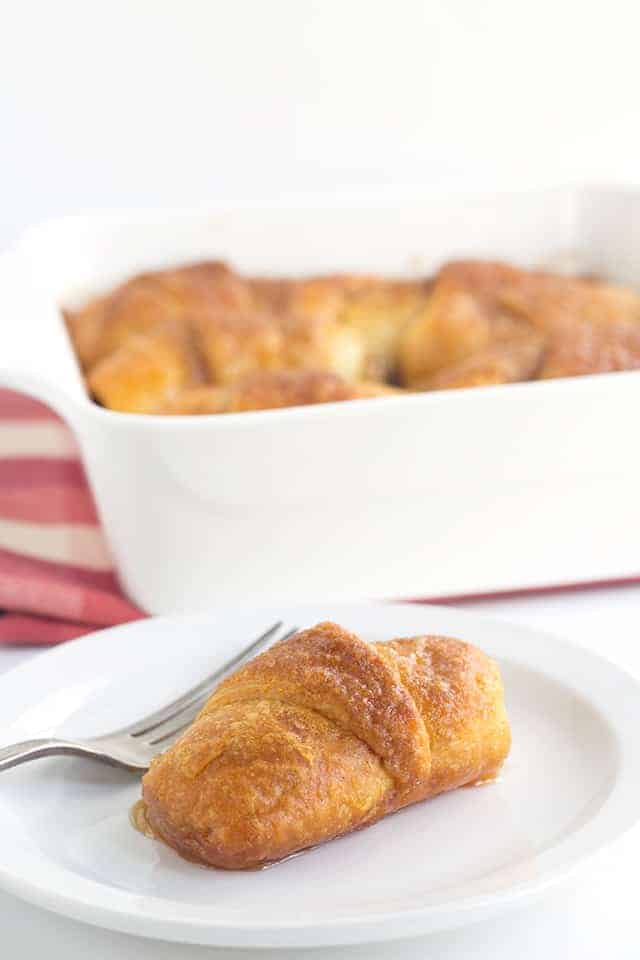 I wish I could participate in the 48th Pillsbury Bake-off® Contest and share one of my son's new favorite recipes. He's a huge apple lover, but until these apple dumplings come along, I had no idea he was also a baked apple lover. I got to watch as he discovered this love and it was the best.

I'm a baking/dessert blogger right. So he's used to coming home with me having a treat or two on the counter. I had just tested this recipe for the second time that day because I really wanted to perfect these. I had one sitting on the plate cooling down so I could give it a taste while I ran to the school and pick him up. He walked through the door and went right for it. I said there's an apple inside. Do you want to try it? He took a HUGE bite and in a blink of an eye had the plate in his little hands and went to his seat at the table and started gobbling it down. It only took him MAYBE a minute to clean that plate up. He said, "MMM that was the best, mama!"

I can see this becoming a new tradition! 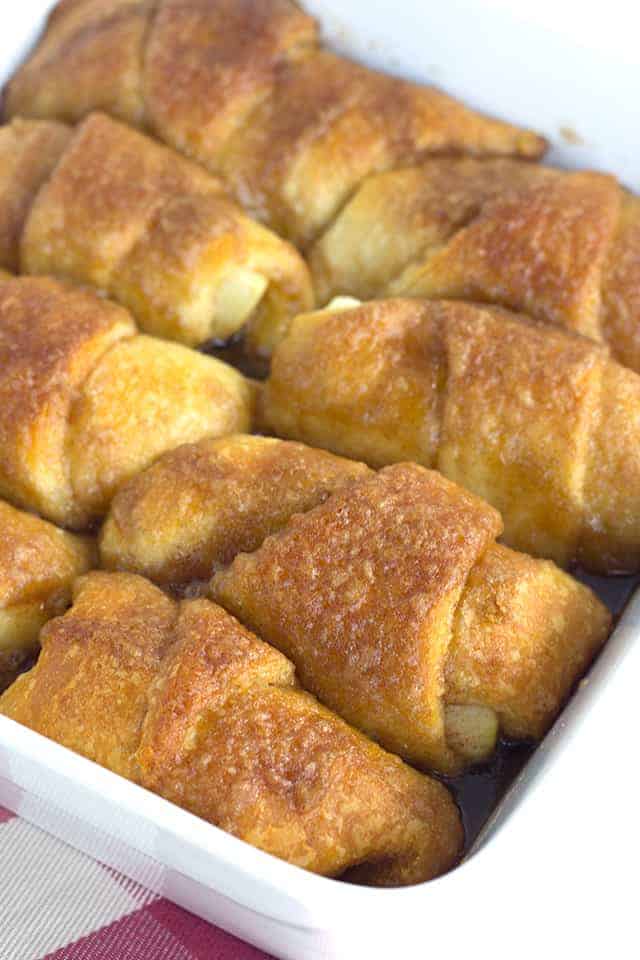 It's the perfect treat for him when he's doing well in school or just with his behavior.

I'm been intrigued by the apple dumplings on Pinterest with the 7up. I think it's 7up anyway, but it just seems like the crescent rolls would come out soggy which does not appeal to me the slightest. I have not tried the recipes, so I can't speak from experience on that. I can, however, tell you that these ones are not, I repeat, are not soggy! 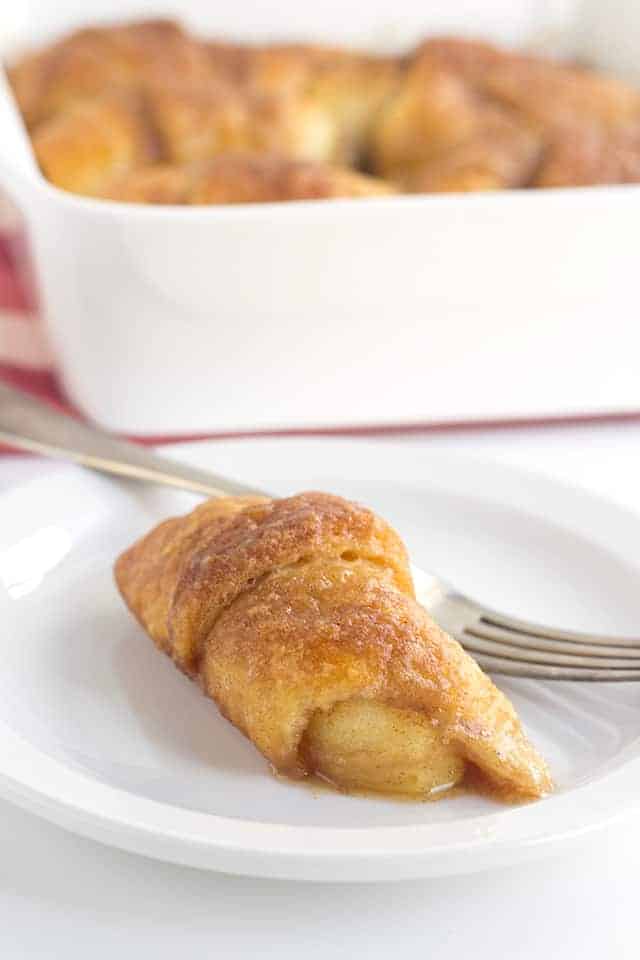 I think the best part about this dish is that it doesn't take a ton of ingredients to make. You only need 5 ingredients! I make a small dish of dumplings because I have a small family, but you could easily double this recipe too if you have a larger family. 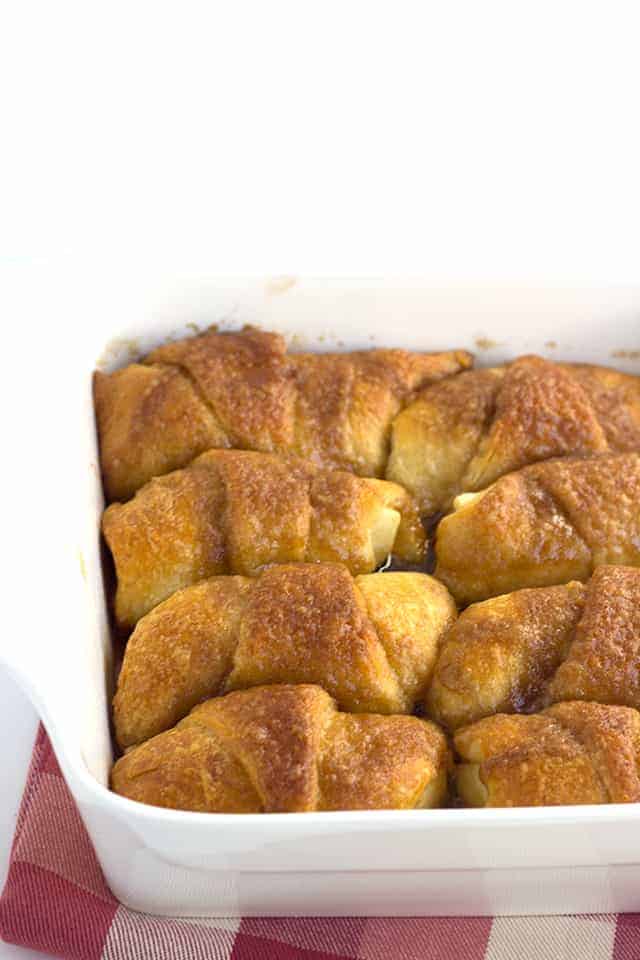 I love to do recipe contests! If you love to do them as well, make a recipe using Pillsbury's Crescents, Grands! biscuits, Cinnamon Rolls, Pie Crust, or cookie dough and enter it into the bake-0ff. You can't win, if you don't enter! Head over to check out the official contest rules before you get started though. 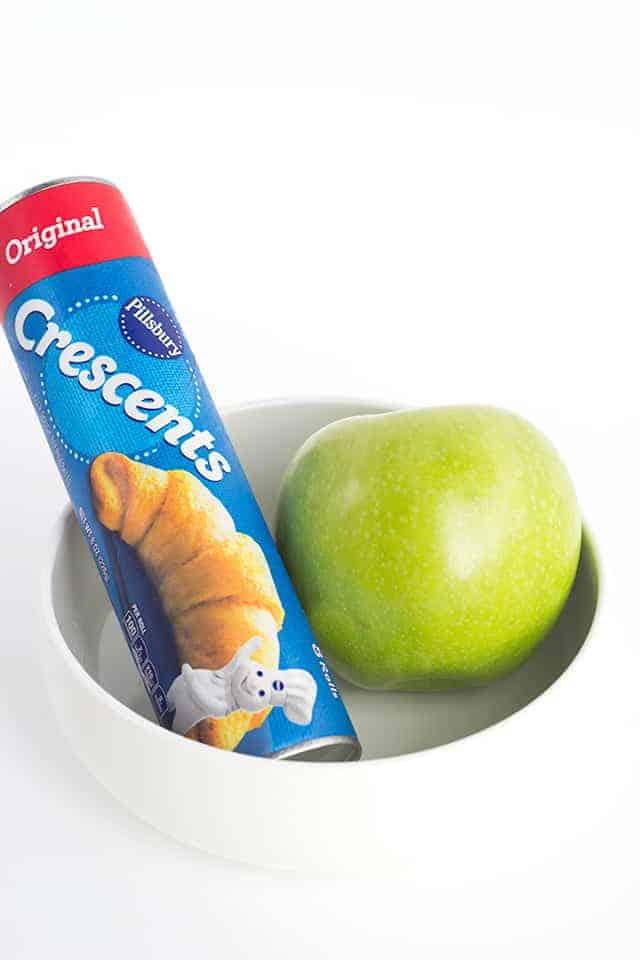 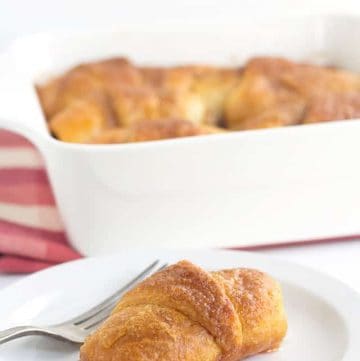 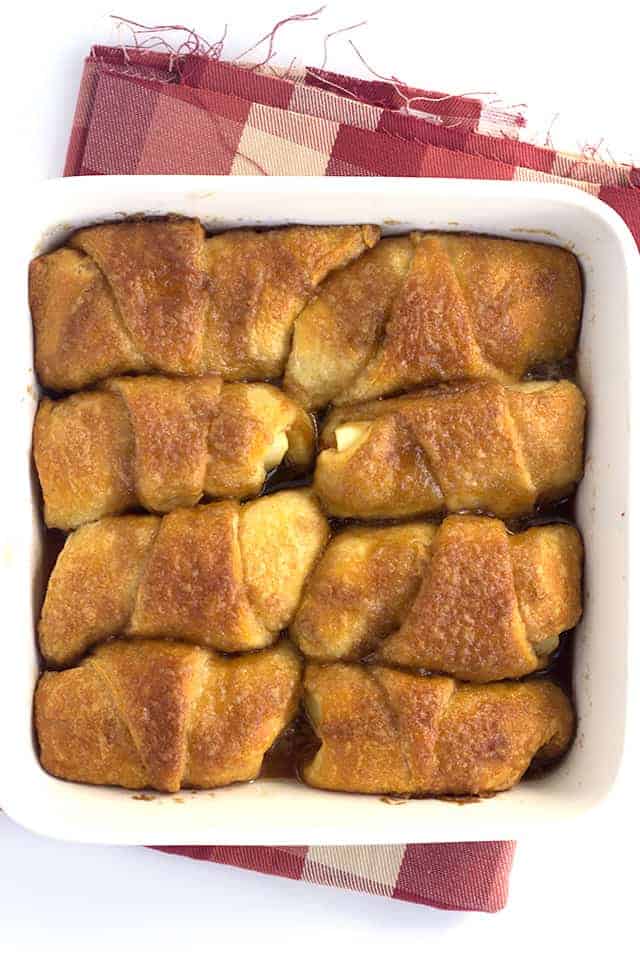