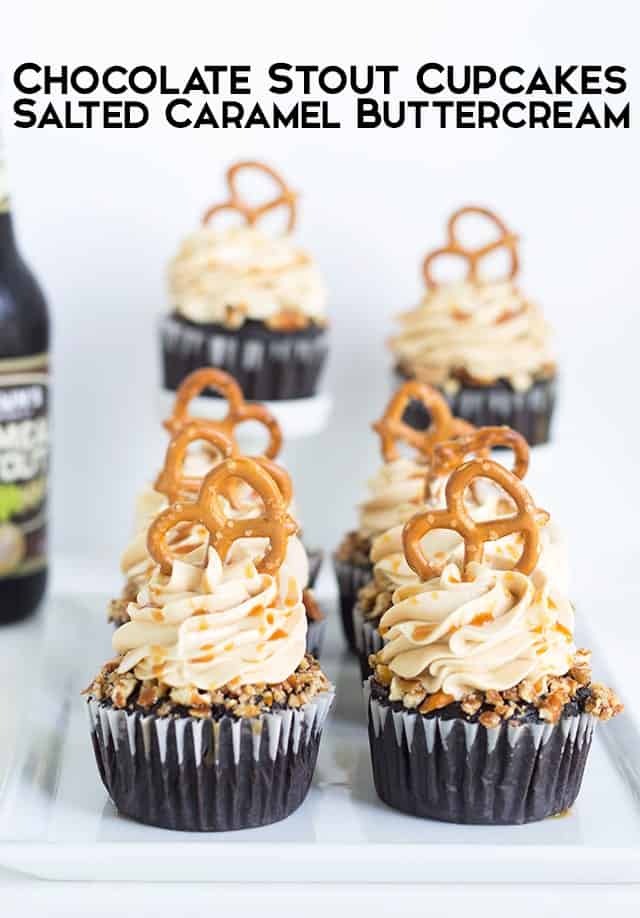 Happy Father's Day! I made you Chocolate Stout Cupcakes with Salted Caramel Buttercream! I added some sugared pretzels and a salted caramel drizzle to the mix too. The stout shines in the chocolate cupcakes. In my opinion, the best tasting beer is that that is in a baked good. Can we all agree?

It's so funny. My husband is not any kind of an alcohol drinker. He can tell you anything about beer though. It's one of the things that he really enjoys reading about and would love to start his own brewery. He's the man I went to when I was looking for a beer to throw in my cupcakes for Father's Day. He did not disappoint. He came carrying an Oatmeal Stout to me and told me that this was the beer to use. So I did. 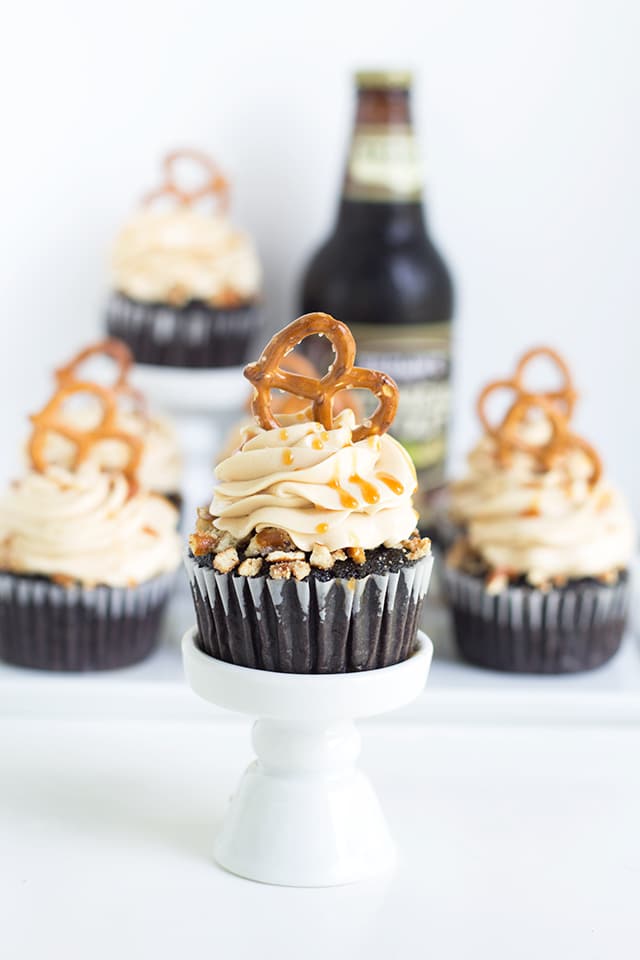 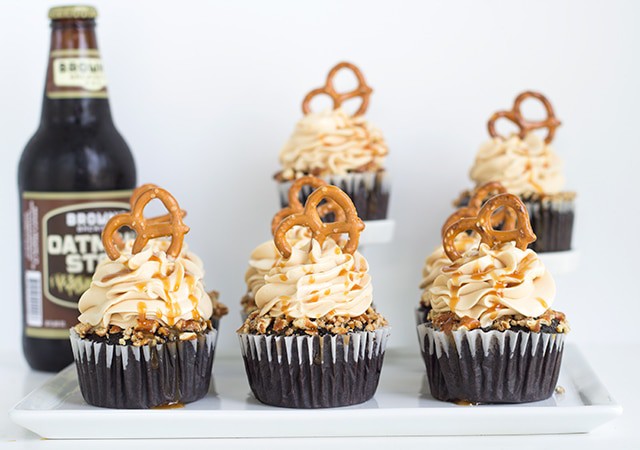 Wesley fell head over heels for these cupcakes by the way. I can proudly say I nailed it! These amazing cupcakes weren't the only thing Wesley got for his Father's Day this year. I know, we're still early, but he found something that he needed. We were at Guitar Center and he found a pedal. It was called the Swollen Pickle. Who names these things? Regardless, we made him a happy man! 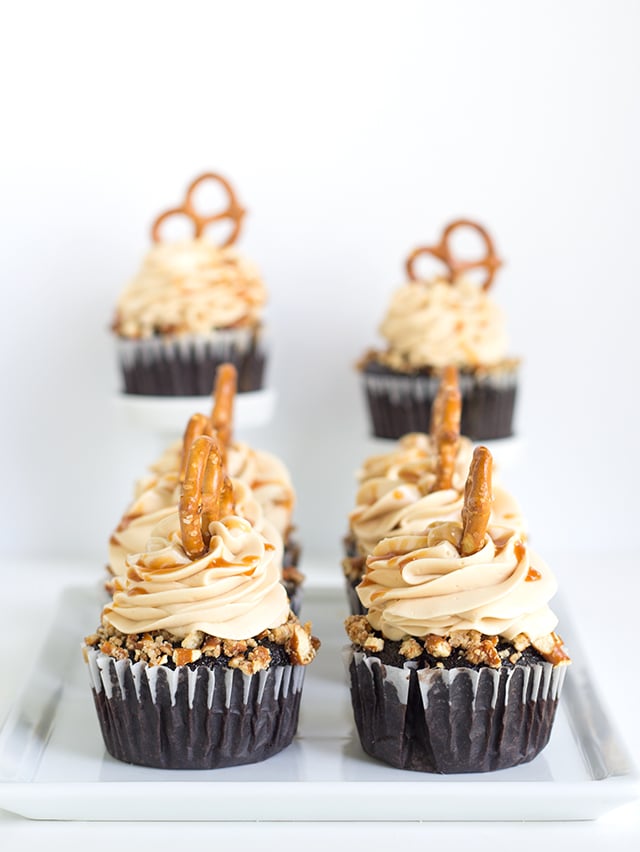 I have a few dessert recipes that I think can be related to a manly dessert if you're in need of some ideas. I have the Maple Bacon Cake Pops, Peanut Butter Bacon Donuts, Jalapeno Popper Cheesecake and Chocolate Stout and Pretzel Cookies. I'm here to hook the dad's up with some sugar. I also am quite fond of hooking myself up, kids, and basically anyone that will eat my things. Just saying. 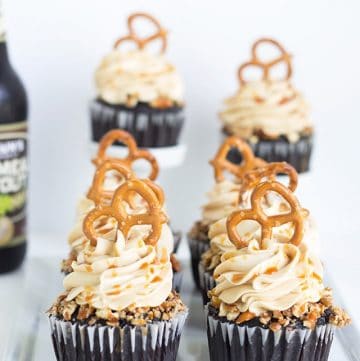 I also want to mention that I'm working towards an ambassadorship with Rodelle. They've been around since 1936 providing premium vanilla extract. Since then, they have expanded into other high quality extracts as well as dutch cocoa powder. My personal favorite product is the vanilla bean paste. It's so intense in flavor and ahhhmazing. That's why I use it in basically every recipe 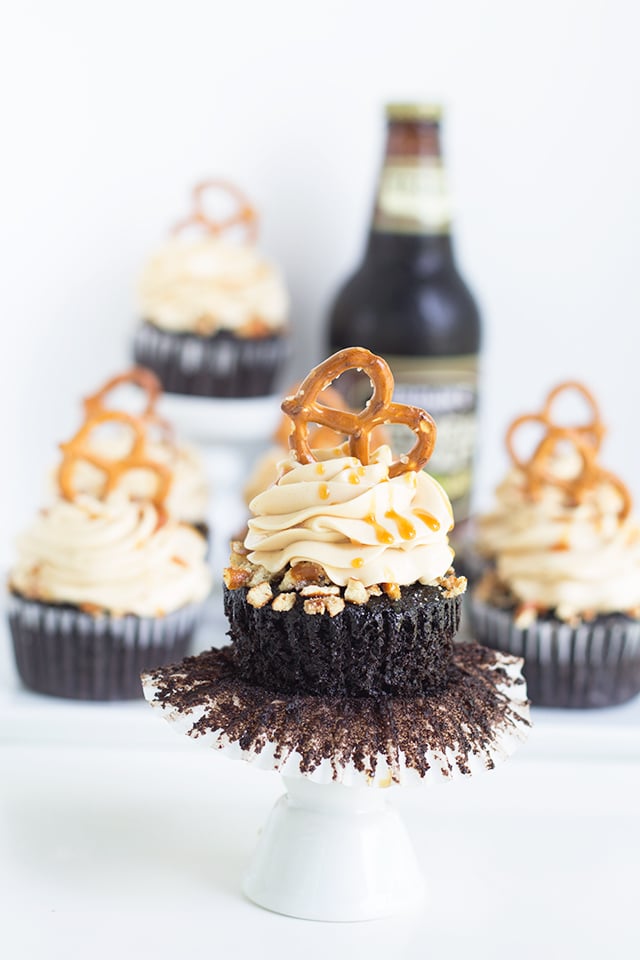 They're also doing a giveaway right now with Kitchenaid and Ovenly. You can enter as often as you want and there will be 15 winners. So, if you're into winning some goodies, head over and check it out.