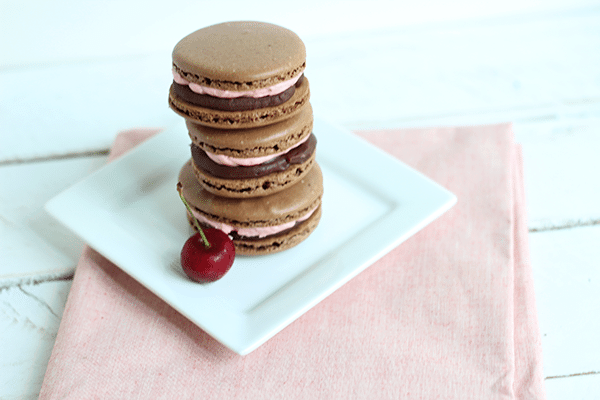 Anyway, this chocolate party has me trying new things. I like it. I’m not sure how much my husband likes it considering fruit and vegetables are his enemies, but it might grow on him.

A lot of people believe that making a French macarons recipe is intimidating. While this recipe is definitely not the easiest to make, it’s not the most difficult either. Making this chocolate macaron recipe just requires patience and practice.

How to Make Uniform Chocolate Macarons

Using a template to make chocolate macarons will help them to be uniform in size. I used a lid to a salt shaker to draw circles on parchment paper so I had macarons all the same size. I flipped the parchment paper over and began piping my batter. Somehow, the batter didn’t want to acknowledge I wanted them all uniform. Yep, I have a few of all sizes. It’s cool though. I didn’t have a melt down. I was just proud that they all came out right and not like one very flat, sticky mass of macaron, which is what happened to my cherry ones. 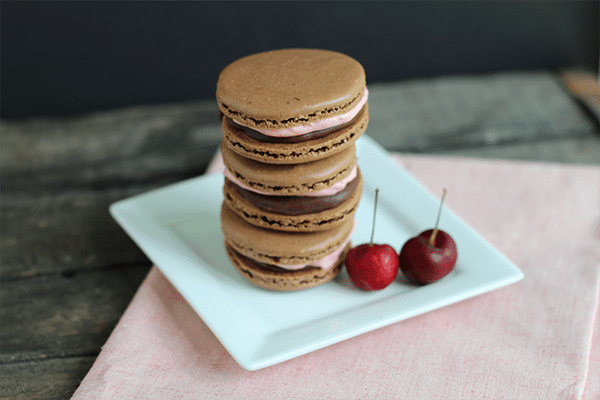 The macarons were adapted from Nerdy Nummies on Youtube.

Have you made a French macarons recipe?

Do you think you’ll try to make this Chocolate Macaron recipe?