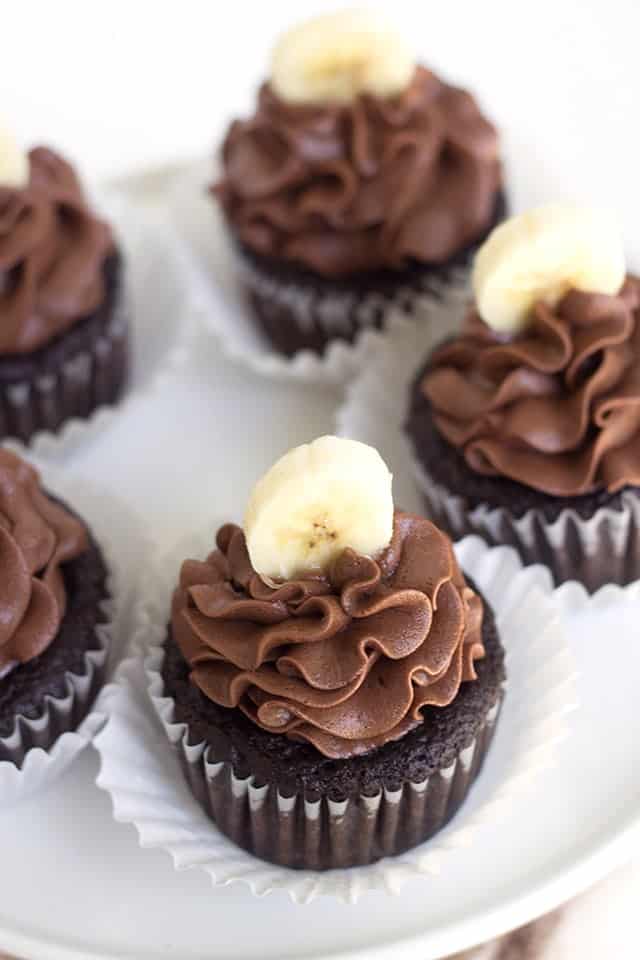 I've been in the mood to make cupcakes galore! We have some chocolate banana cupcakes with a tasty chocolate frosting! I topped the cupcakes with a fresh slice of banana too. These cupcakes are incredibly moist from those super ripe bananas and definitely the addition of yogurt.

I was so inspired by my chocolate chip banana bread that I made myself a chocolate version. These are less like bread though. That's a good thing, right? Bread like cupcakes sound horrible. 😛

I'm guilty of tweaking my own recipes all the time. Once I have a base recipe for something, I will start working it into new recipes. My french macarons, for example, are all from my same base recipe. It works perfectly and has obviously been tested many and many of times. Pretty smart right? Don't get me wrong, I write a ton of new ones too and test them. It's the best part of my job! 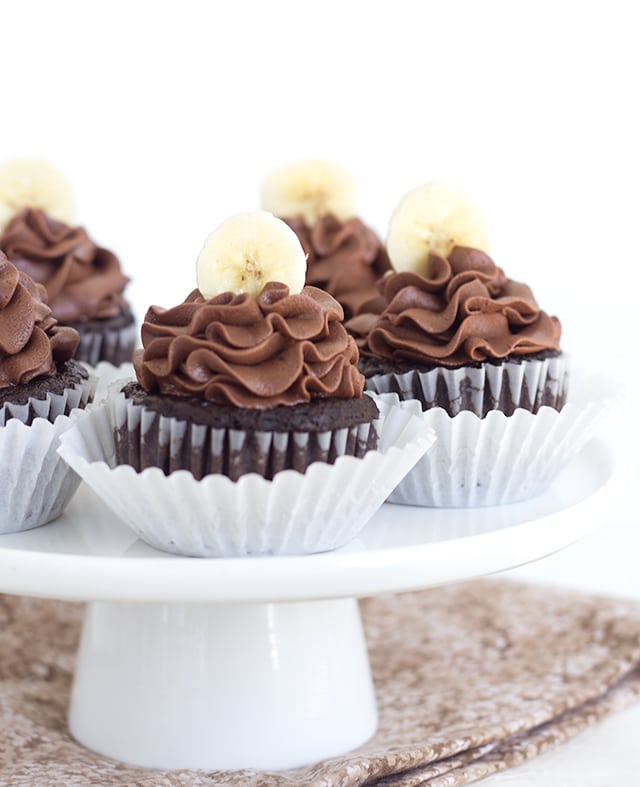 I guess I should touch base on my fresh banana slices. You will want to add them just before serving. I got out my fruit fresh to sprinkle on them to keep them from browning, but lemon juice should also do the trick too. I just happen to have fruit fresh on hand because brown never looks pretty on a fresh fruit when trying to get photographs of it and I do some canning in the summer!

I love to can and preserve, but a lot of the time I find that I'm the only one that eats the stuff in our house. I always can as much as humanly possible in diced tomatoes for my parents. They eat chili like every other day from September to May and love to use our home grown tomatoes instead of buying them. I would love to eventually get a large pressure canner, but as it is I have my water bath that used to be my gram's! 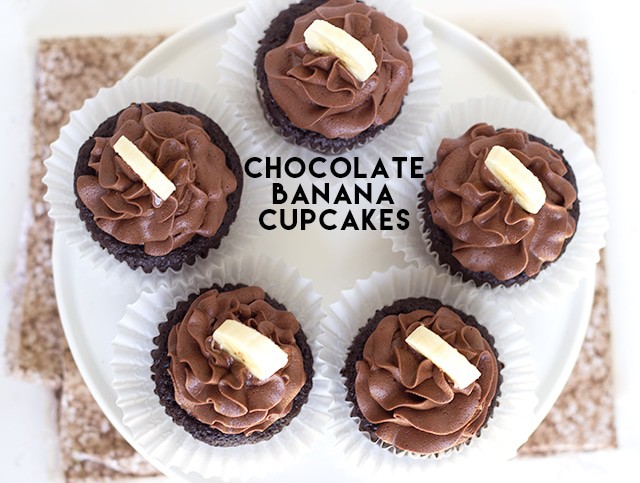 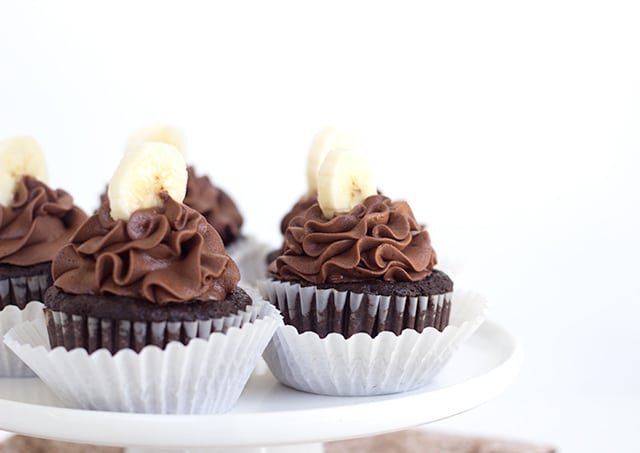