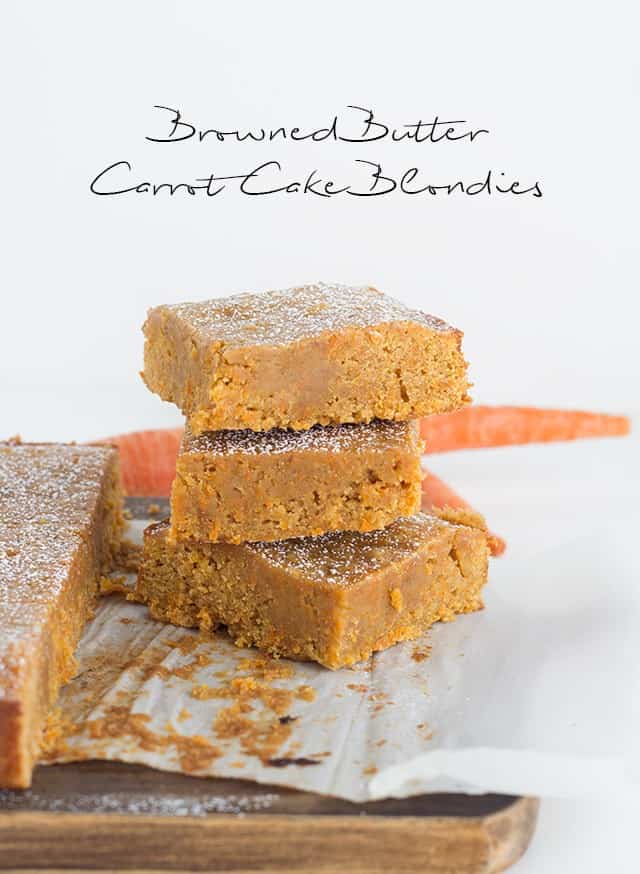 Who loves carrot cake? I do. It's so darn good. Let's get a little crazy and make some browned butter carrot cake blondies then. If you're on the look out for some fantastic carrot cake instead, you must check out this caramel frosted carrot cake.

I was going for some super dense blondies. I think it was a job well done. It has some spice, loads of sweetness, and even more bits of grated carrot. I also think these blondies would be outstanding warmed up and topped with some vanilla caramel ice cream. If anyone tries it, do tell me about it. 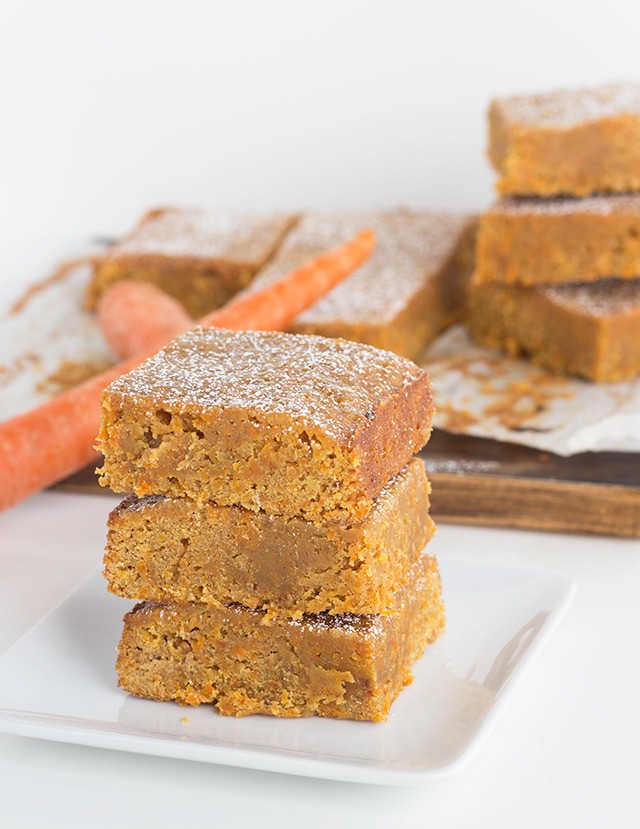 I added some butterscotch chips to these blondies. I think it really helps to make them dense. If you're not much of a butterscotch fan, you could definitely substitute with white chocolate chips. I haven't tried it with the white chips, but I'm pretty confident the blondies will be just as good. 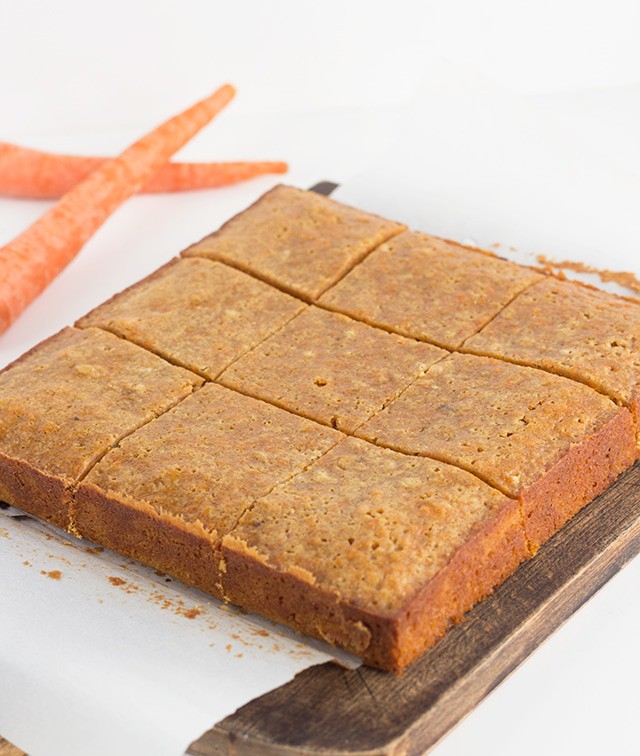 Who loves butterscotch other than me? Do tell in the comments!