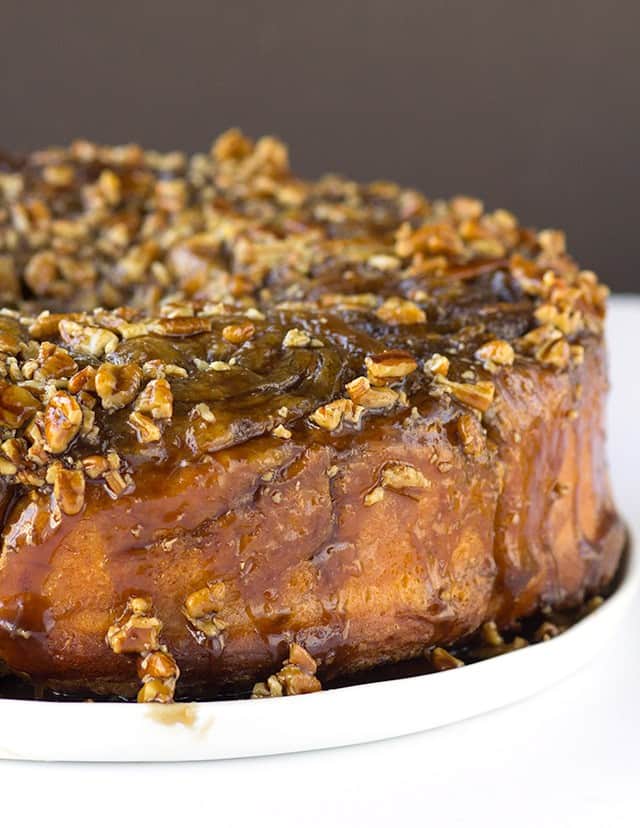 Pecan sticky buns for the upcoming holidays! There's nothing like some cinnamon buns sitting on top of a layer of pecans and caramel sauce. The buns absorb the caramel sauce and butter making them incredibly tender while the pecans become completely enrobed in the sticky sauce. Doesn't this sound like a sticky bun that you need in your life?

I'm such a sucker for pecans especially if they're coated with caramel. I'm down for just toasted pecans too. Either will do just fine for me. My husband isn't a big fan, so being the good wife that I am, I was able to skim the pecans off his sticky bun no problem. 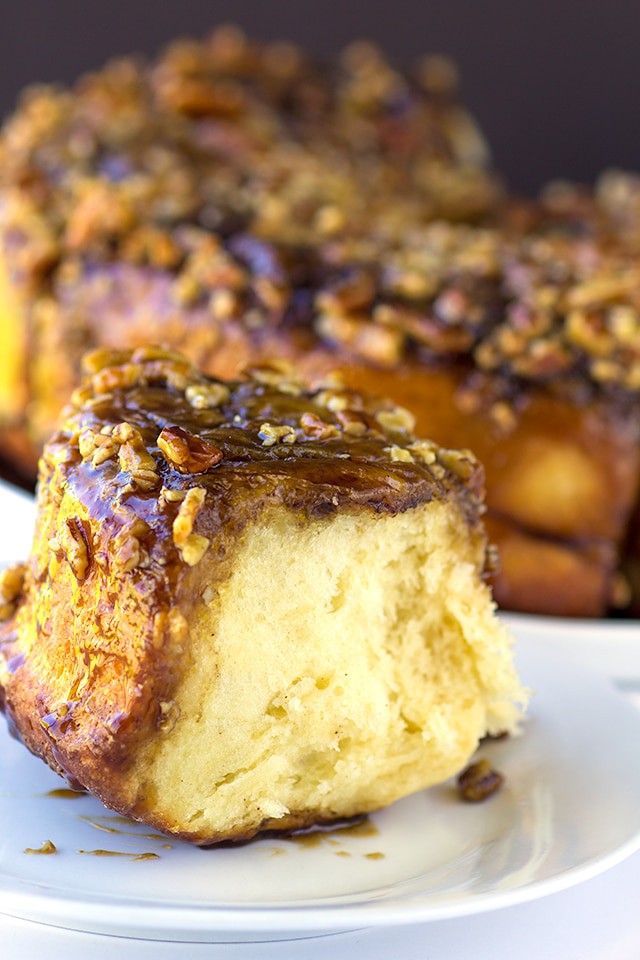 Is anyone else addicted to bakery emulsions? LorAnn Oils has the best variety. 20 flavors to be exact and I only own 7 surprisingly. A few of my favorites being the butter vanilla, buttery sweet dough, and cinnamon spice! I've been adding them to things here and there. I added the Buttery Sweet Dough to these pecan sticky buns. It has a buttery citrus scent and flavor. It works perfect in cinnamon rolls/sticky buns. I would also throw it in my homemade cinnamon swirl bread. It's just that little extra something. 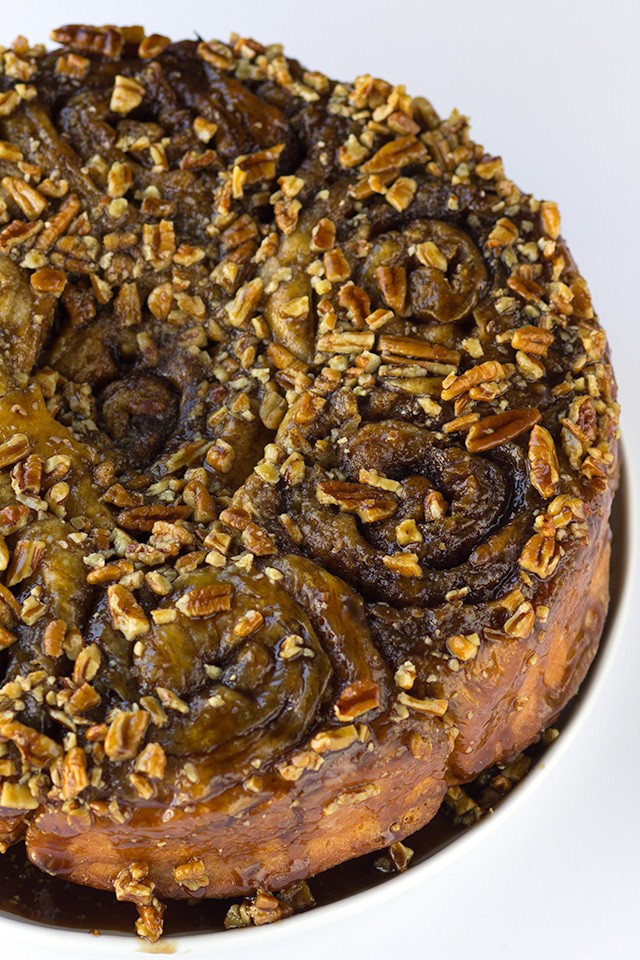 After I finished the final recipe and photos, my boy helped me taste test these buns. I had a single bite of the first bun and he took it over. Sometimes he can be a little picky when it comes to nuts in his food, but these went down no problem. It was a little unfortunate for me since I wanted to just devour them. That was my intentions when I got that piece.

Lucian is so funny. He expects me to share my food with him, but I better not ask for a bite of his. I get the stink eye and an abrupt no. Sometimes I can guilt trip him into a teensy weensy bite though! Meanwhile he's picking things off my plate constantly. Pickles and banana peppers are always the quickest ones to be snagged. He's lucky that he's so cute, that's all I have to say! 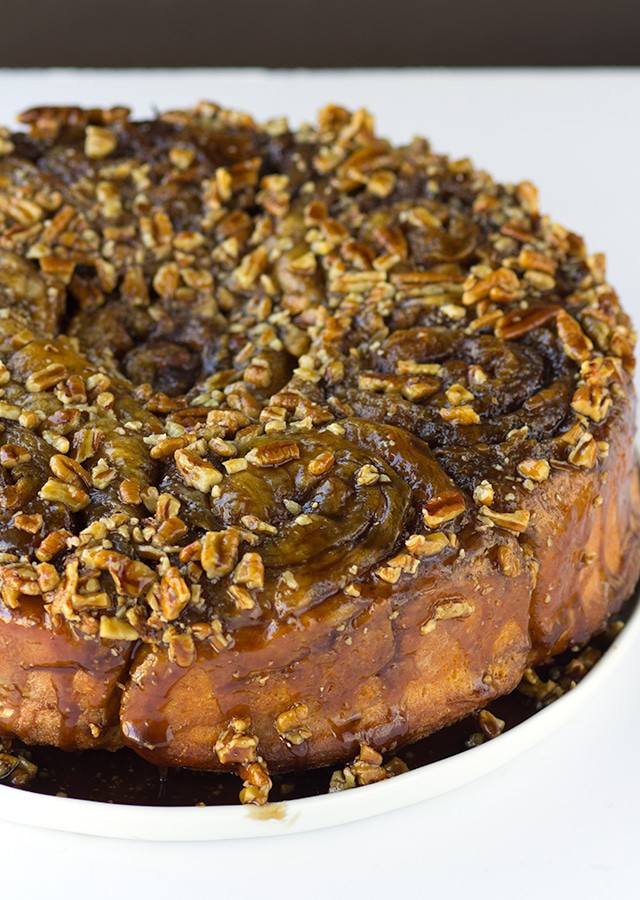 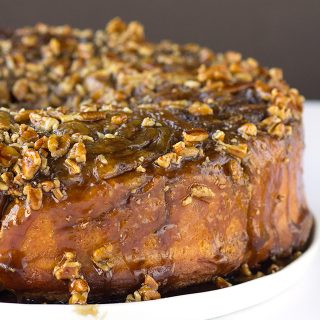