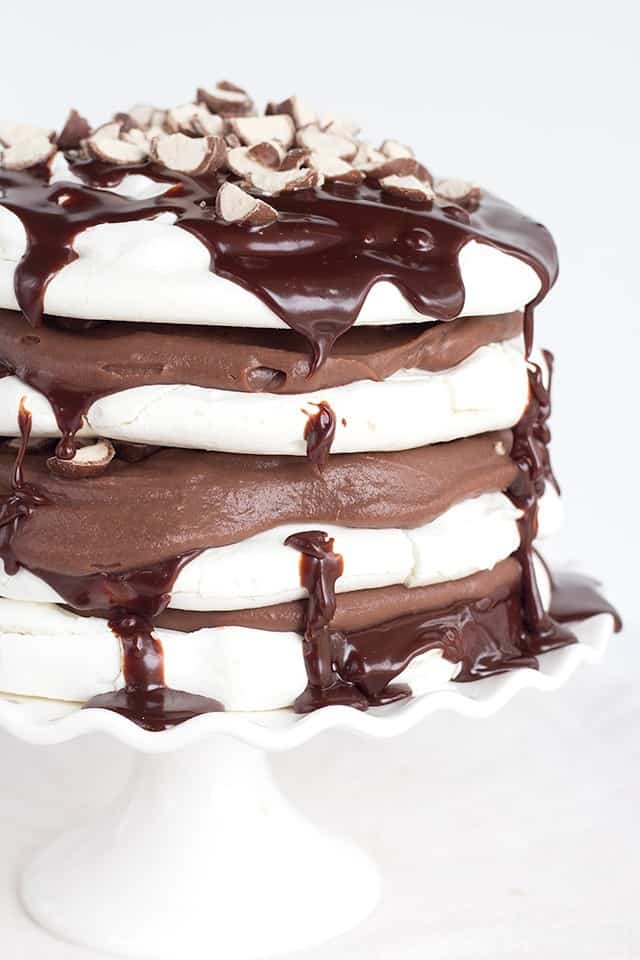 After I made my chocolate blood orange tart, I had quite a few egg whites to use up. I wanted to make this chocolate malted milk pavlova and use them up. I'm a sucker for malted milk and get anxious to start using it in all sorts of recipes as Easter approaches.

Do you remember my no bake malted milk cheesecake , malted milk chocolate truffles or malted milk cookies I made last year? It's like once I get on a kick of using a particular ingredient, it takes a few recipes before I set it aside. It's what I do. I obsess for a few weeks and then forget it for a year. Crazy? Probably. lol

One thing that I've learned after making this chocolate malted milk pavlova is that it is pretty up until you cut into it. There's absolutely no way that I could make the slice I cut out pretty. It did get slightly soft from the fillings and held together but the fillings squeezed out some. I'll let you in on a secret. I don't mind messy though. In fact, I love a messy food! 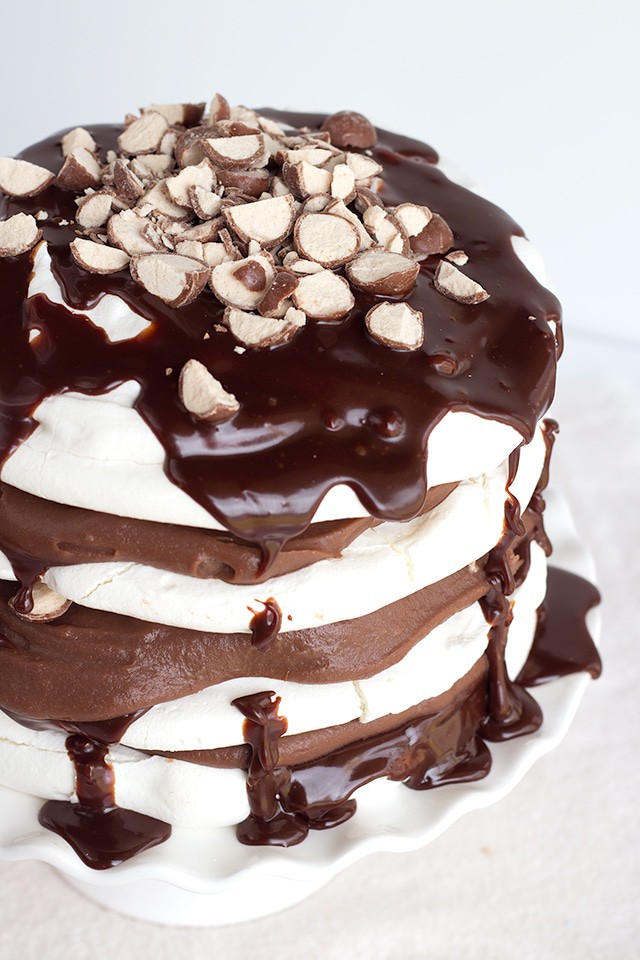 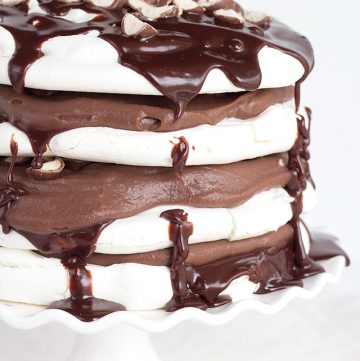 Have you ever made palova?