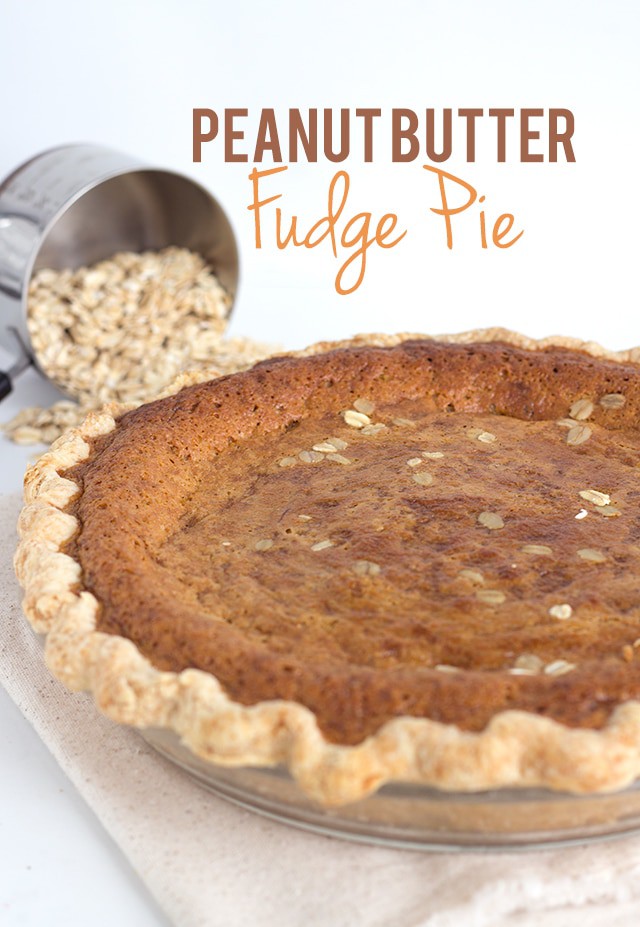 You know it's pie season, right? Of course you do! So, I have for you this peanut butter fudge pie. It's a peanut butter and oat version of a pecan pie. I placed the oats on the crust before pouring the filling in the pie crust. I tried to mix the oats in with the filling, but it become too much like a cookie and less like a pecan pie texture. I really like that the oats make the crust a little chewy though.

I love the flavor of this pie. It's literally like taking a bite of peanut butter fudge but with the pecan pie texture which I love. It also have a very thin meringue type topping like you find on the tops of brownies or pecan pies. Don't let it fool you though, there's a gooey decadence beneath that shell. 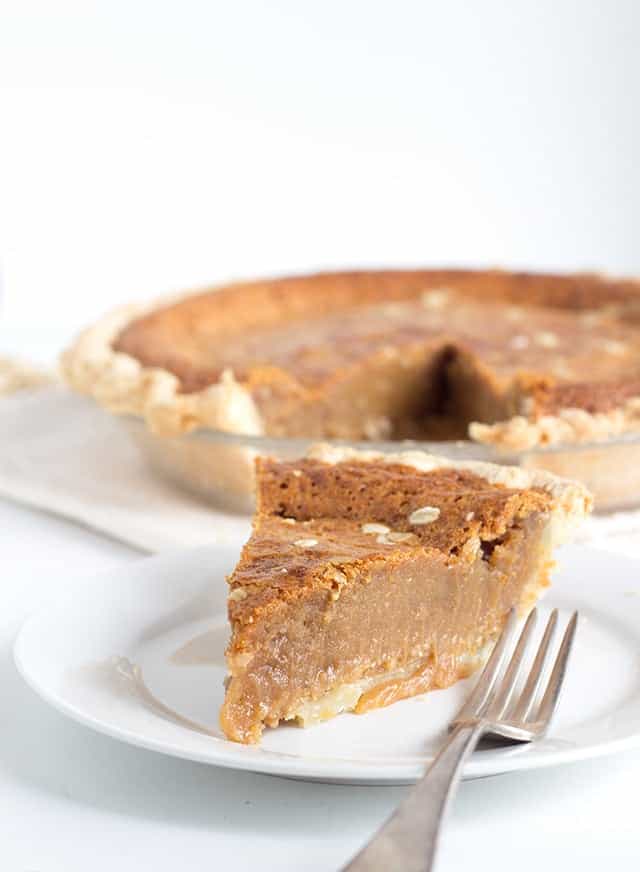 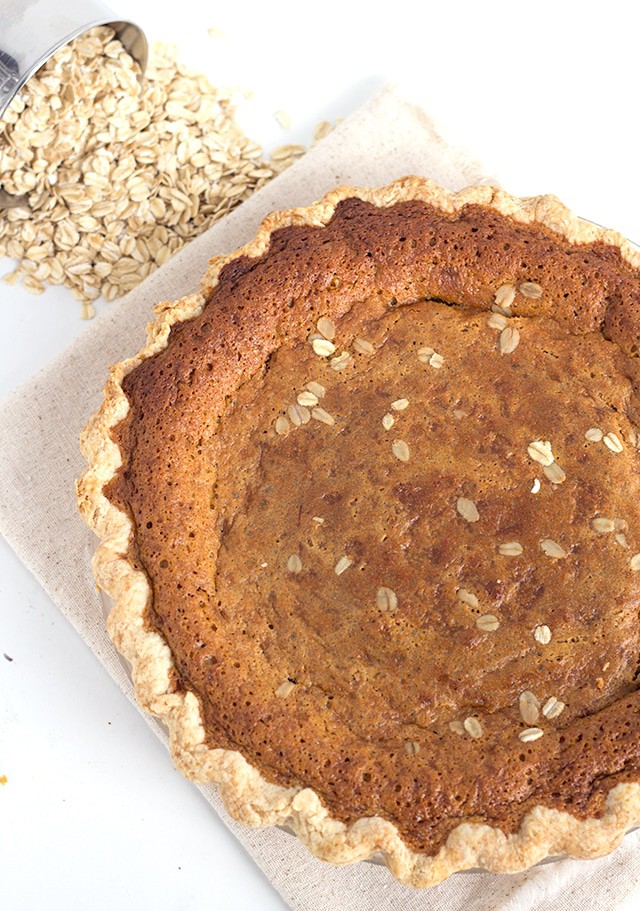 This pie would make an awesome addition to the Thanksgiving or any holiday dessert table. Heck, it would be awesome as a fun family treat. I made it and worked on polishing it off out of the pie plate. It's kind of how I roll on certain days. Luckily, my hubby can be the same way. We really do make the perfect pair. I draw the line at drinking out of big jugs of anything though. That's a no no in the Couse house. Something makes my skin crawl about possibly having someone else's back wash all up in my drink. On that note, I'm going to jump back into talking about this peanut butter fudge pie. It's much more appealing. 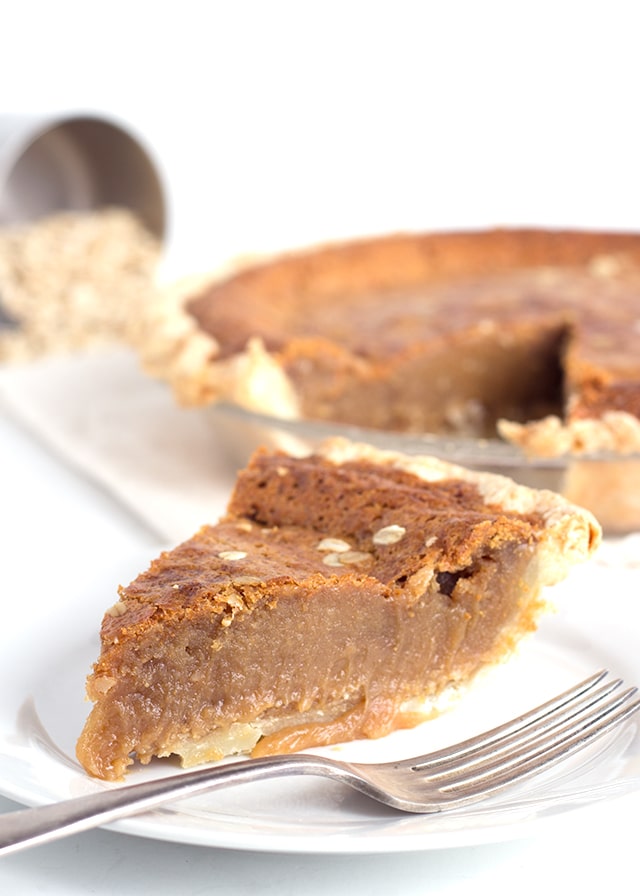 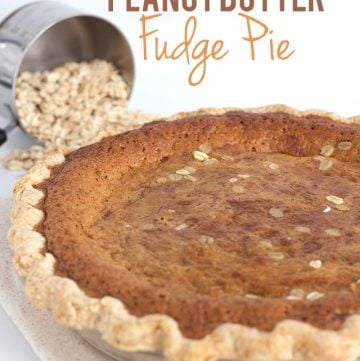 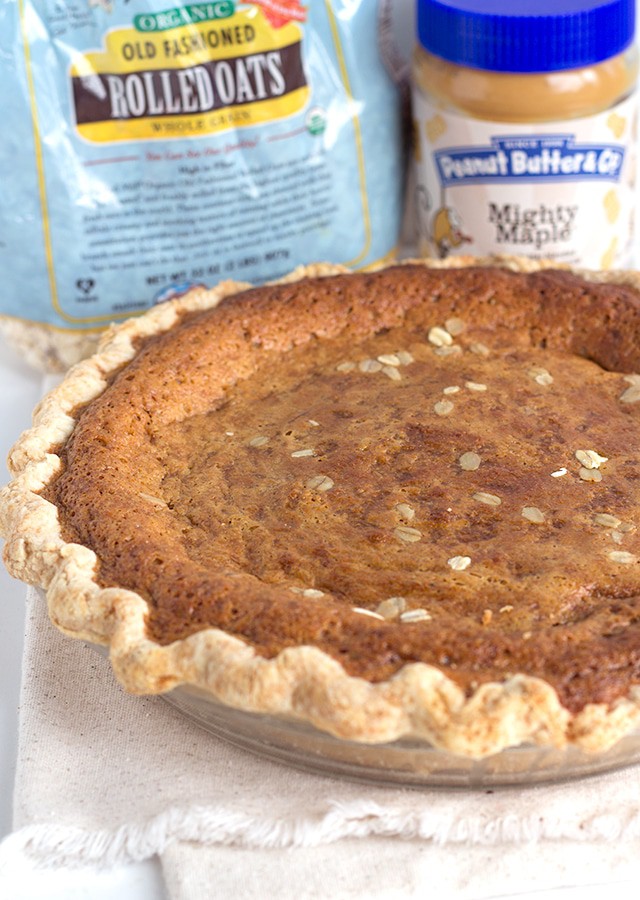 This post is not sponsored. I was provided the Mighty Maple Peanut Butter and Bob's Red Mill Oats because I’m a member of Peanut Butter & Co.’s Yum Squad.