I am a sucker for anything ginger and always have some on hand. I happened to have some pears hanging out in the fridge and decided to make a ginger pear cake out of them. Both the ginger and pears looked as if they were on their last leg and so I killed two birds with one stone and threw them both into a recipe.

I sort of deserve a slap on the back for this one. It reminded me of Fall which happens to be my favorite time of the year. The cake was dense and was able to absorb the liquid and flavor of the ginger simple syrup without making a mess. The chunks of pear then added texture and moistness. 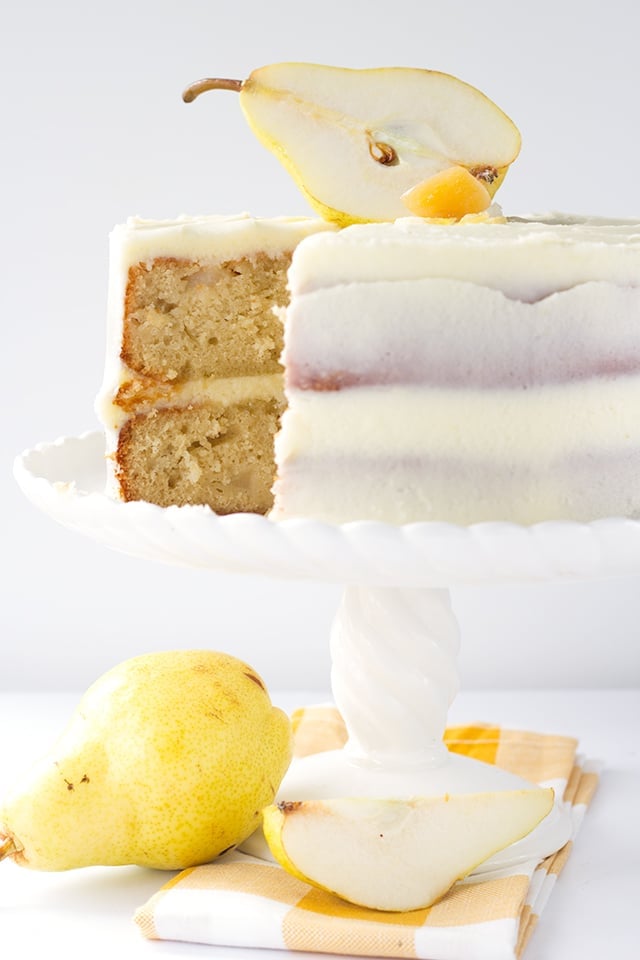 I was going for a beautifully rustic frosting on the outside of the cake. I wouldn't say that I aced it, but ohhh well. I have a serious issue with leaving it rustic. I just want to keep going around and around until the frosting is even and completely smooth. Seriously, I could spend at least 2 hours on just trying to get the perfectly smooth surface.

I wish I was as passionate about having a clean house as I am about frosting a cake. I could use it right now with my 5-year-old having the week off.

Lucian has a new phase too. He loses everything, pretends he has been looking for it for hours, and then asks me to find it. Depending on my mood, I'll lecture him for about two minutes and then find it for him. Other times, I won't budge from what I'm involved in. At least on those days he may learn how to find his things on his own. 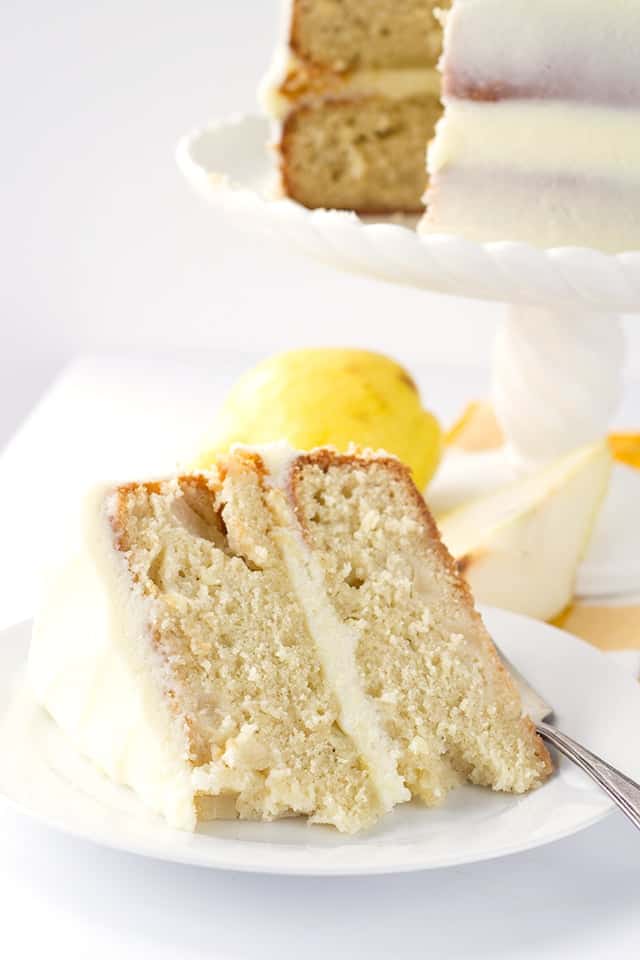 I couldn't think of a better way to use up a couple of pears and some of my beloved ginger. 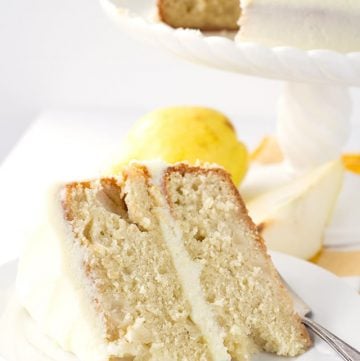 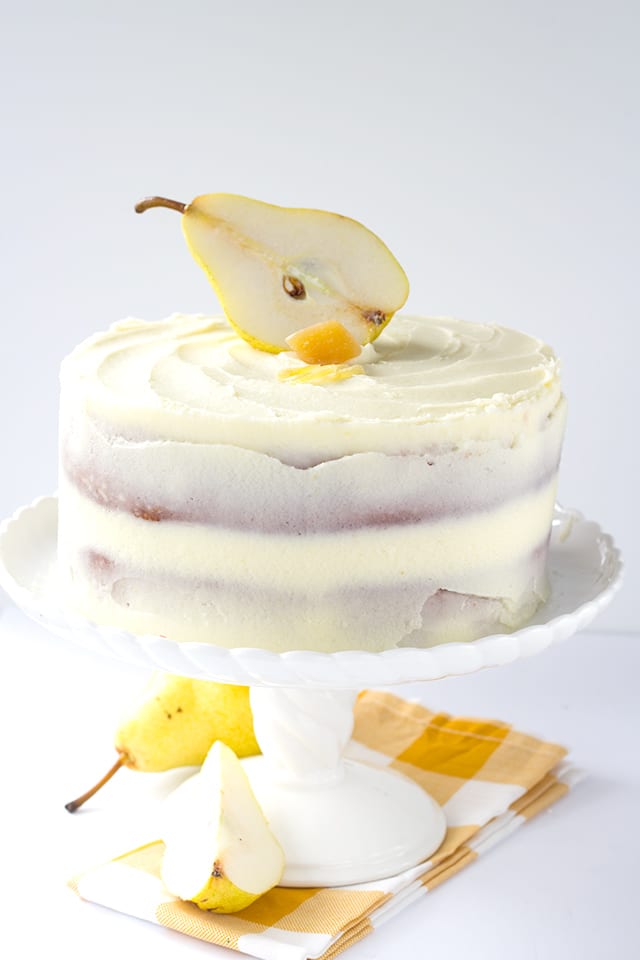