This Sweet Potato Cheesecake is full of creamy sweet potatoes and warm spices. It's baked on a pecan graham cracker crust and garnished with a homemade marshmallow topping that's been toasted to perfection. This is the best Thanksgiving dessert to serve up to your family! Get plenty more cheesecake recipes over here. 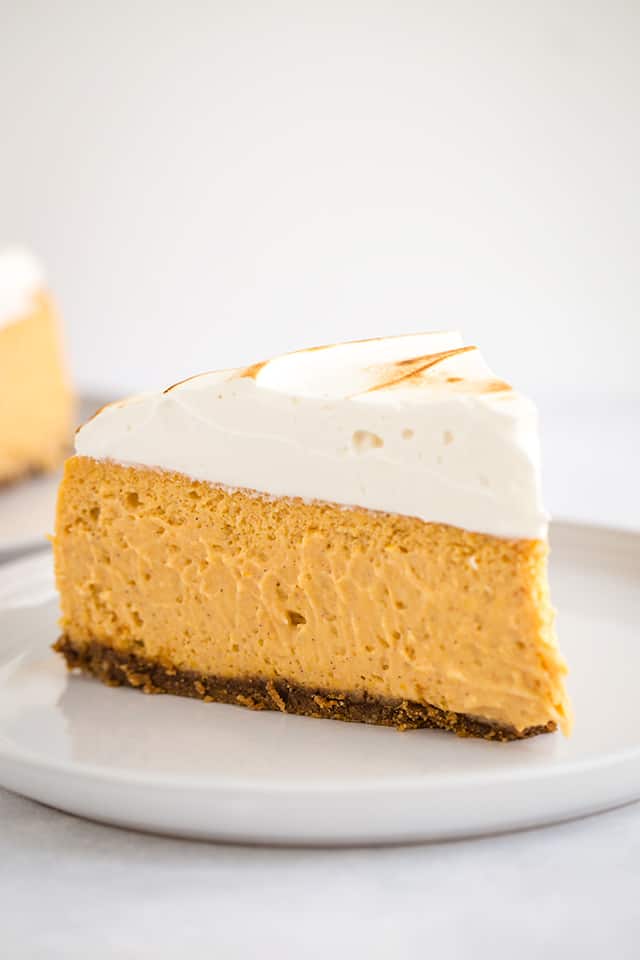 Thanksgiving is right around the corner and you'll probably need a delicious dessert for your table. This sweet potato cheesecake with the pecan graham cracker crust and marshmallow topping is exactly what you'll need. It will be a hit! The cheesecake is extremely creamy. The texture is seriously the most amazing cheesecake texture I've ever had, it's that good! The taste reminds me of the flavors in my sweet potato bars.

How to cut this Sweet Potato Cheesecake Recipe

When you're cutting the cheesecake, heat a sharp knife up in hot water for about 1 minute. Fill a tall container with the hottest water possible and just let the knife sit in it. Dry the knife off and make a slice into the sweet potato cheesecake. Soak the knife again to heat it back up and swish it back and forth to get most of the cheesecake off it. Dry it off again and make a second slice. 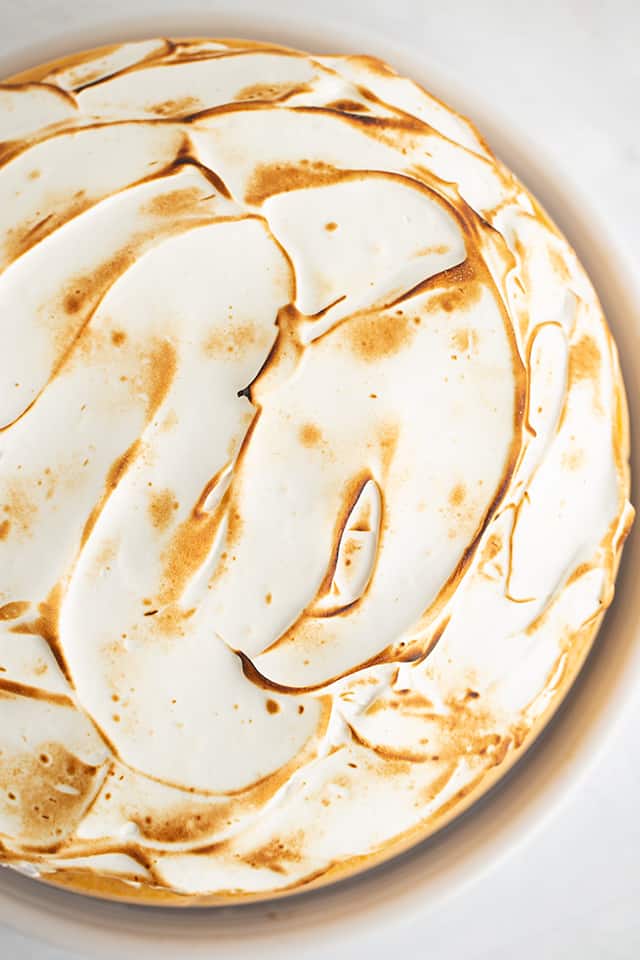 How to Make Sweet Potato Cheesecake

To make this easy sweet potato cheesecake recipe, start by putting together the crust. Stir together the crumbs, sugar, and butter. Stir until combined and press into a prepared 9-inch springform pan. Chill the crust in the fridge while preparing the cheesecake batter.

How to microwave a sweet potato 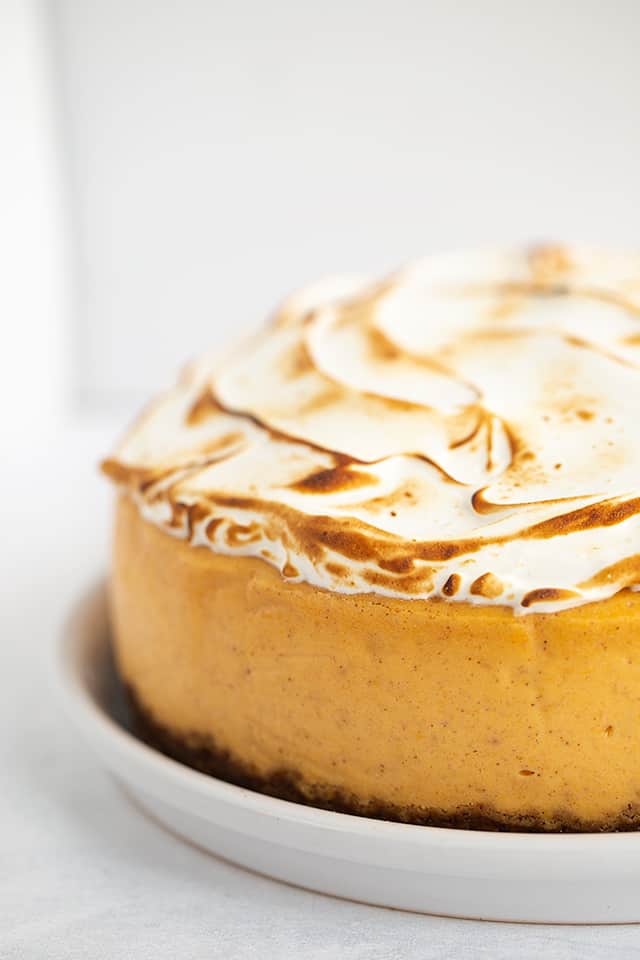 Pour the sweet potato cheesecake batter into the prepared pan. Add the springform pan to a slightly larger pan or wrap it in tin foil. Grab a third pan that's slightly larger than the rest and add the two pans to it. Fill just the outer pan with about an inch of water and pop the cheesecake in the preheated oven and bake until it slightly jiggles like jello. Let the cake cool overnight before adding the marshmallow topping. 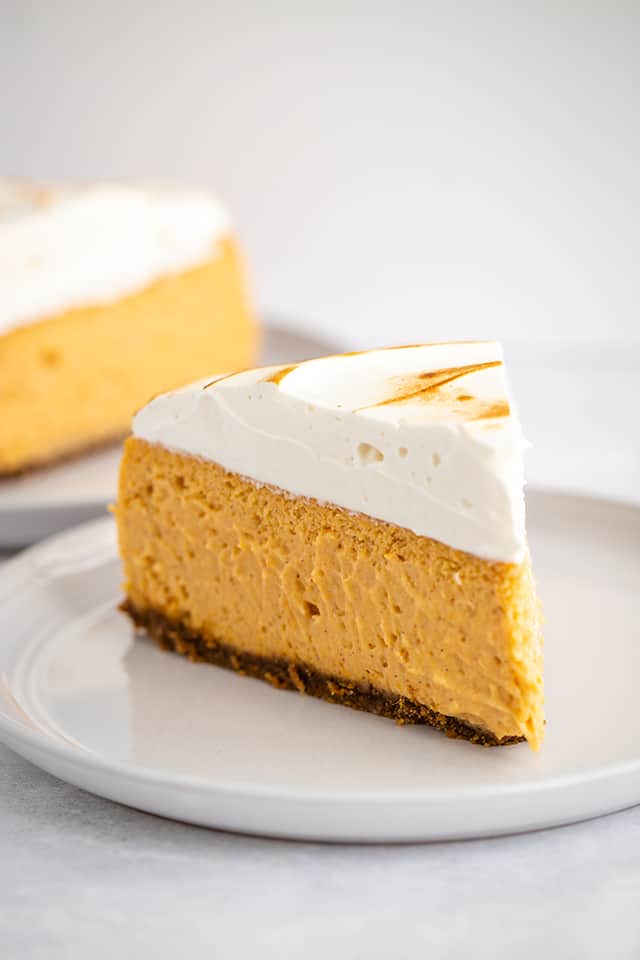 For the marshmallow topping recipe, you'll need to whip up egg whites, cream of tartar, and granulated sugar. I used my kitchenaid stand mixer to whip it up, but it can easily be done with a hand mixer. It just takes a little extra time.

You can throw it on top and spread it around to form little ridges to toast like I did or add it to a piping bag with a 1M tip and pipe a cute design on the top to toast. 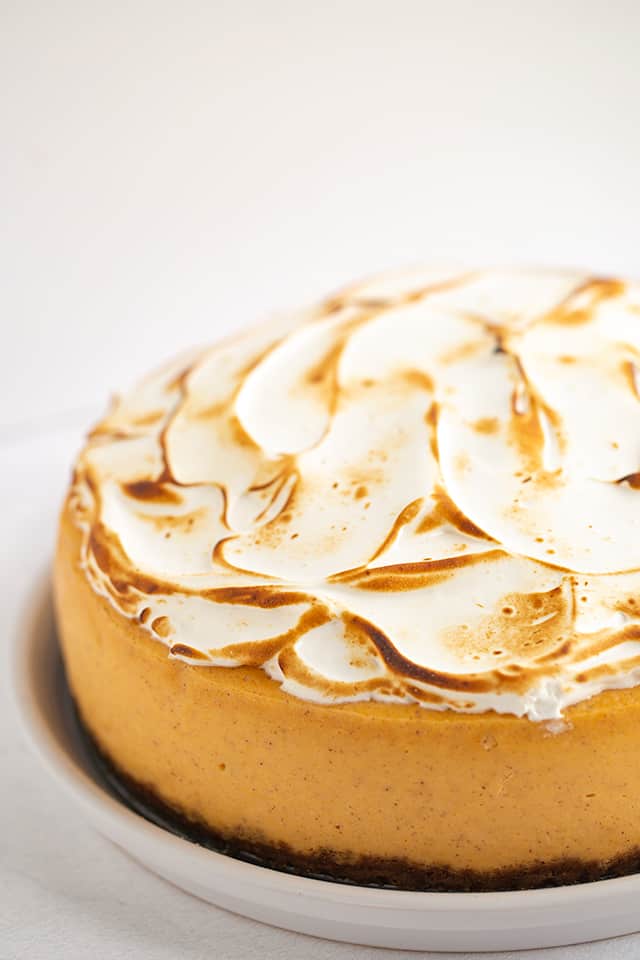 Can I make a gingersnap crust instead? 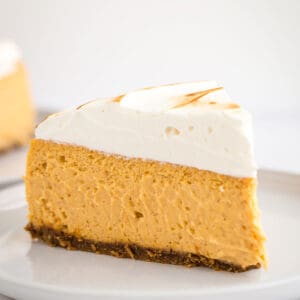