These apple cider snaps are perfect for Fall. They have crunchy edges, soft center, and great for dipping in some hot coffee! They're sort of like a ginger snap mixed with a molasses cookie and has a little apple cider thrown in. They're totally unique and taste AMAZING! 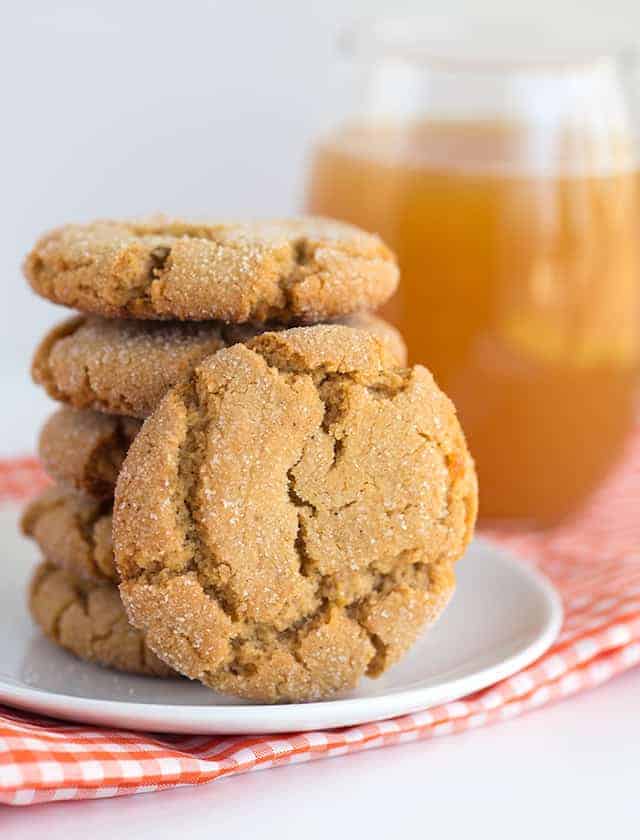 For the creative cookie exchange, the theme was apples. I happened to have a half gallon of apple cider in the fridge. So, I went to work with writing down ideas and ingredients. Before I knew it, I had jotted down a recipe for apple cider snaps. To make my snaps, I had to make some apple cider molasses.

It was a timely recipe, but definitely worth it. These cookies are amazing and full of spicy apple flavor. They definitely shout fall. I love it.

My son has just started really enjoying apples. What a perfect time to do so too. I've only let him have a few sips of the apple cider because that could be a terrible mess, but I just introduced him to apples and peanut butter. Like myself, he found them heavenly. I came to this conclusion by the loud MMMMMM after every bite he takes. Gosh, he is so cute. 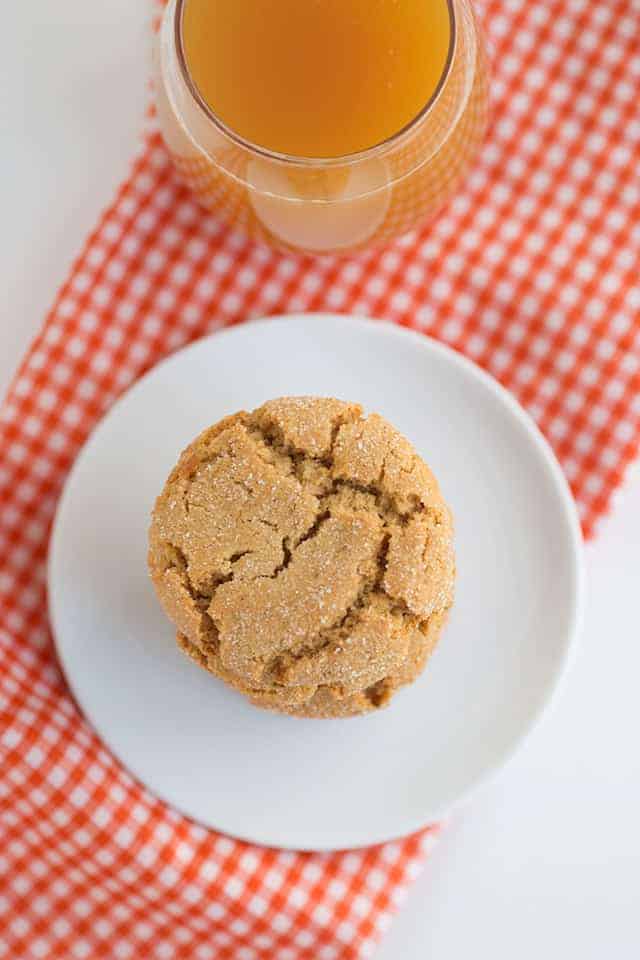 I love the cracked look of these cookies. They have a great snap to them but are also chewy. They are a beautiful golden brown color and coated with a dusting of sugar before they are baked. Seriously, you have to put the time in and make these. Also, did them in some coffee. I'm in love. 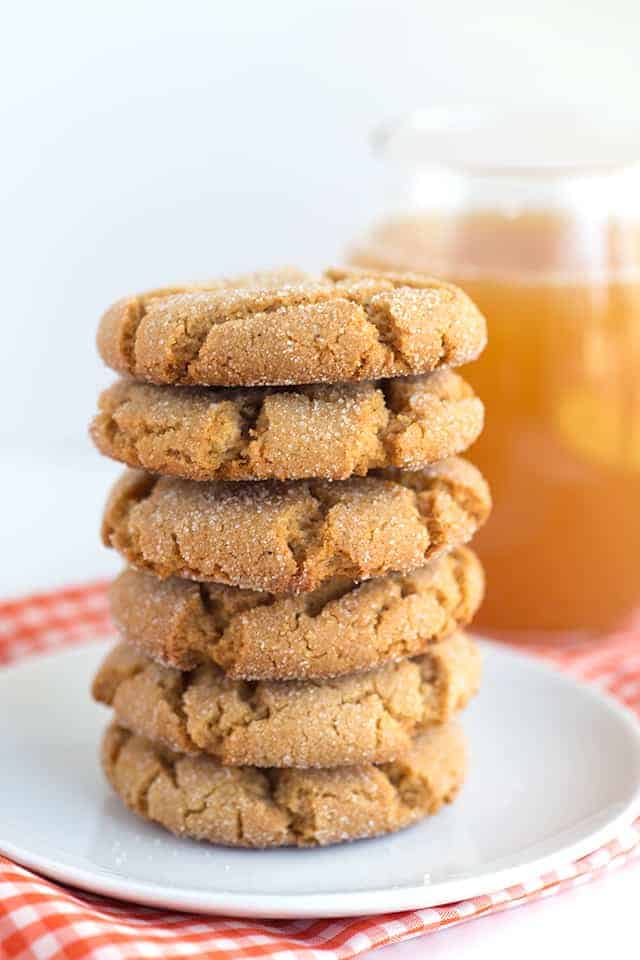 For me, it's apple cider that's been cooked down into a thick, syrupy molasses. It can really take some time and patience to get it to the molasses consistency. So if you're wondering about boiled apple cider, it turns into a molasses. The apple flavor gets super intense which is great because you don't have to worry about added a large amount to the cookie recipe and making it runny. 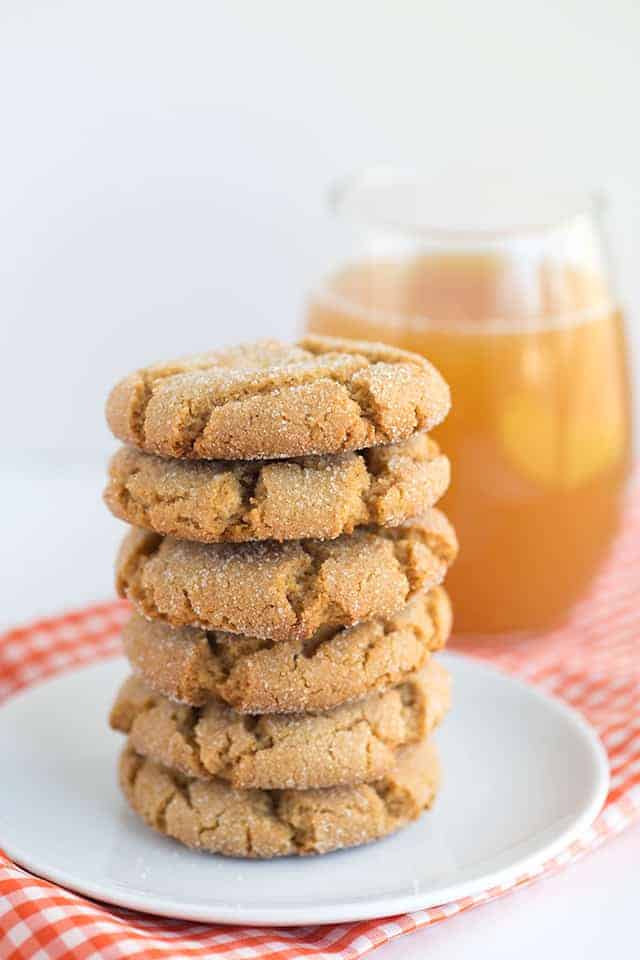 So my apple molasses recipe comes out to make the perfect amount for this apple cider snap cookie recipe. You obviously don't need to make the cookie if you just want the molasses though.

To make apple molasses, start by adding 4 cups of apple cider to a saucepan and simmering it on low heat until it looks like molasses. If your heat is too high, you will probably end up with a scorched pan or rock hard molasses. Keep it low and slow. It doesn't really need a lot of hands-on until the last 30 or so minutes. Then stir pretty often until it looks about ⅓ of a cup.

If you plan on adding the apple molasses to the apple cider snaps, line a bowl or measuring cup with tin foil or plastic wrap. Spray with a cooking spray and pour the molasses in. Let it cool in the fridge. When you're ready to use it, just turn it out into the cookie dough and it releasing perfectly. There's no need to try to scrap the bowl for every last bit of apple molasses doing it this way. 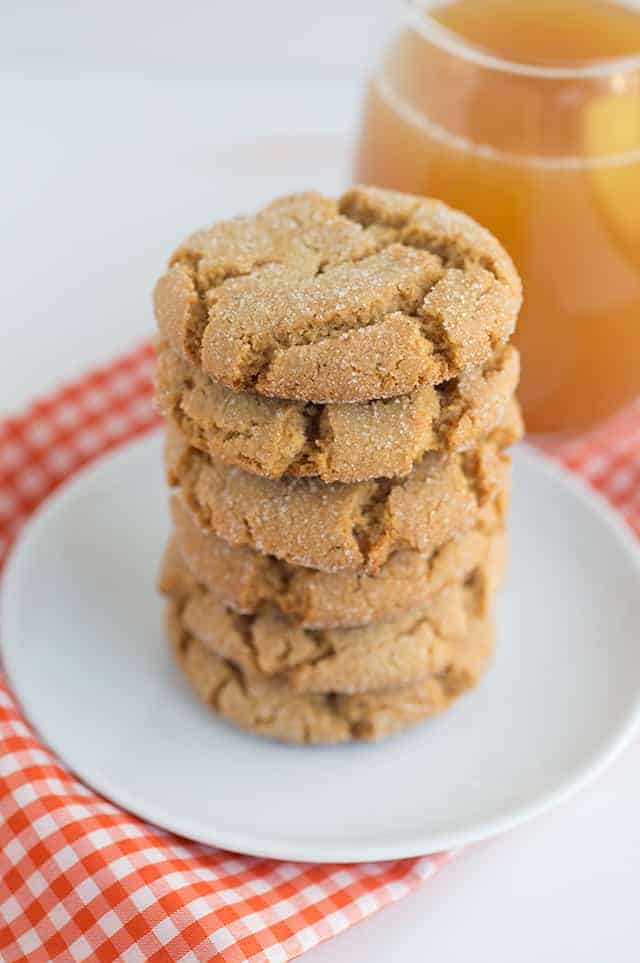 How to make Apple Cider Snaps 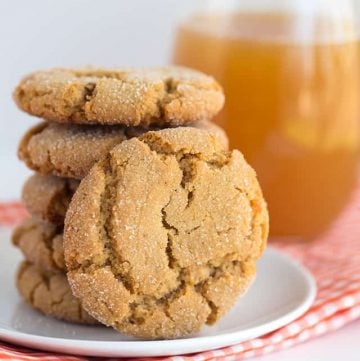