This shop has been compensated by Collective Bias, Inc. and its advertiser. All opinions are mine alone. #BakeItYourself #CollectiveBias #HomemadeCinnamonRolls​
Bananas Foster Cinnamon Rolls make the perfect breakfast AND dessert. The cinnamon roll dough is whipped up in an hour and a half or less, and that's including letting it rise before baking. Spread inside is a butter and rum extract mixture, cinnamon, brown sugar, and sliced bananas. It bakes up into the perfect bananas foster-inspired cinnamon rolls.

I love being able to bake these Bananas Foster Cinnamon Rolls (or any rolls from scratch) because nothing tastes better than homemade. The mixing, measuring, and pouring – the joy it brings to my family always makes it worth it, especially when using Fleischmann's® RapidRise® Yeast, thanks to Fleischmann’s 150 years of experience!

How to work with Fleischmann's® RapidRise® Yeast

The first thing to do is to always check the expiration date. If the yeast is expired, it's likely that it's not active and your cinnamon roll dough won't rise. The next step is to read the directions and important tips on the package. It will let you know how to use it in your recipe such as proofing, what temperature your water should be before adding it to your yeast, etc. The last important step is to always, always pay attention to how hot your liquid is. In this recipe, we're using water. It will need to be 120˚F-130˚F. I recommend using a thermometer to check, but if you don't have one, make sure it's lukewarm and not hot to touch. If your water is too hot, it will kill your yeast and your dough won't rise. 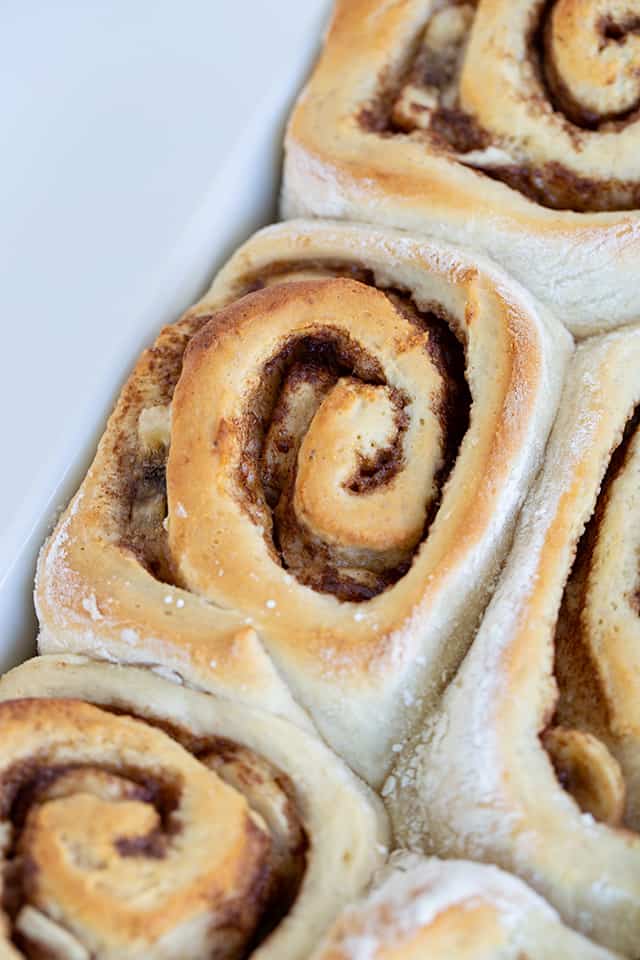 What I love about using the RapidRise® Yeast is that it's the perfect yeast for beginner bakers as well as seasoned bakers. I say this because: 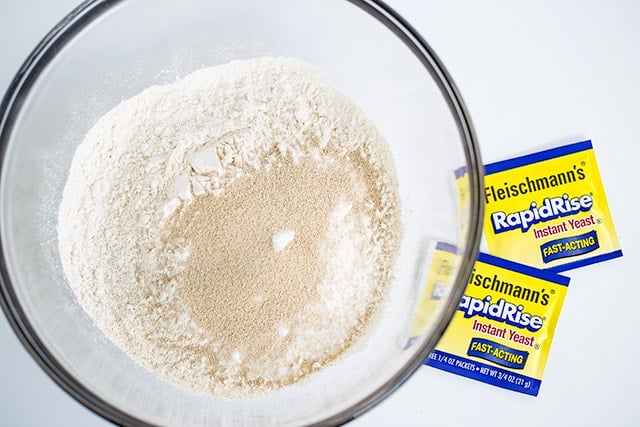 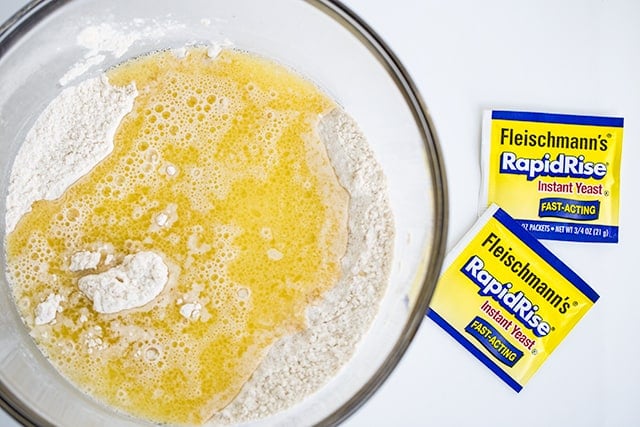 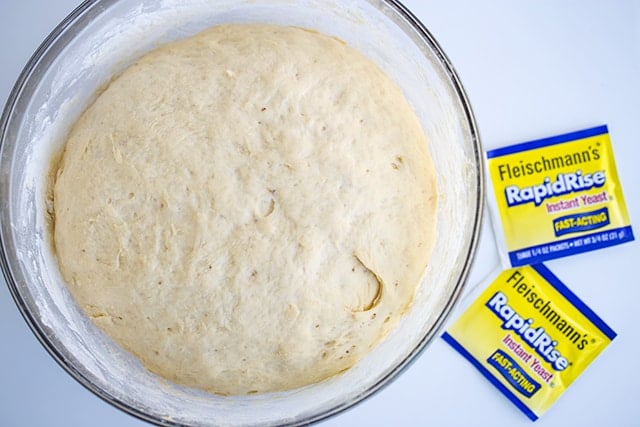 While the dough is resting, mix the butter and rum extract together and set aside, the cinnamon and sugar together and set aside, and slice 2 and ½ bananas. Once the 10 minutes is up, roll the dough into a 15x10-inch rectangle. I like to use my hands to help keep the rectangle shape and press the dough out. Then I use a rolling pin to smooth out the finger marks. Spread the butter mixture onto the dough, the cinnamon and sugar mixture, and then the bananas. 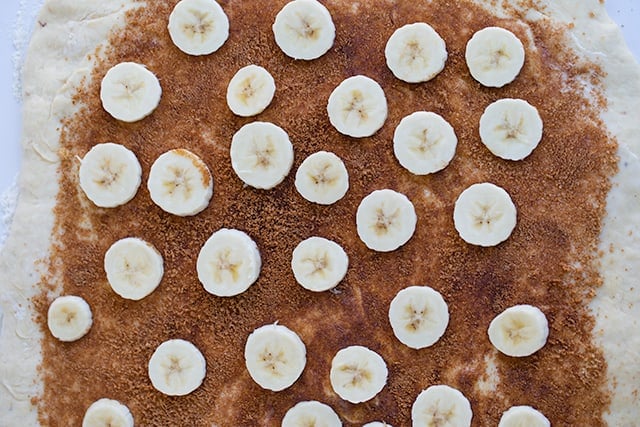 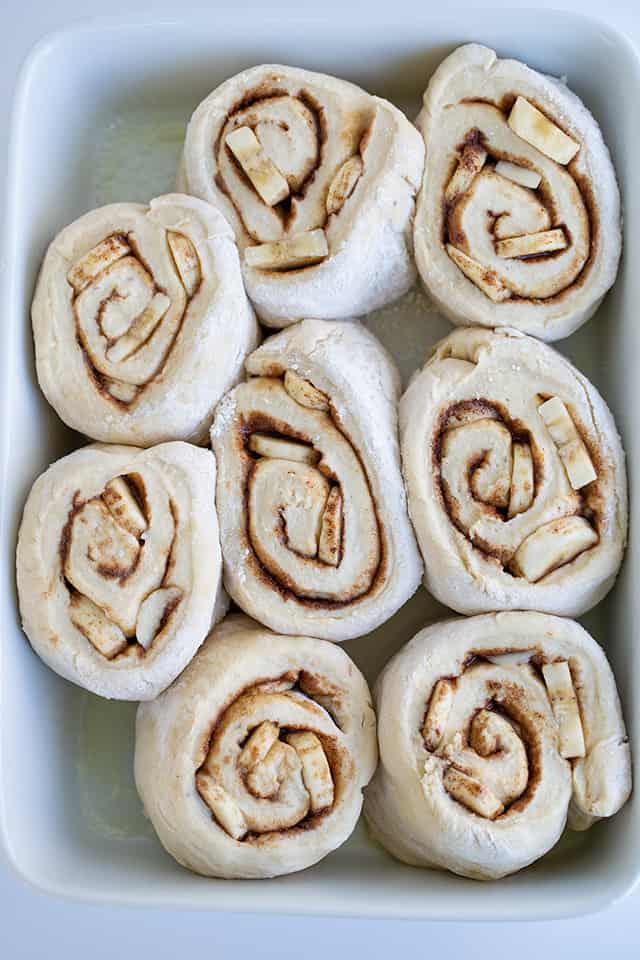 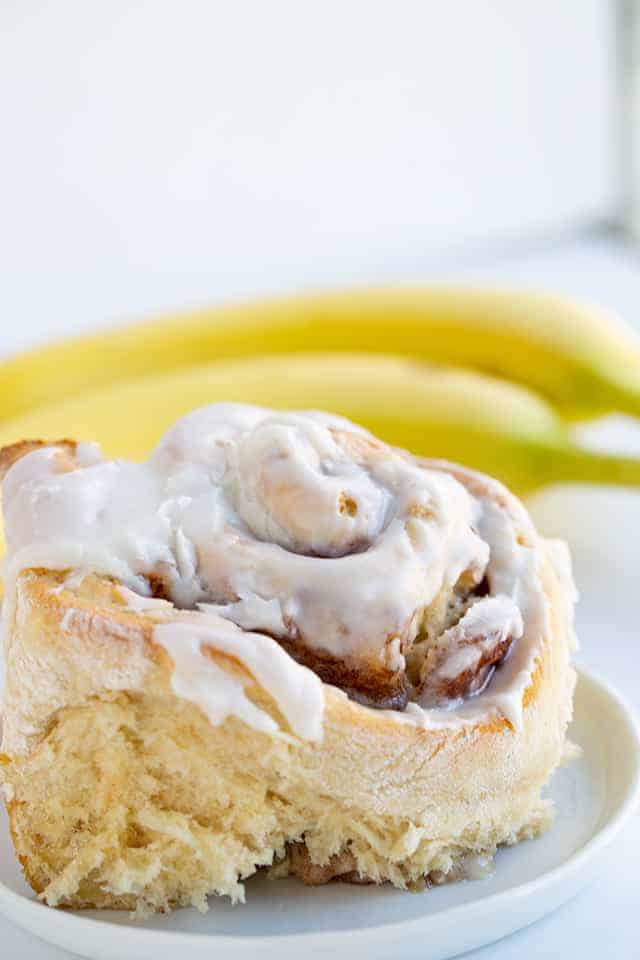 How to make the Cinnamon Roll Frosting

Can I make these Bananas Foster Cinnamon Rolls ahead of time?

Yes! You can make them a day ahead of time in two different ways. The first way to make the dough is instead of letting it rise for 10 minutes, loosely cover it and place it in the fridge overnight. The second way is to go through the entire process of making the Bananas Foster Cinnamon Rolls, and before you let them rise for an hour, loosely cover them and place in the fridge overnight. The next day, remove from the fridge and resume rising. It's that easy. 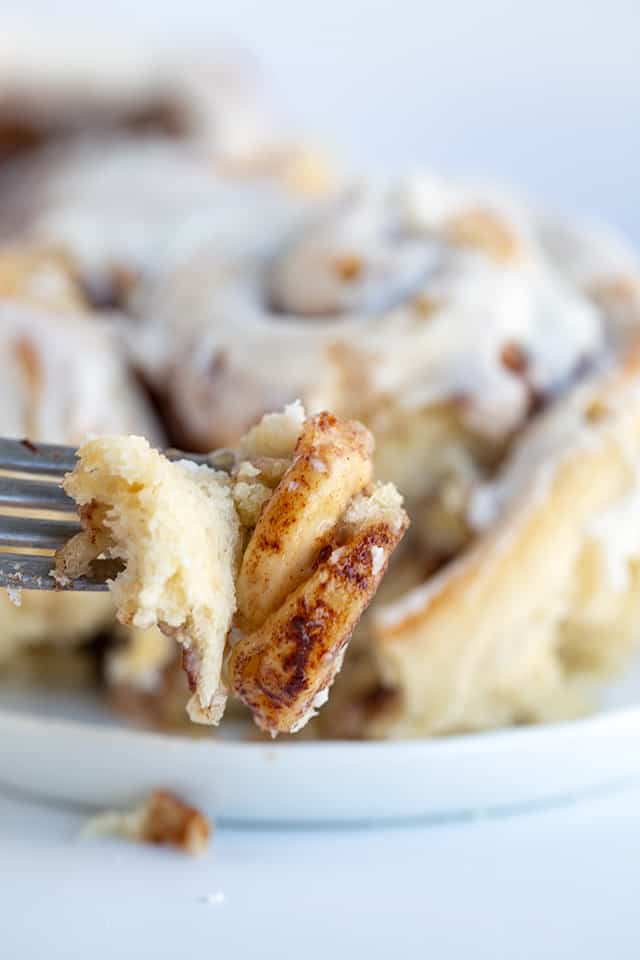 Can I substitute the rum extract for rum? Yes. You can use 1 tablespoon of rum instead of the ½ teaspoon of rum extract.
Can I mash the bananas instead of slicing them? Yes! Either way will work perfectly. I would recommend adding the mashed bananas before the cinnamon and brown sugar, though, since it would be easier to spread that way. 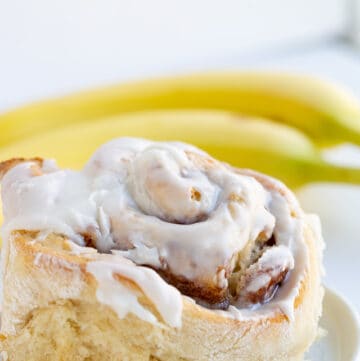 TIP: Use unflavored dental floss instead of a knife to cut rolls. To do, cut a piece of floss about 12 inches long. Slide floss under the roll; bring the ends up and cross over to cut each slice.