This is a sponsored conversation written by me on behalf of KitchenAid. All opinions and text are mine.

Caramel apple pie filling packed in a cup with warm cinnamon cheesecake filling and served with a swirl of whipped cream and dash of cinnamon. This is the life. 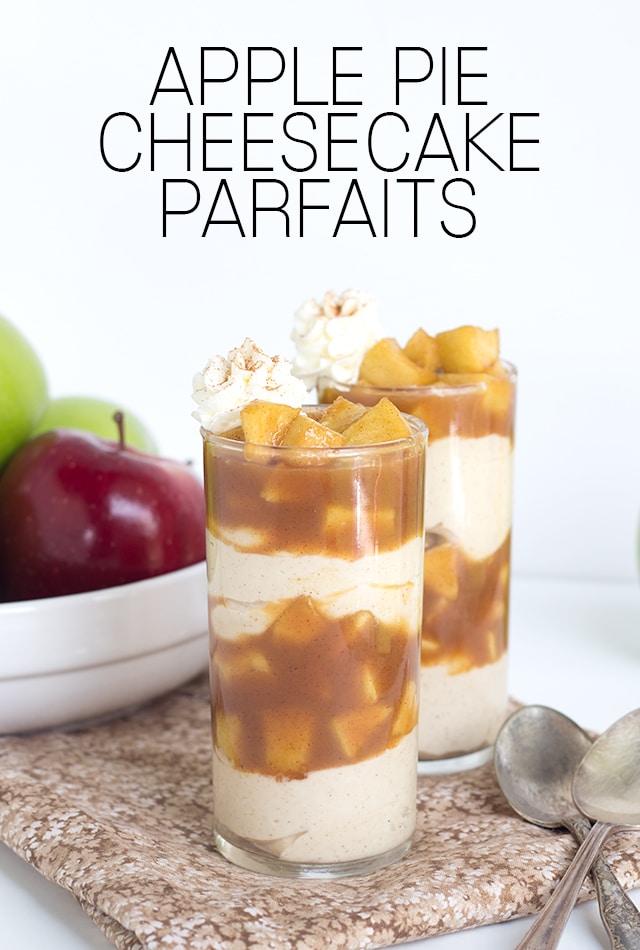 It's the time of the year when the apples are in full force. I'm celebrating the apple with Kitchenaid and putting together this caramel apple pie cheesecake parfaits. Psst! There's an apple contest too. I'll tell you more about it at the bottom of my post.

I know, again with the long recipe name. There are so many flavors in this little bundle of joy, that I feel I need to say them all. Can you blame me? Well actually you can blame me. Ahhh well. It'll be okay. Just take a bite. 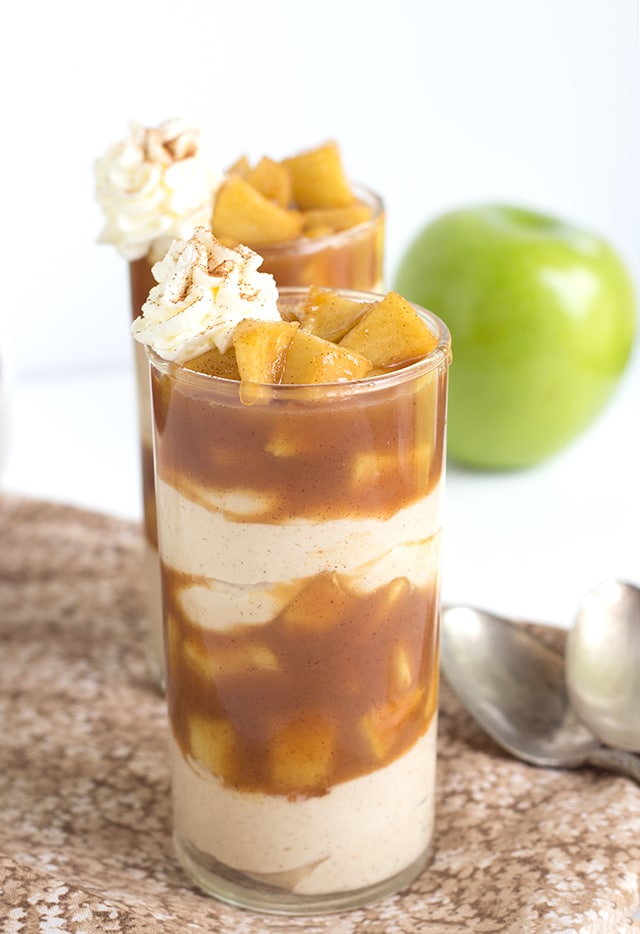 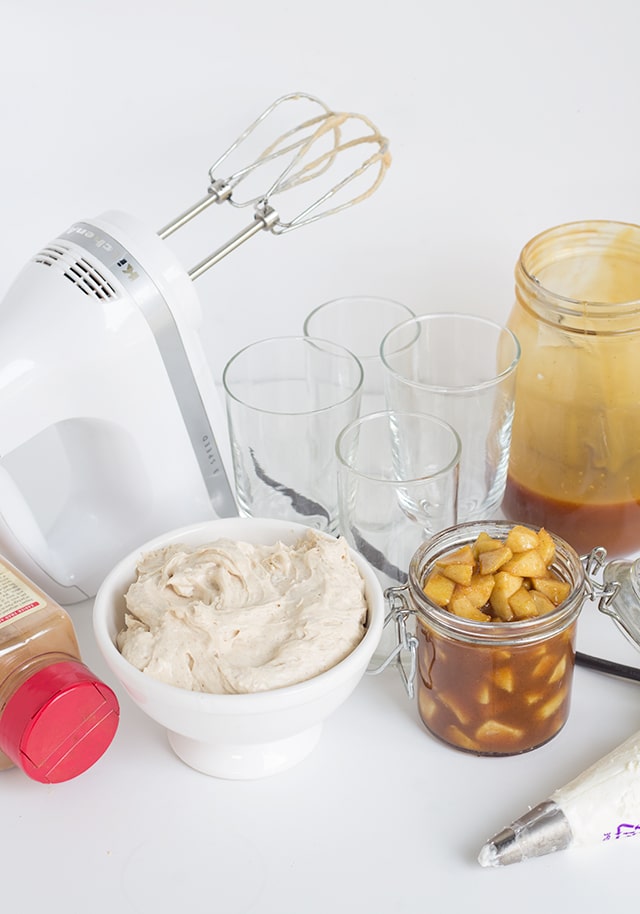 So I thought I would be able to make four parfaits but I only was able to make two. So, ignore the extra two cups that are in the picture above. You'll need your trust mixer for the filling and whipped cream, cheesecake filling, cooked apples, whipped cream, cups, and a dash of cinnamon. 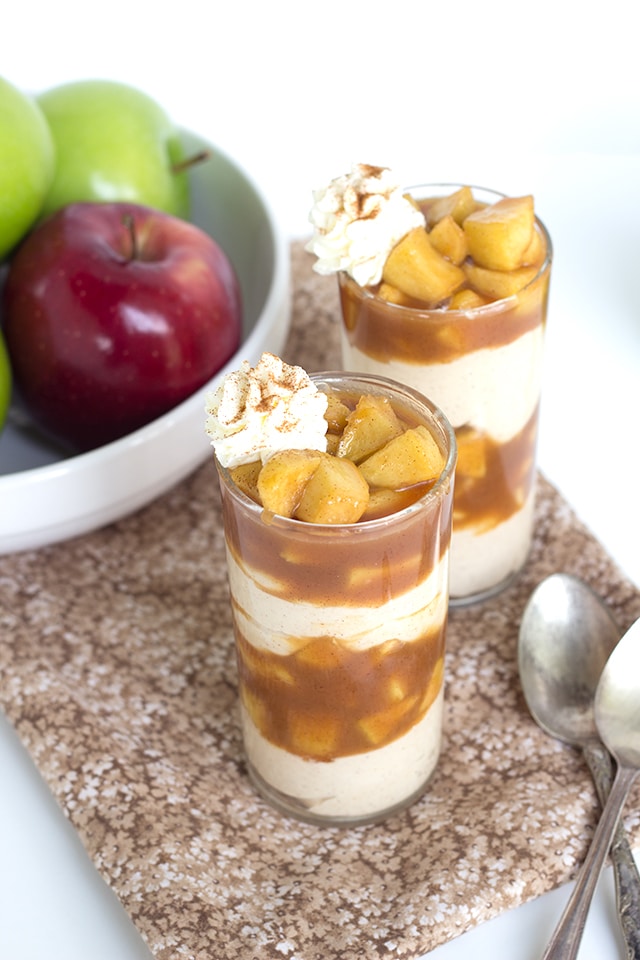 Also, I had to google what the difference was between a trifle and a parfait. Turns out a trifle has cake in it. So, don't mind my easy mint chocolate cookie trifles that I named incorrectly. There is absolutely no cake in that recipe. It's still tasty and gorgeous so there's that. 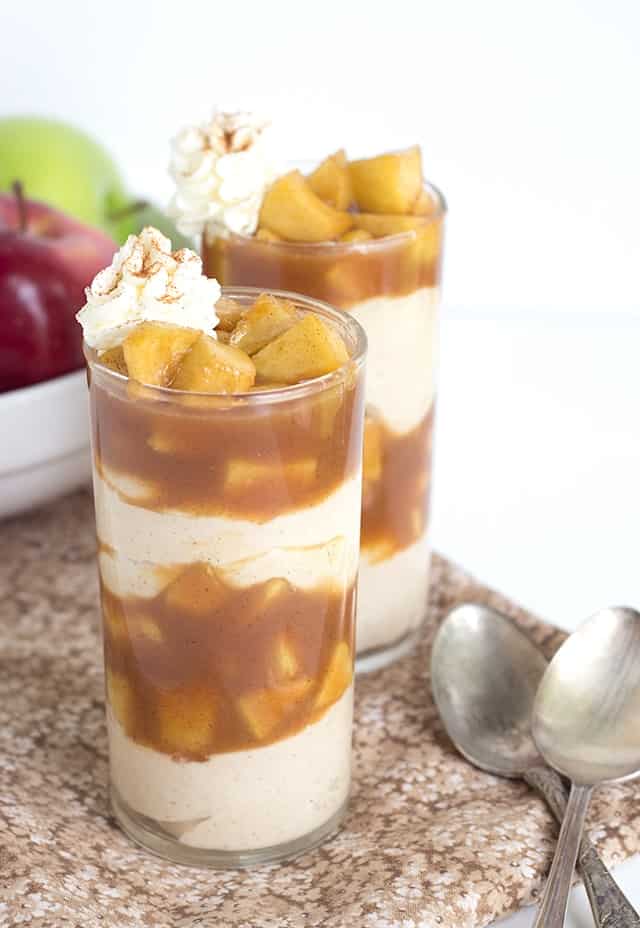 You'll want to make these parfaits just before you're ready to serve them. That way the caramel apple pie filling doesn't get separated. 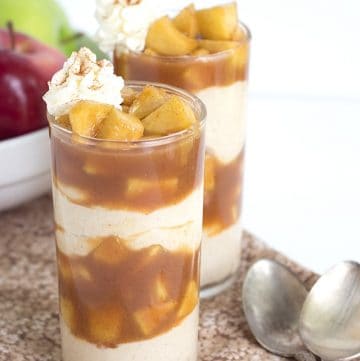 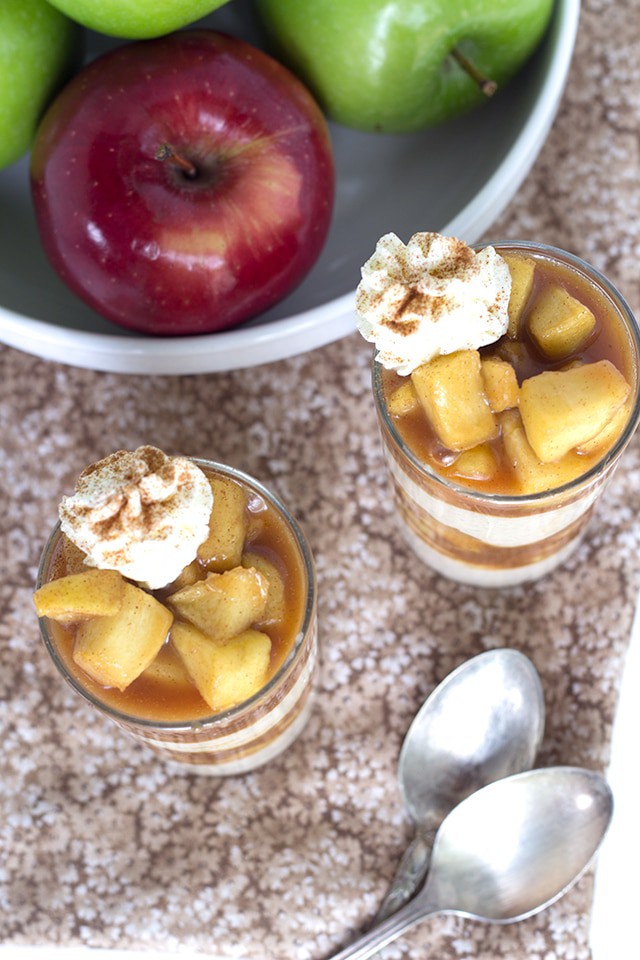 As promised, I shall tell you more about this apple contest. I'll be entering this little gem and you can join in by creating something even better and entering. What's at stake? 4 finalist will win a trip for 2 to NYC to push their limits in a live cook-off to cook their dish to be judged by Food Network chef Geoffrey Zakarian. 1 winner will receive the grand prize of a suite of KitchenAid Black Stainless Steel Appliances and a private cooking lesson with Geoffrey Zakarian. I'm not sure about you, but I feel like I could show Geoffrey a thing or two about cooking. Maybe give him a lesson! I'm so kidding.

What you have to do is make a sweet or savory dish with apple as the star. They want creative and extraordinary. Once you get your recipe created, submit photos to Twitter or Instagram using the hashtag #KitchenAidContest. Find out more here!
From the first-ever black stainless steel to the first-ever five-door refrigerator, KitchenAid pushes the limits with our appliances, so our home cooks can do the same with their cooking. See the revolutionary new line of KitchenAid appliances or visit the Kitchenthusiast™ blog for recipes, tips and more.

This is a sponsored conversation written by me on behalf of KitchenAid. The opinions and text are all mine.