I've been on a crock pot kick lately, if you haven't been able to tell. First was the crock pot monkey bread and now this amazing red hot crock pot apple crisp. I love this apple crisp because it's not the usual recipe. Instead of using ground cinnamon, you're bringing it to life with some red hot candies that lend flavor and color!

I have one more recipe happening with apples after this gem. I've been testing it and can't wait to show it to you. Then I can officially say I used up all 20 lbs of the apples that we picked. My goodness, I don't think I realized how far they would go. Lucian even ate a ton of them with chocolate peanut butter spread and caramel sauce. Oh, and he took one to school for applesauce. Yep! The kindergarten class made their own applesauce for a snack. Kind of neat. Next week he has to take in one potato for a soup they're making. I hope they like home grown taters! 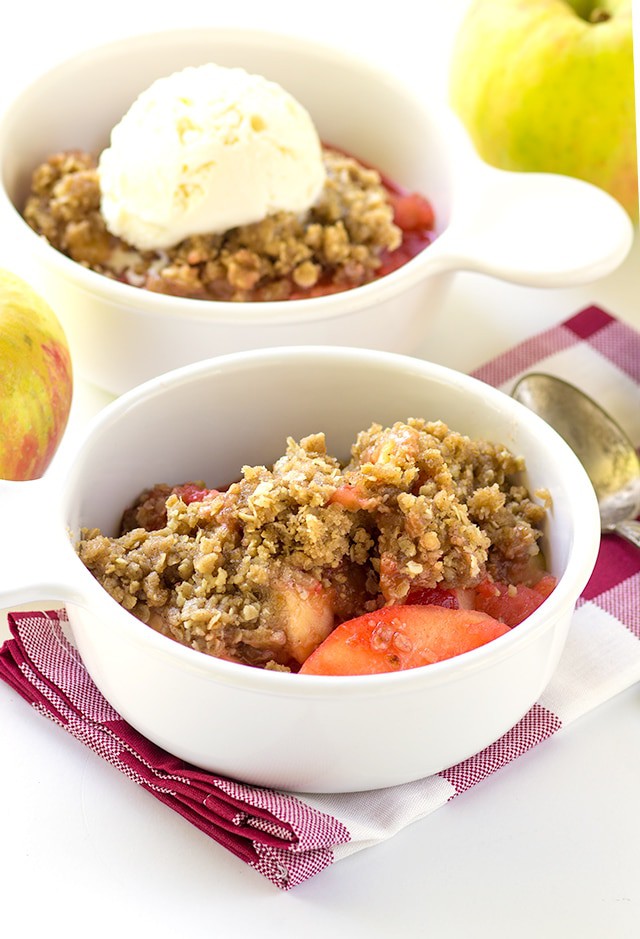 I initially made this recipe last year and photographed it. I wasn't thrilled with the photographs and decided that I would just wait until this year to give it another go since apple season was coming to a close. This time I even had vanilla ice cream to put on the apple crisp. That almost never happens. Lucian is lactose intolerant and nags awful for ice cream if he knows we have it. He can have a little, but it's a fine line and no one likes that mess. 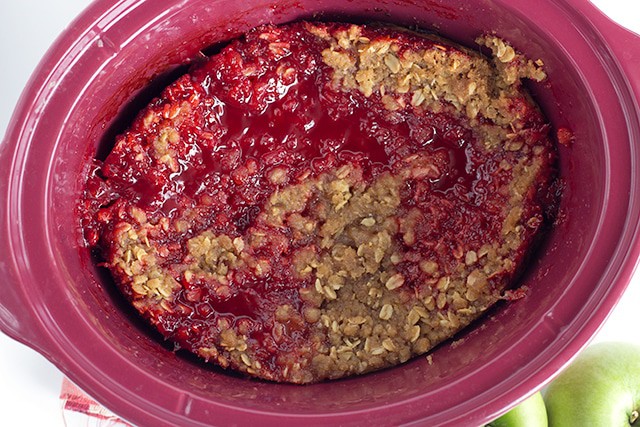 If you like this recipe using red hots candy, you should try my red hot candied applesauce. It's such a bright red color and so sweet. I loved it so much. I love candy, cinnamon, and anything sweet. 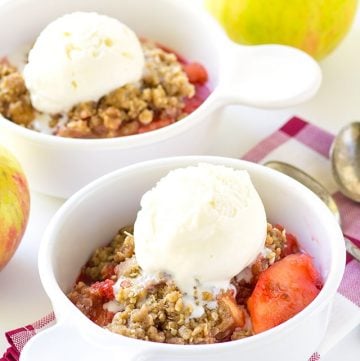 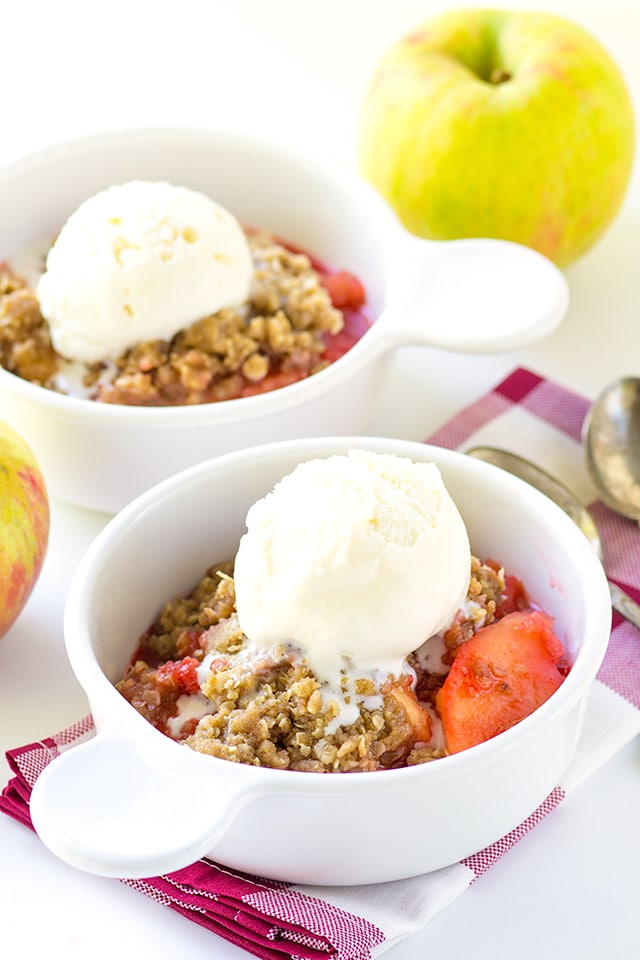