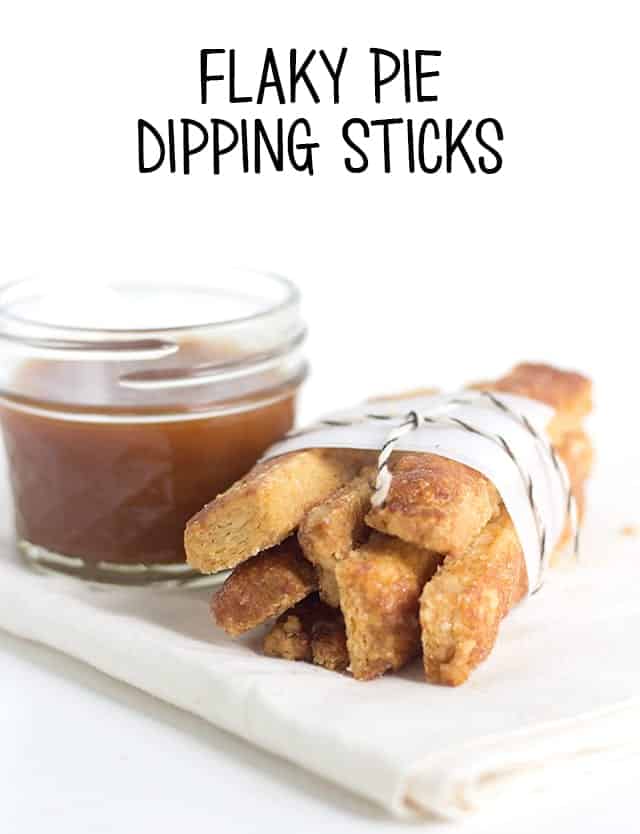 It's pie baking season. Both summer berries and the beginning of fall flavors so I had to share with you one of my favorites! These flaky pie dipping sticks are crispy, crumbly, lightly sweetened and amazing in some dipping sauce. I know I've told you 100 times that I love to dip things. I paired these with my salted caramel sauce, but I think some frosting or even peanut butter would be tasty!

I don't normally make an entire batch of the flaky pie dipping sticks. Normally I use some to make a pie and then roll the pie dough back out and cut it in strips. That's because I know I will sit down and an entire batch within a day and I'm trying to maintain some weight loss. 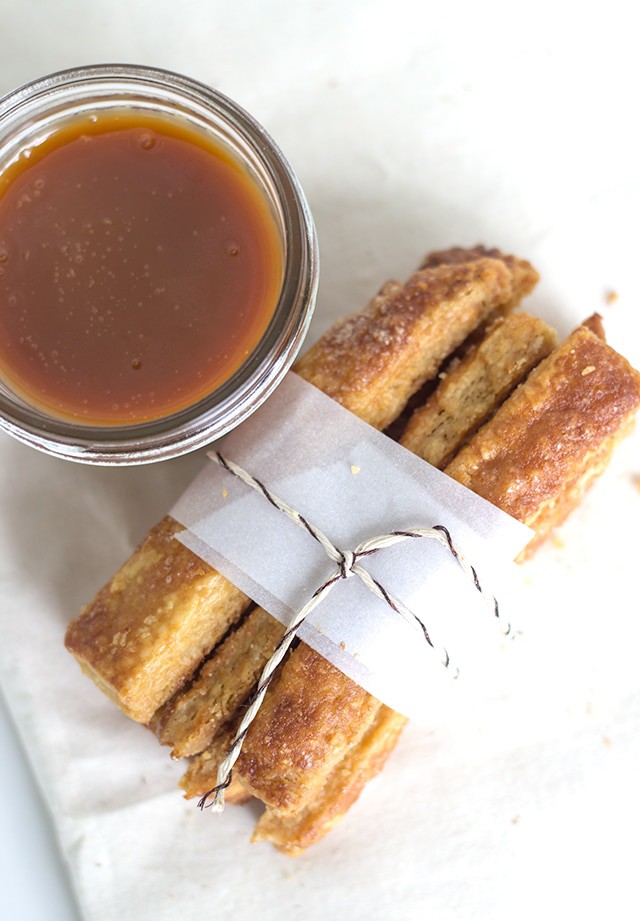 I'm thinking if you wanted to add different spices to the top or inside the crust, it will give it more flavor. Things like pumpkin pie spice or apple pie spice. I just used cinnamon on the tops of mine. 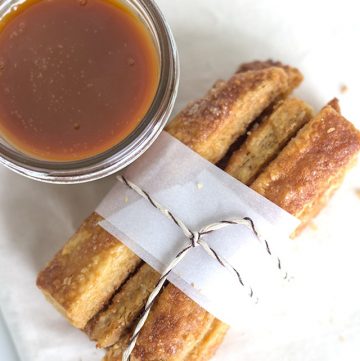 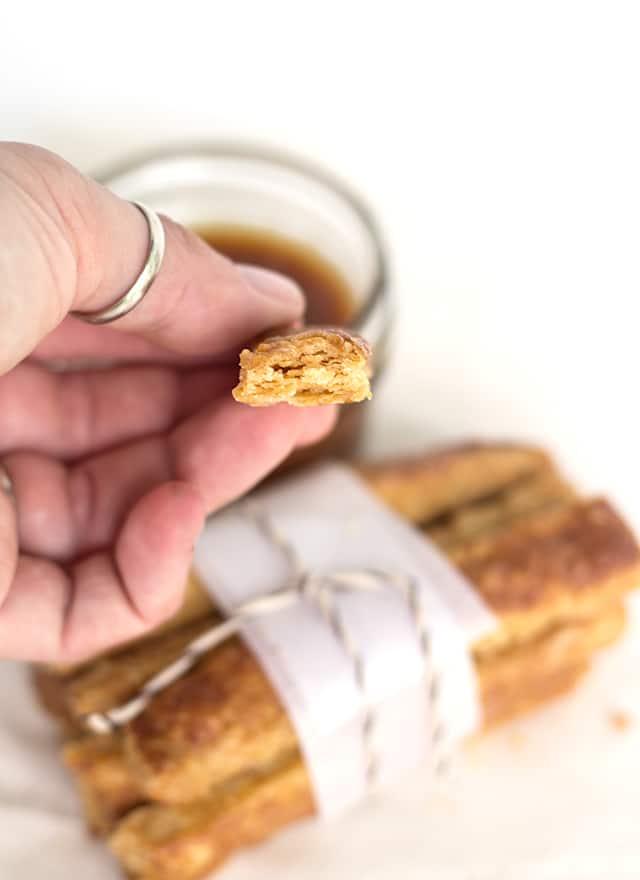 This idea can work with most pie dough recipes. Just make sure you sweeten the dough up otherwise you may be let down with the bland flavor you're left with. Add some cinnamon too just for good measure!