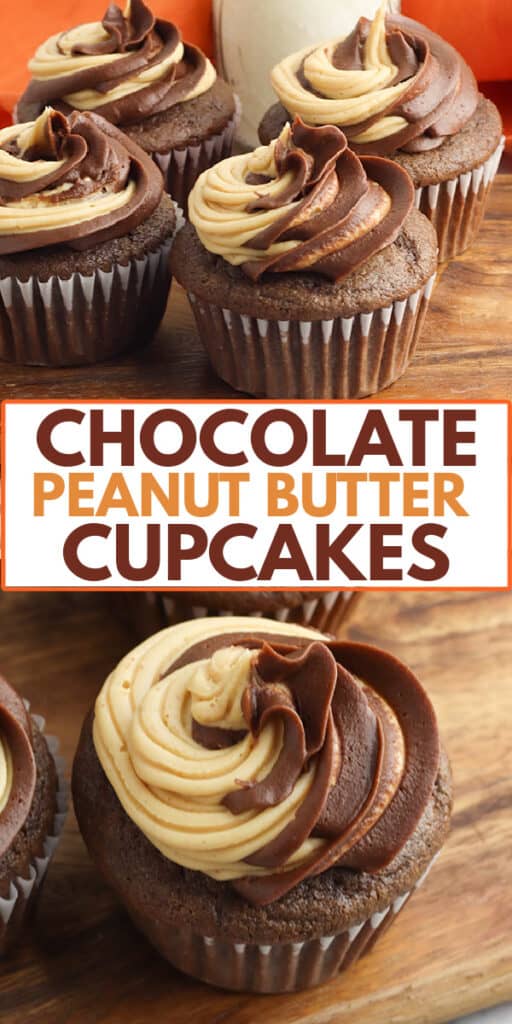 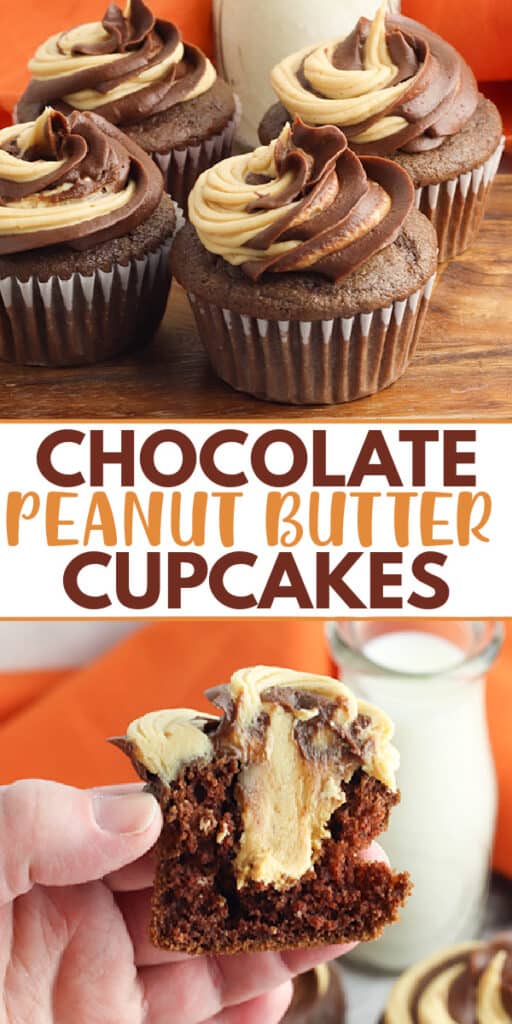 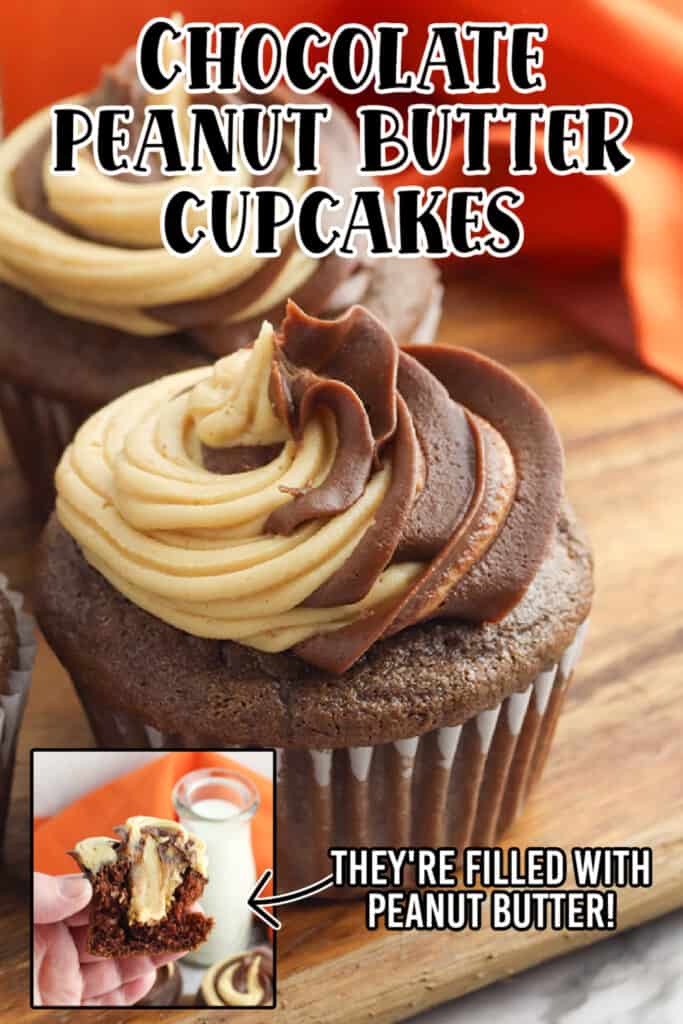 How to make filled Cupcakes

Then you will remove the center portion of the cupcake. You can do this by placing an apple corer into the cupcake while still leaving some cake close to the bottom of the cupcake or with a paring knife. You will hold the knife at an angle so you're cutting upside-down cone from the cupcake.

One last option is to leave the cupcake whole and add the peanut butter filling to a piping bag fitted with a Ateco Bismark piping tip that's used to fill cupcakes, eclairs, donuts, etc.

If you're creating a hole for the filling, use a sturdy storage bag or piping bag and add the filling to it. This will make your life a lot easier than trying to use a spoon or butter knife to get the filling in.

Cupcake Batter | The first thing you want to do is preheat your oven, and then work on your homemade chocolate cupcake batter.

Next beat together the butter and sugar with a hand mixer on medium until creamed. Add in vanilla and the eggs one at a time and beat until incorproated before adding the next.

Lately, alternate adding the dry ingredients and buttermilk to the butter/sugar mixture starting and ending with flour. Beat in each addition before adding the next and scrape down the bowl.

Fill the lined cupcake pan with the cake batter and bake as directed.

Peanut Butter Filling | While your cupcakes are finishing cooling down you can then grab a mixer and whip up the filling. Just blend the peanut butter, powdered sugar, salt, and melted butter until creamy, and then you can scoop into a piping bag to make it easy to fill the cupcakes.

Peanut Butter Chocolate Frosting | You will make both flavors of your frosting separately, and then place them in piping bags or you can roll each frosting up in a piece of plastic wrap so it resembles a long tube, leaving room on either end to seal the plastic wrap together.

Once your frosting is in the two bags or wrapped in two pieces of plastic wrap, snip the ends to make decent-sized holes if you're using the piping bags, and put them both in a larger piping bag that's been fitted with the Wilton 1M tip.

When you go to pipe it out, it will give a nice swirled effect to your frosting.

If you want you are more than welcome to freeze the cupcakes you don't plan to eat right away. Just place them in an airtight container and freeze for up to 3-4 months.

When you want to eat some, just remove and allow them to thaw on the counter or place in the fridge overnight.

How long will chocolate cupcakes with peanut butter filling last?

How to swirl two flavors of frosting?

The trick to swirling the two flavors of frosting is placing them in two different piping bags. Then you will use 1 tip that you put both bags in. That way when you press out the frosting, it creates that gorgeous swirl affect.

Can I put a peanut butter cup inside?

Absolutely! If you want to add a peanut butter cup in replace if the peanut butter filling or in addition to the filling go right ahead. Both methods work great.

It will add tons of texture to the cupcakes. 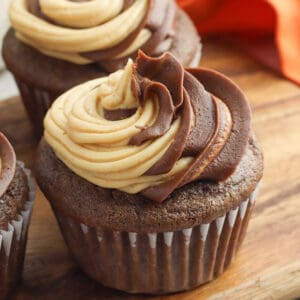