This shop has been compensated by Collective Bias, Inc. and its advertiser. All opinions are mine alone. This content is intended for readers who are 21 and over. #BigGameAdvantEdge #CollectiveBias 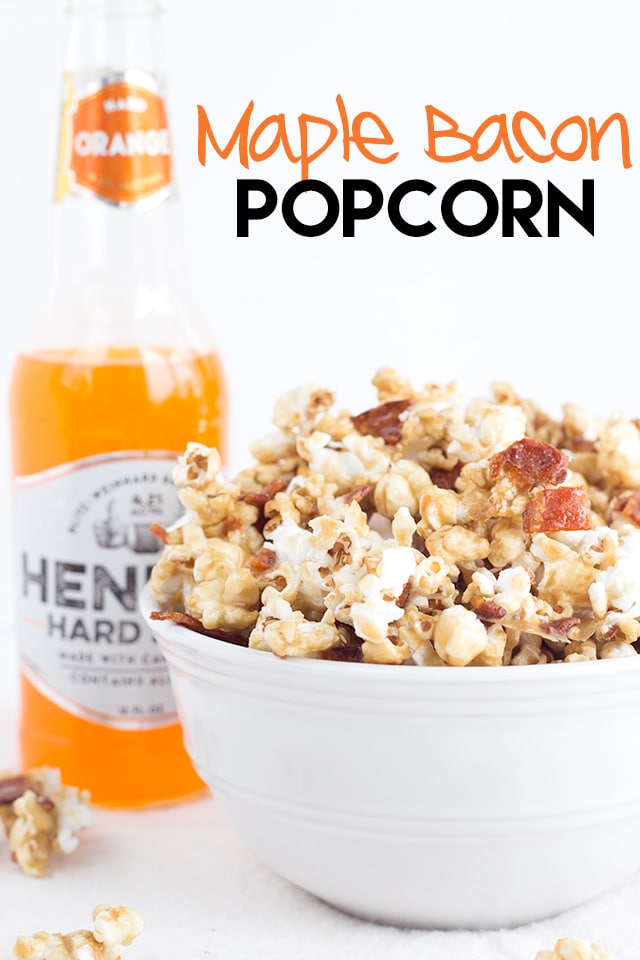 You know I'm a sucker for sweet and salty, it's just how I roll. So, when I was thinking of game day snacks, I immediately thought maple bacon popcorn. I feel like I say this in every single post, but maple and bacon are like the perfect pairing for a sweet and salty treat. The best part about making something with maple and bacon paired in it, is that I get to sit back and watch Wesley go crazy over it. I absolutely love to watch people thoroughly enjoy a recipe of mine. Is that normal? Probably not, but Wesley does frequently say I'm a weird one.

This maple bacon popcorn and Henry's Hard Soda makes me think of a childhood favorite that's been made into a grown man's favorite. This is when adulting comes in handy. Let me just say, this hard soda is insanely delicious. The first sip had a slight flavor of beer, but after that I could taste the orange soda flavor. It makes putting down the drink hard to say the least. 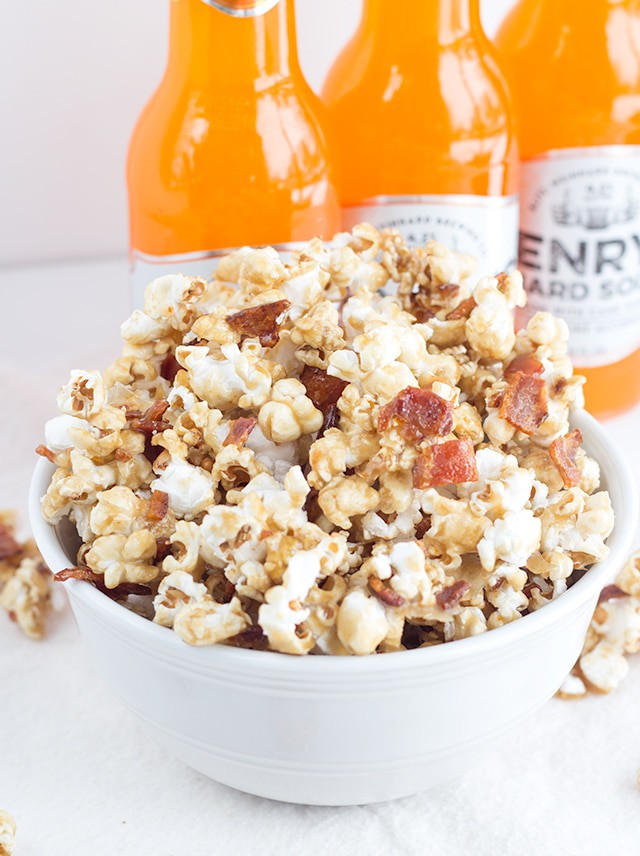 As I was browsing Price Chopper, I came across Henry's Hard Soda. There were two flavors. Ginger ale and orange, I love both of those flavors but the winner was the orange. Maybe it was the bright orange color that drew me in and shouted game day. Yeah, I definitely think that was what did it. Plus, orange soda and sweet and salty popcorn. That sounds like a party. Let me give you a glimpse of my trip to the store to buy my party supplies. 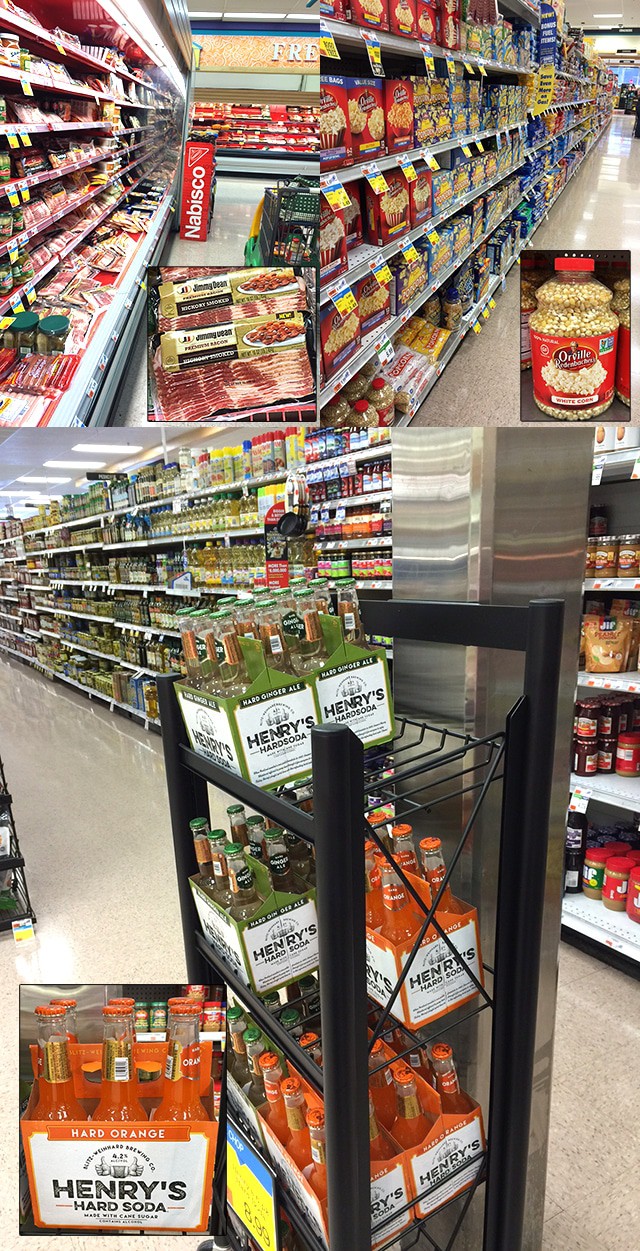 This popcorn has flavor in every single bite. I cut my cooked bacon up with some scissors into pretty small pieces and placed them on top of the plain popcorn that was waiting to get coated with the maple brown sugar mixture. That allowed the bacon to become glued to the pieces of popcorn as I poured it on top of the popcorn. I have made a couple other maple bacon recipes. Check out my maple bacon cake pops, maple bacon rice krispies treats, and maple glazed yeast donuts topped with bacon. 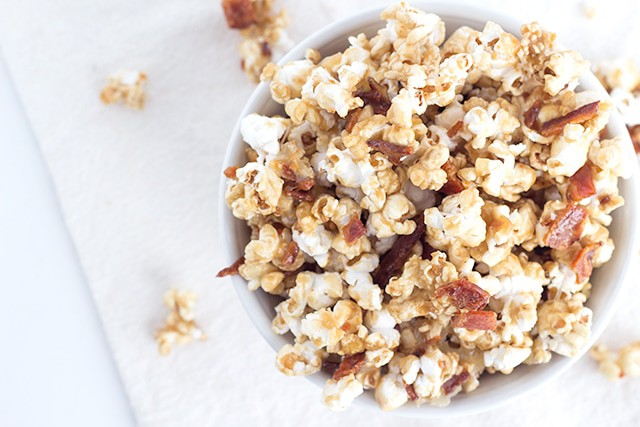 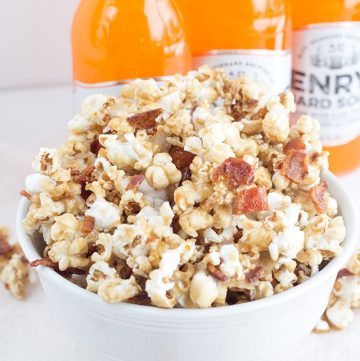 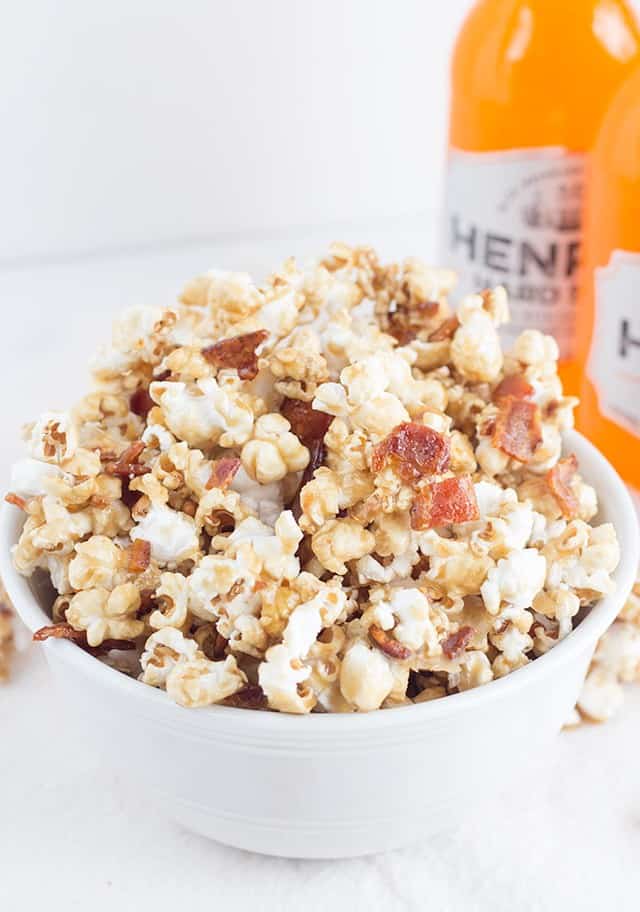 If you’re headed to Price Chopper for Henry's Hard Soda, I found mine next to the peanut butter and jam aisle. I have also been able to get them at some of my local restaurants and bars like Green’s Long River Inn, Angus & Ale and The Red Caboose Restaurant & Bar. Price chopper is also running a game day deal on pizza and wings. You can get 2 single topping pizzas and 2lb. wings for $22.99. Might as well get a deal while they're there!