Today's post is something simple, but still very wonderful. Monday I came down with a stomach bug and I'm struggling with it as I write this post.  My little guy, Lucian, has been giving me hugs and kisses all day to make me feel better. He's the sweetest little boy ever. 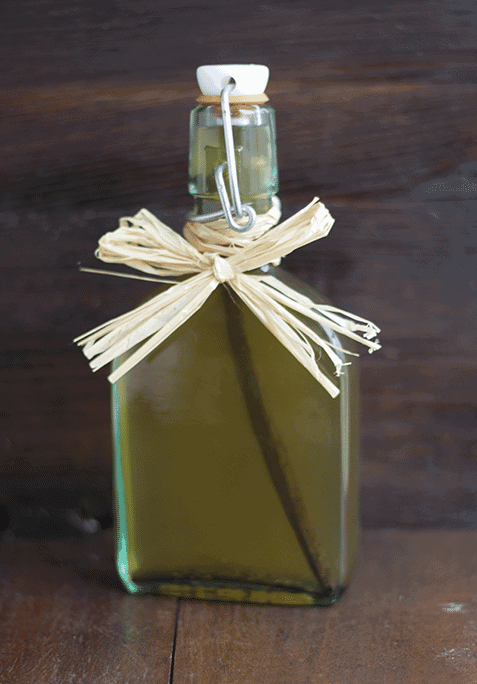 I go through vanilla extract like there is no tomorrow especially since starting my baking blog. I quickly got tired of picking up a 10 dollar bottle of real vanilla extract every few weeks. I'm in the middle of my second bottle of homemade vanilla extract and thought I had better get started on making another bottle. It takes some time for the vanilla to infuse into the vodka. Some time being quite a few months. I would dare to say at least 6 months.

The most expensive part of this is the vanilla beans. It's best to try to find them online where you can buy them in bulk. I would not recommend buying them in the store at 7-10 dollars a pop. I bought mine from Olive Nation. I went with the ¼ lb. (about 27) of bourbon Madagascar vanilla beans for $18.95. My beans have always come vacuum packed and when I pull them out they are plump and juicy. I have to be honest though, the ones I used were the last of the bunch and after having them for ..about 9 months they are quite firm. 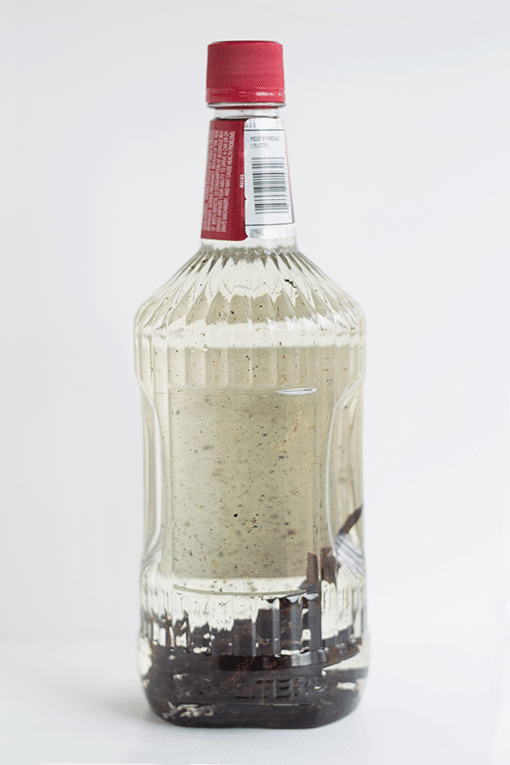 I slice my vanilla beans in half and then slit them down the middle. I scrape the pods out the best I can and shove them into the vodka. It's kind of a messy job, but it'll be worth it. I then shove the scraped pod into the bottle of vodka. As you can kind of tell by the picture, the vodka is already taking on a brown tinge of color. I shook up the bottle and then took the picture so I could show you all the little speckles of vanilla.

Also, I wanted to say that I don't think it matters what kind of vodka you use. In my opinion, the cheaper the vodka the better. I think this humongous 1.75 liters of vodka ended up costing me around 10 bucks. 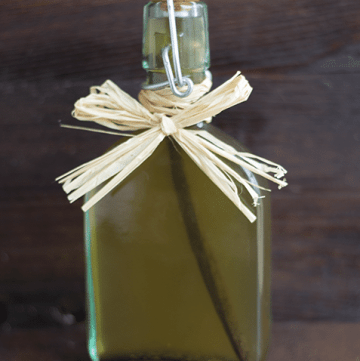